With the new year coming in, new emission norms are also on their way, so are some of the most exciting sub-10 lakh rupee cars. What are they? Here's a list of all the upcoming cars in India under 10 lakhs in 2021.

2020 is quite a turning point for the Indian automobile industry, both positive and negative meaning. As the year 2020 has marked the beginning of the mandatory BS6 emission norms and some new EV policies that are actually good actions to the country. However, the global Coronavirus pandemic and countrywide lockdown have seriously impacted the sales of auto companies in the previous months. To revive the buying sentiments from the customers, carmakers are working hard to bring in some new and exciting cars on the showroom floors, but it is the 10 lakh rupee segment that is going to see the highest number of car launches as its gets manufacturers a very large share of profit. In the year 2019 and early 2020 itself, manufacturers launched a lot of product in this segment, like the Triber, S-Presso, Grand i10 Nios, Renault Duster Turbo petrol and more, but the show’s not over yet. There are a lot more car launches lined up for the coming years. However, most of these cars are going to be priced under Rs. 10 lakhs, but what are they? Here’s a list of all the upcoming cars in India under 10 lakhs in 2021. Hornbill is to Tata what Ignis is to Maruti Suzuki. It will be based on the modular ALFA platform that also underpins the Tata Altroz. Tata has showcased the H2X concept that Hornbill will be based on. The H2X concept had a futuristic approach to the interior as it was equipped with a semi-circular steering wheel and an all-digital instrument console. It is joining the list of upcoming cars in India under 10 lakhs in 2020, as H2X in its production form is expected to launch in mid-2020 at a starting price tag of around 5.00 lakh rupees.

Skoda has just unveiled the all-new Kushaq compact SUV which is the maiden made-in-India Skoda car that comes under the VW's India 2.0 project. With the level of localisation of up to 95%, the Skoda Kushaq is expected to come aggressive in terms of prices upon its market launch. The new Kushaq gets a muscular exterior design that embraces a lot of features on the inside. The Skoda Kushaq will be powered by a 1.0-litre TSI petrol engine option that puts out 115 PS and 175 Nm of torque. The engine comes mated to two gearbox options - a 6-speed MT and a 6-speed torque converter automatic option. The second engine for the Skoda Kushaq will be a 1.5-lire TSI petrol unit that belts out 150 PS of max power and 250 Nm of peak torque. It can be had with a 6-speed MT ađ a 7-speed DSG unit.

Another car that fits well in our list of upcoming cars in India under 10 lakhs is the electric variant of the KUV100, namely the Mahindra eKUV100. Being the company's foray into the emission-free, healthy segment, the Mahindra eKUV100 will feature a 15.9 kWh lithium-ion battery that can help the SUV to do the range of around 147 km on a single charge. The eKUV100 will be an exciting option for those who are in the market for a cleaner micro-SUV that still wears almost all the bells and whistles of a regular model. The Mahindra eKUV100 will be compatible with a fast-charging system that can take the battery around an hour to charge from 0-80 per cent. The Mahindra eKUV100 is expected to get a major feature update from the regular car, including cabin precooling, dual airbags in the front, rear parking sensors, high-speed alert, ABS with EBD, etc. all the ways to make it safer and more comfortable. Maruti with its two different dealership networks, Arena and Nexa, Maruti is selling its cars to cater to two different types of audience. The Arena is for those who love purposeful cars at affordable prices, while Nexa serves the taste of those who the added sense of premiumness. Maruti recently worked on the Ertiga to launch XL6 under its Nexa chain of outlets, now it is ready to do so with the WagonR. The Nexa-spec iteration of the WagonR will be called XL5 and it will be a far plusher and premium version of the same car it will be based on, but with a price of under 10 lakh rupees. As that’s the criteria it needs to fulfil in a bid to enlist itself on the list of all the upcoming cars in India under 10 lakhs in 2020. 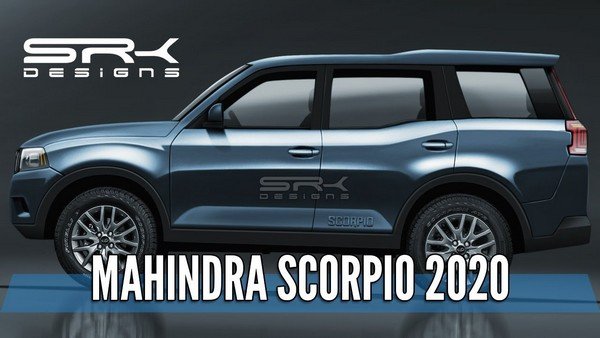 Mahindra Scorpio is a volume generator for the Indian UV king, but the car is now turning old, and Mahindra is developing a new one. If you never knew about it you were probably out of network since the last one year. The test mules of the new Scorpio have spotted numerous times on test, shedding a lot of details about the car. The new Scorpio will be even more agile, powerful, light, and potent than the outgoing car. However, the reason it is here on the list of all the upcoming cars in India under 10 lakhs in 2020 is its price tag. Current-generation of Mahindra Scorpio carries an attractive starting price tag of Rs. 9.99 lakhs and we expect that Mahindra would not change the starting price tag of the new Scorpio to keep it as an attractive option for tier-2 and tier-3 cities.

One of the much-awaited upcoming cars in India under 10 lakhs in 2021 is the Volkswagen Taigun which will come as the smallest SUV from the brand in the Indian space. The Volkswagen Taigun will be launched under the company's 2.0 strategy. It will be more or less similar to the concept model showcased at the 2020 Auto Expo. The Taigun will come with a 1.0-litre turbocharged petrol engine, good enough to produce 115 HP of power along with a 1.5-litre turbo-petrol opinion developing 150 horsepower. These engines will be seen powering the upcoming VW cars under the India 2.0 strategy in the future. Once launched, the VW Taigun will take on the likes of the Kia Seltos, Hyundai Creta, Nissan Kicks and the upcoming Skoda Kushaq.

Volkswagen Taigun To Launch By Diwali This Year, Will Rival Kia Seltos & Likes

Force first showcased the new-gen Gurkha off-roader at the Auto Expo last year and hinted at the imminent launch of the BS6-compliant model. While it was previously expected to be launched last year, the plan was delayed by the pandemic. Therefore, the BS6 Force Gurkha is expected to come to us sometime around mid-2021.

The upcoming Force Gurkha will come with a host of changes to its styling and interior features. At launch, it will be powered by a 2.6-litre diesel engine option that makes 90 PS and comes paired with a 5-speed manual transmission. There's also another 2.2-litre diesel engine expected to join at a later stage.

With these above cars, the list of upcoming cars in India under 10 lakhs in 2021 comes to an end. If you think we missed out on something, let us know.