Kia Motors will hit the Indian market with the launch of SP Concept-based SUV and then the Kia Sportage, which will directly lock horns with Tata Harrier.

Kia Motors will enter the Indian market in 2019. The first launch will be the SP Concept-based SUV, and the Kia Sportage will be the next. The former is set to launch in the second haft of 2019. Its plan after the SP Concept production version includes one all-new vehicle to introduce every six months in the next three years. It is estimated that there will be about five to six models to arrive in the upcoming three years.

Also read: Kia Motors to Launch Vehicles in India in 2019

The latest teaser from Kia Motors tilted “Are You Ready For Kia?” reveals images of the Kia Storage. It is rumoured that it will be the next big launch after the SP Concept SUV. If it is true, then the launch date might be around the late 2019 or early 2020.

Are you ready for Kia?

The exterior of the India-spec Kia Sportage will strongly resemblance its global version, but minor tweaks are expected to make it suitable and appealing to the India customers. Kia will hold on to its premium brand images, and attach its models with upmarket offers, so expect the Sportage to bear the same mark. 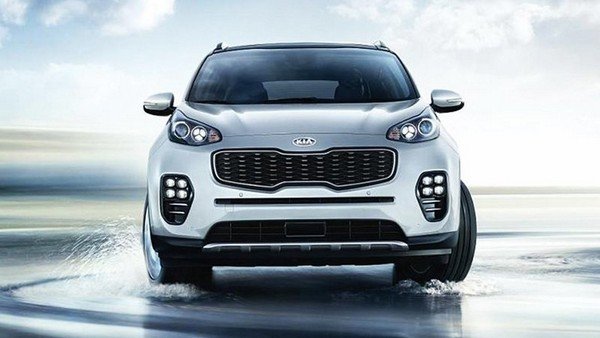 On the engine front, it is quite certain that Kia Sportage will pack with BS-VI complaint engines, in accordance with the upcoming emission norms that will go in to effect in 2020.

Underpinned by Hyundai Tucson’s platform, Kia Sportage will be priced around 15 lakh to 20 lakh. Its competitors are expected to be the Hyundai Tucson, Jeep Compass, and Tata Harrier.

>>> 2019 Kia Sportage: All To Know About This Upcoming Compact SUV