Tata Motors has dropped the TVC for the newly-revealed Safari. The Safari comes with many upmarket features.

After a long wait, Tata Motors has revealed the all-new Tata Safari on January 26th 2021. The production of the new SUV has commenced at the Tata’s manufacturing facility. It is expected that the first units of Tata Safari will reach the dealerships across India by the end of this month. As a part of the promotion campaign for the new Safari, Tata has dropped a new TVC previewing all the highlight features of the Tata Safari.

The first part of the TVC shows the exterior of the SUV. Beautiful shots give us a look at some highlights of the exterior like the 18-inch machined alloy wheels, gloss chrome-garnished tri-arrow grille, dual headlight setting with dual function LED DRLs and Xenon projector headlights, rugged dual-tone roof rails with Safari badging. On the rear end, Tata Safari gets a signature twin-light LED taillights. It is easy to point out that Tata has given the Tata Safari a new bumper design that is different from the one on its original model, Tata Harrier. Silver cladding is added to the lower part of the bumper, resembling twin exhausts.

Next, the viewers are invited to take a look at the interior of the Tata Safari. From the first look, it should be noted that the Tata Safari gets a signature Oyster white theme combined with Ashwood colour for the dashboard. It is not hard to see that the cabin of the Safari is designed with the intention to provide ultimate comfort and premiumness for the occupants. Tata Safari is available with two seating configurations, six-seater and seven-seater. For the six-seater version, there will be two captain seats for the second row. 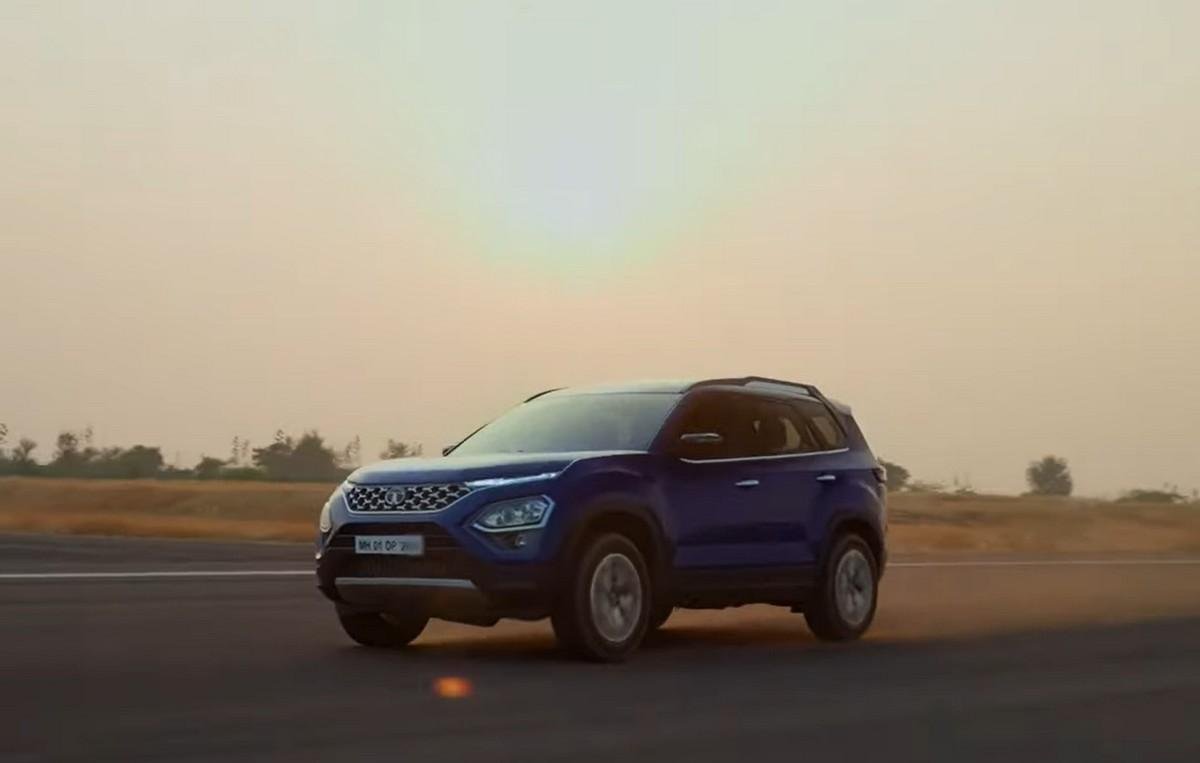 Besides sharing the platform with Tata Harrier, Tata Safari also borrows the powertrain options from its predecessor. The SUV is powered by the same 2.0-litre turbocharged Kryotec diesel engine that puts out 170 Ps and 350 Nm. It is offered with two gearbox options, 6-speed manual and automatic transmission options.