The updated model of the electric sedan will be revealed on 18 August 2021.

Tata Motors has shared a press release announcing the unveiling date of the new Tata Tigor EV. The updated model of the electric sedan will be revealed on 18 August 2021. Expect the upcoming EV to feature revised styling. It will also be equipped with Tata Motors’ Ziptron technology which is being used in the current Tata Nexon EV. 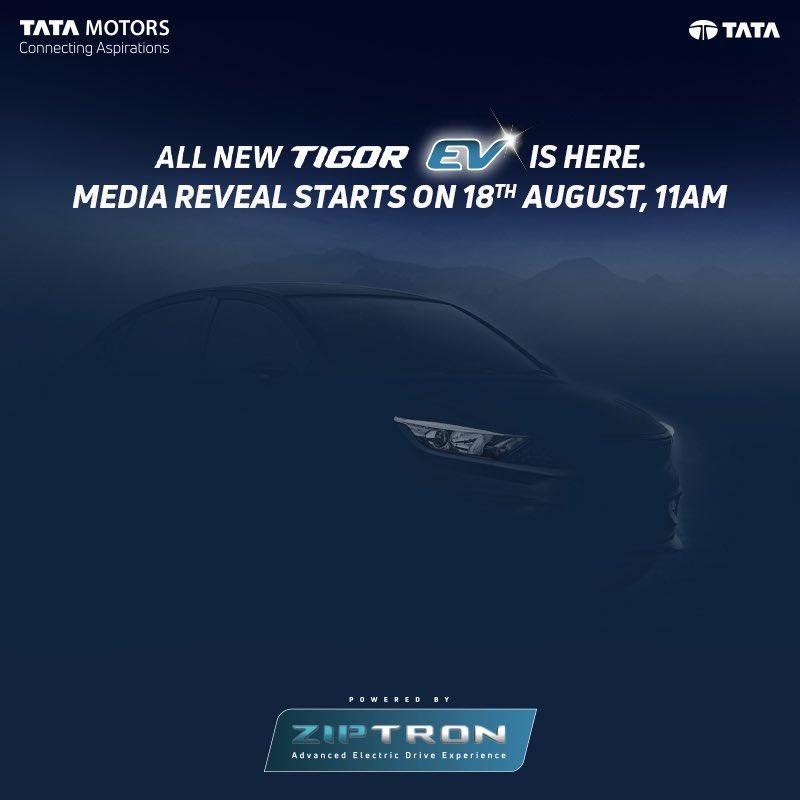 Since the new Tata Tigor EV will share the same Ziptron technology that the company uses in the Tata Nexon EV, there is quite a high probability that the specs of both the electric cars could be similar. For reference, the Nexon EV has a 300V PMS electric motor and a 30.2 kWh lithium-ion battery pack.

The Tata Tigor EV was earlier available only for the Govt and the fleet operators. It is still available for them, however, under a different name - XPres-T. The new Tigor EV will be on sale for private buyers. The expected price of the updated model should fall in the INR 11-14 lakh bracket. More details about the new EV will be revealed later this week.