The new generation of the celebrated Maruti Alto is projected to come to us by late 2019. Extensive design changes and the introduction of BS-VI engine are confirmed.

Has been a roaring success for India’s largest carmaker- Maruti Suzuki, the Alto climbs up the sale charts with the total 2.5 Lakh sale unit recorded in 2017 and in 2018 as well. Up to now, the Maruti Alto has celebrated the landmark of over 35 Lakh units sold in the Indian market. Slated to bring in an all-new avatar, the next-generation Maruti Alto is likely to put in an appearance by year-end 2019. Promised to cling to the outgoing Alto’s prominence in the Indian auto space, the all-new Alto is bound to come with a host of upgrades under the car’s bonnet along with major tweaks on the interior, exterior and features of the vehicle. Speaking to the media about its plan on the Maruti Alto facelift, Maruti MD Kenichi Ayukawa supposed that the current-gen Alto hatchback “has become older” as the increasingly higher aspirations and needs. The Alto makeover is confirmed to get a new BSVI-conformed engine option to replace the outgoing engine-transmission combination. Presently, the Alto 800 is up for grabs with a 796 cc three-cylinder gasoline engine tuned for 48 bhp of power at 6,000 rpm and 69 Nm of torque at 3,500 rpm. Whereas, the Alto K10 sibling gets the power from a 1.0-litre K10B three-cylinder petrol engine which can produce a more aggressive power of 67 bhp at 6,000 rpm and the peak torque figure of 90 Nm at 3,500 rpm units. The Alto 800 is mated to a 5-step manual gearbox while the Alto K10 comes with a 5-speed automatic gear shift transmission and an optional 5-speed manual transmission. It is noticeable that apart from getting new powertrain options in adherence to the BSVI emissions standards which is scheduled to take effect from April 1, 2020, all models from various carmakers must be compliant with updated safety rules under the Bharat New Vehicle Safety Assessment Program from October 1, 2019.

Though the newcomer’s details are still being camouflaged, some rumour revealed that the next-gen Maruti Alto will accommodate the R06A 658 cc three-cylinder engine unit which also powers the Japan-spec model. The Japanese iteration, currently, is capable of generating 50bhp of max power and 63 Nm of max torque along with a commendable mileage of 37 kmpl. A thing is, the Maruti Suzuki Alto facelift will be more likely to share the Heartect platform as the 2019 Maruti Suzuki WagonR to attain a stronger body structure and lightweight. 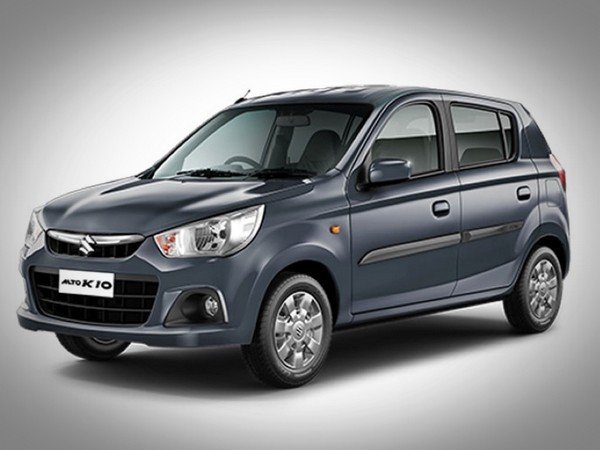 Despite the fact that the new Suzuki Alto’s features are still under the wraps, we could strongly believe in standard safety fitments like anti-lock braking system (ABS) from April 2019. In several couples of months, the Maruti Suzuki Alto, apparently, will take a fierce competition with some big rivals in the market like the Renault Kwid which is currently available at Rs 2.67 Lakh (ex-showroom, India). Price of the upcoming Alto, of course, is yet to be revealed but once it’s launched, it will put an end to the slow-selling counterparts in Maruti’s production lineup such as the Maruti Omni and Gypsy.