The long-awaited Nissan Kicks SUV has eventually been launched in four variants and two motor options. The new Hyundai Creta rival from Nissan is priced from Rs 9.55 lakh to Rs 14.65 lakh.

The new Nissan Kicks SUV is available in four variants: XL, XV, XV Premium and XV Premium +. Underpinned by the upgraded version of the Renault-Nissan’s M0 platform. The India-bound Nissan Kicks has greater dimensions, better-designed and also better-equipped than some of its global siblings. It is also fully packed right from the base variant.

Nissan Kicks To Launch In India On January 22 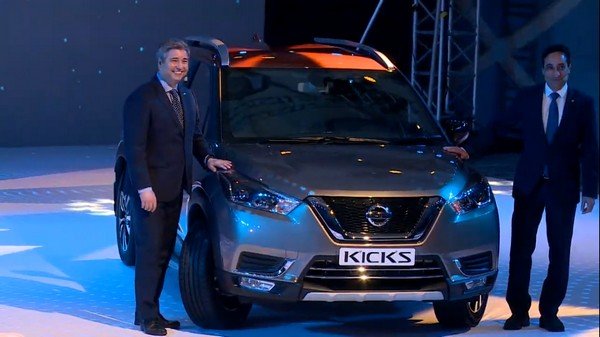 Even the base XL variant is equipped with such features as LED DRLs and power-adjustable wing mirrors integrated with turn indicators on the outside; an audio system which supports Aux, Bluetooth and USB connectivity, automatic temperature control and rear air conditioner vents in the cabin. The safety kit for this variant includes standard features like two front airbags, ABS with EBD, rear parking sensor and a rear defogger.

The XV Premium + variant is replete with an impressive list of segment-leading features, which ensures a comfortable and a safe journey for the passengers. The feature list includes LED automatic headlamps, an optional contrasting roof and wipers for the exterior; an 8.0-inch touchscreen infotainment system which supports Android Auto and Apple CarPlay connectivity, a start push button, a 360-degree camera, speed control and leather seat coverings for the interior. This vehicle will leave the passengers with no worry about safety with some top-notch safety features like four airbags, ABS with EBD, hill-holder and fog lamps in the rear. 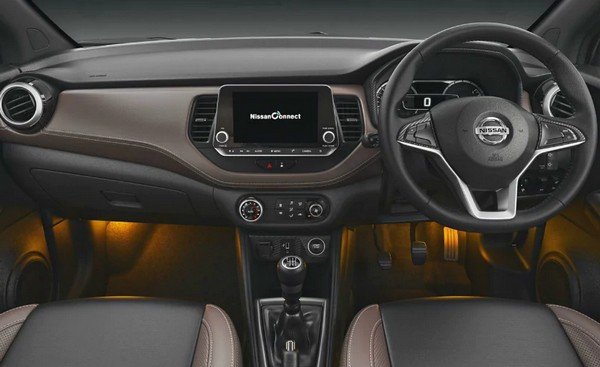 The Nissan Kicks is well-equipped from the base variant

All variants are offered with seven colour options for the exterior; only the top-spec XV Premium + has an additional two-tone option.

Under the hood of the new Nissan Kicks is two motor options. While the 1.5L petrol motor can generate a maximum power of 106 hp against a peak torque of 142 Nm, the 1.5L diesel engine is good for 110 hp against 240 Nm. The transmission duties on the petrol and diesel versions are undertaken by a 5-speed MT gearbox and a 6-speed MT unit, respectively. The ARAI-rated mileage figures are 14.23 kpl for the MT petrol, 20.45 kpl for the base MT diesel and 19.38 kpl for the top-spec diesel variants. For your information, the Hyundai Creta is priced at Rs 9.60-15.64 lakh; the Renault Captur has a price range of Rs 9.99-13.25 lakh. The Nissan Kicks SUV is aggressively priced from Rs 9.55 lakh for the base variant to Rs 14.65 lakh for the top variant in order to effectively compete against its rivals. However, it remains to be seen whether its competitive price will translate into good sales for the new model.

Refer to the table below shows for the detailed price list of the Nissan Kicks across its variants.