Performance-spec Lamborghini Urus In The Works

The world’s fastest SUV, Lamborghini Urus will make a comeback with a more performance-oriented, highly-tuned iteration in the times to come.

First launched in India in early 2018, the Lamborghini Urus does not need an introduction. Known as the second production-spec SUV in the Italian legendary automaker’s record book, the Lamborghini Urus draws its power from a 4.0-litre twin-turbo V8 engine tuned for a mighty power of 650 hp and a decent torque of 850 Nm. The Urus can sprint from 0-100 km/h in only 3.6 seconds and hit a top speed of 305 km/h. No doubt, it can be crowned as the king of SUVs. 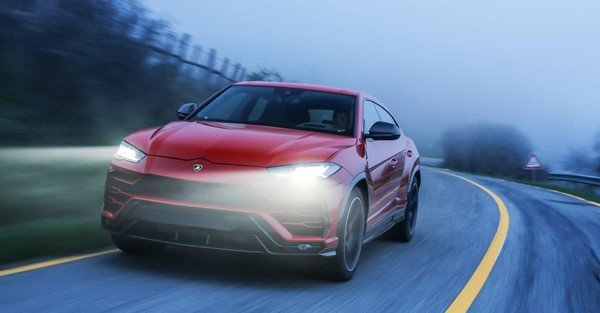 The higher performance-spec version of Lamborghini Urus is on the offing to join the markets in the coming years.

However, the Italian marque now seems to be contemplating an even more powerful model. Various publications suggest that the supercar-maker is mulling over introducing something more exciting on the table and according to an unofficial source, Lamborghini will be working on a more performance-focused version of the Urus SUV. Now that the Italian manufacturer has been much famous for producing more compelling ultra-powerful versions of its standard packages like the Lamborghini Aventador SVJ or the Huracan Performante as some examples, this movement appears to fall in line with the tradition of the automotive company.

Powering the new exclusive Urus should be the same V8 engine that also powers the original version but in a higher state of tune. Besides, the lightweight materials and incredible Lambo’s ALA aerodynamics system would be put to good use for the sake of agility and greater speed during the moves and turns. That said, the regular 650 hp SUV will get a more highly-tuned version which is said to level up the game to a higher extent.

The high-performance version of the Lamborghini Urus will not be the only derivative in the SUV’s model range. In late last year, the Urus ST-X concept model was unveiled by the company’s motorsport division, Squadra Corse to the press and public. The model which is slated to undergo a number of updates inside out is meant to be a track-focused race car, which will be used for the brand’s one-make racing in 2020. The launch timeline for the new special edition of Urus is still unclear. Till then, the carmaker will carry on selling the standard Urus that is currently rivalling some luxury-focussed models likes of Porsche Cayenne and Bentley Bentayga.