0 0
The Indian auto market has already welcomed a next generation of the ideally perfect SUV of Porsche, the all-new Porsche Cayenne which is said to blow a ‘breath of fresh air’ to the sport utility vehicles space.

It has been crossing fifteen-year mark since the first SUV of the famous auto manufacturer, Porsche Cayenne debuted in the US in 2003. Yesterday, the celebrated sports-car maker introduced its legendary nameplate with plenty of mechanical and technological updates marking its initiative to boost sales in the Indian Auto Market. The 2018 Porsche Cayenne deserves its “legendary” reputation. It would come to your mind a sense of being captivated when your eyes absorb all 3-D of the sports car from every direction.

Appearance-wise, the new-gen Porsche Cayenne’s design is prettily identical to its predecessor but brings in several cosmetic changes. It comes with:

This all-new model looks sportier and more handsome than the outgoing model. Besides, the interior is influenced intensively by the Panamera. The centre console offers a 2.3-inches touchscreen infotainment system and numerous connected features offered by Porsche together with scores of driving aids. Under the bonnet, this new-gen SUV will offer two oil-burner options including a 3.0-litre turbo V6 that produces 335hp of max power and 450 NM of peak torque. This model will be available with four driving modes to choose from: mud, gravel, sand and rocks to alter the power delivery gripping in different topography. The 2018 Porsche Cayenne will appear with four variants: Cayenne, Cayenne S, Cayenne Turbo and the Cayenne E-Hybrid.The most-awaited E-Hybrid version will get the same 3.0-litre V6 engine making 340hp as standard but it will get an auxiliary electric motor once the main powertrain falls into any problems. In the global market, the Hybrid is claimed to go from 0 to 100 kmph in only 5 seconds and the maximum speed is 253 kmph. 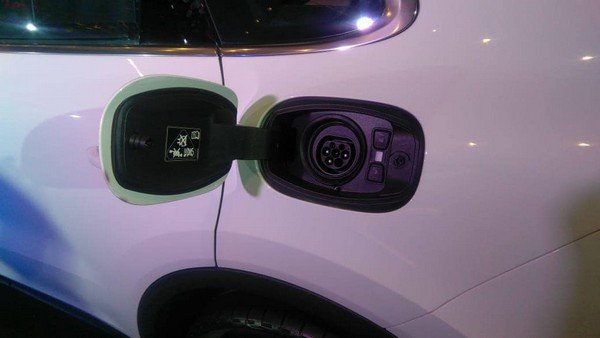 The 2018 Porsche Cayenne comes with the first E-Hybrid version

Facelifted Porsche Cayenne To Launch in India in on October 17

Porsche Says No To Diesel Engines For Good