The South Korean automaker claims that 60% of the new 2020 Hyundai Creta buyers choose the diesel version instead of the petrol and turbo petrol ones.

The Hyundai Creta, one of the most popular SUVs with the Indian auto customers, has passed the 5-lakh-sale milestone in the country since its launch five years ago. Quick calculations show that the carmaker has sold more than 11 units of Hyundai Crerta every hour since the nameplate's local launch. While the original Creta was a huge success, the new-gen model, which was launched in March this year, has already crossed 65,000 bookings. 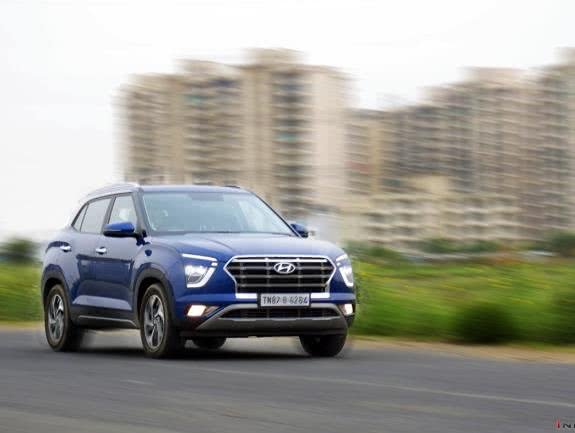 The Hyundai Creta is one of the most popular SUVs in the Indian auto market.

Check Out These Used Examples Of The 2020 Hyundai Creta

60% of the total bookings received so far are for the diesel version and the rest are for the naturally-aspirated petrol and turbo petrol models. While other automakers are discontinuing diesel motors due to the higher costs and lower demands, Hyundai is proving that they are all wrong. While many experts claim that in the foreseeable future, petrol and green types of fuel will serve as the major driving force, others are still persuaded that diesel motors will continue to record high demands.

The 2020 Hyundai Creta receives its power from three motor options. The diesel one is a 1.5-litre 3-cyl turbo motor which can generate 115 PS against 250 Nm, which is slightly low on power but the torque is sufficient to make it move. The transmission duties on the diesel version are undertaken by a 6-speed MT/6-speed torque converter. The 1.5-litre gasoline burner can deliver the same output figure and is mated to a 6-speed MT and an iVT transmission. The most enthusiastic motor to drive with is the 1.4-litre T-GDI turbocharged petrol unit which can produce 143 PS against 240 Nm and is coupled with a standard 7-speed DCT. Although the last one brings more fun when driving, the Indian auto customers seem to prefer cars with better fuel mileage and a higher torque figure.

The new Hyundai Creta is priced from INR 9.99 lakh to INR 17.29 lakh (ex-showroom). The prices of the top-spec SX(O) trim of the turbo petrol and diesel Creta are almost the same as each other, which is also one of the reasons why the sales number of the former do not live up to expectations. In the Indian auto market, the Hyundai Creta competes against the Kia Seltos, Nissan Kicks, Renault Captur and the upcoming Skoda Vision IN and Volkswagen Taigun.