Tata Altroz To Be The Lead Car At 2020 Mumbai Marathon

The homegrown carmaker has confirmed that the upcoming Tata Altroz will show up at next year’s Mumbai Marathon as the event's lead car.

Mumbai Marathon, or Tata Mumbai Marathon, is an annual sporting event sponsored by Tata Consultancy Services. This annual marathon is held on the third Sunday of January every year. This year, on January 23rd, Tata fielded the Harrier SUV as the lead car for the event. And now, it has been confirmed that Tata Altroz is going to take the role of the lead car at the Mumbai Marathon that will be held on January 19th next year. The Tata Altroz is an upcoming premium hatchback that is scheduled to launch around the festive season this year. 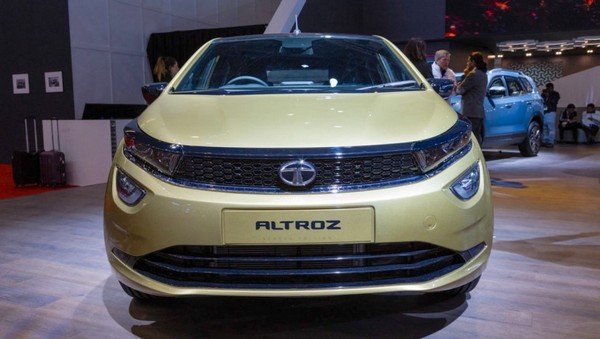 Tata Altroz is scheduled to launch on January 19th next year

Tata Altroz was developed from the Tata 45X Concept showcased at last year’s Auto Expo. It was then displayed at the Geneva Motor Show in the form of a near-production version. Tata Motors claims that the Altroz will be fully-equipped with a wide range of features. In general, the upcoming vehicle will be premium in every sense of the word. Ahead of its launch, Tata Altroz has already been spotted testing on the Indian roads a couple of times. In terms of exterior styling, Tata Altroz is influenced by the IMPACT 2.0 design language, just like  Tata Harrier. Notably, the Altroz features front split headlights and a dominant grille with sharp taillights.

For the interior, Tata Altroz gets some premium fitments like a floating touchscreen display and a digital instrument cluster. Other key interior features  include a flat-bottomed steering wheel, a high-quality sound system, cruise control, automatic climate control and rear AC vents. 2020 Mumbai Marathon will be held on January 23rd

Tata Altroz will be available with both diesel and petrol engine - a 1.2-litre 3-cylinder petrol and a 1.5-litre turbocharged diesel mill. Both of which are sourced from Tata Nexon, but Tata will retune these engines for better fuel economy on the Altroz. Tata Altroz is likely to come with a standard 6-speed manual gearbox. An automatic transmission might not be available at launch but it is expected that a dual-clutch unit will be offered at a later stage.

After entering the premium hatchback market, Tata Altroz will take on the likes of Hyundai Elite i20, Maruti Baleno, Honda Jazz and Toyota Glanza. The price of the Altroz is not confirmed yet. However, it is expected that Tata will price the Altroz competitively.