18 0
In addition to the Android Auto, now Tata Tigor and Tiago will get Apple CarPlay support.

Until now, the top-spec XZ+ trim of the Tata Tiago and Tigor have been available with a touchscreen infotainment unit that offered compatibility only with Android smartphones, thereby turning a blind eye to iPhone owners. Now, however, both the vehicles will be available with both Android Auto and Apple CarPlay. With the addition of Apple CarPlay support, both the vehicles should now appeal a tad more to iPhone users. With a monthly sales of around 8,000 units per month, the Tiago has been the largest-selling Tata car in India. The Tigor, however, is less popular, registering a sale of around only 2,000 to 3,000 units per month. 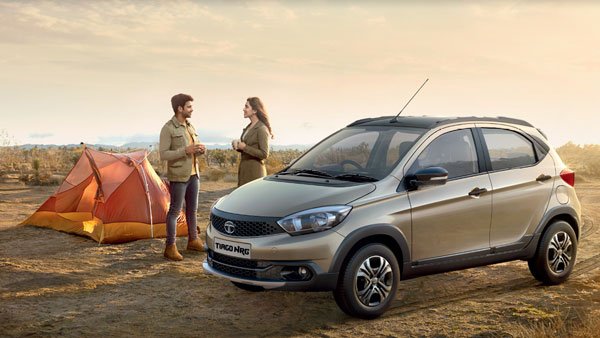 Back at the time of its launch, Tata Tiago hatchback had a starting price of Rs. 3.2 lakh (ex-showroom). However, several updates later, the hatchback now retails at a starting price of Rs 4.34 lakh. However, it is still among the most value-for-money options in its segment. In comparison with other models in its class, the Tiago offers more features, more interior space, and even a crossover-inspired NRG variant.

At the moment, Tata Tiago gets two power options, namely a 1.2 litre naturally aspirated petrol and a 1.1-litre turbocharged diesel. These engines deliver 84 Bhp/115 Nm and 69 Bhp/140 Nm, respectively. A 5-speed manual gearbox is standard on both the motors, while the petrol model is even available with an optional AMT. The Tigor offers the same powertrain options as the Tiago. Besides the regular variants, Tata also offers a special performance-oriented variant that is sold with the JTP moniker. This version is powered by the Nexon's 1.2-litre turbo petrol engine. Moreover, it also features an updated suspension that aids handling.