0 0
Toyota Fortuner TRD Edition is introduced at the price of Rs 33.85 lakh. This special edition features a couple of cosmetic updates.

Even though Toyota Fortuner is not among the most dominant car makers in the market. With its limited number of models on offer, Toyota still manages to keep a cult following in India mostly thanks to its best-selling models like Toyota Fortuner and Toyota Innova Crysta. In the last ten years, Toyota has sold over 1.6 lakh units of the Fortuner. To celebrate the tenth year in the market, Toyota has just introduced that 2019 TRD Celebration Edition Toyota Fortuner.

The newly-introduced variant is built on the 4x2 AT Diesel variant which is currently on sale at Rs 31.68 lakh. At Rs 33.85 lakh, this special edition variant is more expensive than its original model by 2.17 lakh. On the outside, the most distinctive update on Celebration Edition is the new dual-tone colour scheme of Pearl White body and a contrasting black roof. To differentiate its own identity from the regular model, the Toyota Fortuner Celebration Edition bears a unique TRD badge on the front grille. Some other newly-added design elements include a front and rear bumper with faux skid plate as well as all-black 18-inch alloy wheels. 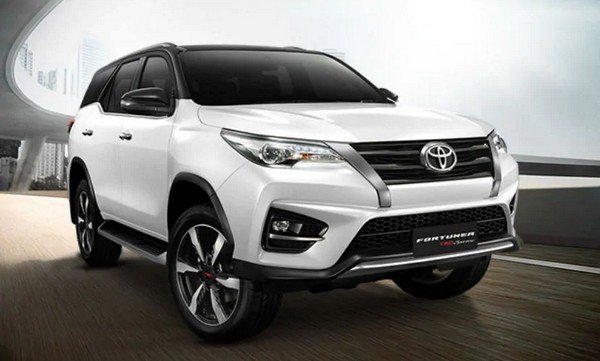 Inside the cabin, Toyota Fortuner TRD features a dual colour scheme of maroon and black colour. Alongside, the dual-tone seats are decorated with contrasting stitching, which takes the style of the Fortuner to the next level. Similar to the exterior, the interior continues to bear the TRD badges on its seats. Apart from the cosmetic updates, the Fortuner TRD comes with the same features. It continues to sport a 7-inch touchscreen infotainment system, a TDT information display, capacitive switches for the audio control, and an audio system of 6 speakers. On the safety front, 2019 Toyota Fortuner TRD comes with 7 airbags, ABS with EBD, hill start assist, start-stop push-button, parking assist, a rear sensor with camera, and 8-way power seats for the front. The car is also equipped with multiple driving modes, electric adjustable ORVMs and an automatic tailgate.

About the engine, the Toyota Fortuner Celebration Edition is powered by a 2.8-litre diesel engine which is used on the regular model. This engine can develop a maximum power of 177 PS and a peak torque of 450 Nm. This engine is paired to a 6-speed automatic gearbox. The addition of the new TRD variant is expected to boost the sales of Toyota Fortuner. For more information, visit IndianAuto.com.