Toyota Rush will enter the Indian market and compete with the likes of Tata Harrier, MG Hector and Kia Seltos.

Recently, Toyota brought its Rush SUV to the stage of the 2019 Gaikindo Indonesia International Auto Show (GIIAS). At the event, a Toyota Rush in metallic grey exterior paint was showcased. To emphasize the practicality and its highlight function as a capable off-roading SUV, Toyota Rush showed up with a bicycle and a kayak rack loaded on the rooftop. Toyota Rush is not available in our market yet. However, speculations around the launch of this car have been circulating around for a while. Sources from Toyota dealerships claimed that Toyota Rush will be introduced to Indian customers in the next two years. For all that, no official statement from Toyota about the launch of this SUV was made. The length of the international Toyota Rush measures 4,435 mm. The width and height are 1,695 mm and 1,705 mm respectively. The global Toyota Rush gets the wheelbase of 2,685 mm and the ground clearance of 220 mm. About the powertrain, Toyota Rush sources power from a 1.5-litre Dual VVT-I petrol engine which could put out the maximum power of 105 PS and a peak torque of 136 Nm. This engine comes with two gearbox options, a standard six-speed manual transmission and an optional automatic gearbox. In the global market, Toyota Rush is available in both five-seater and seven-seater configuration. 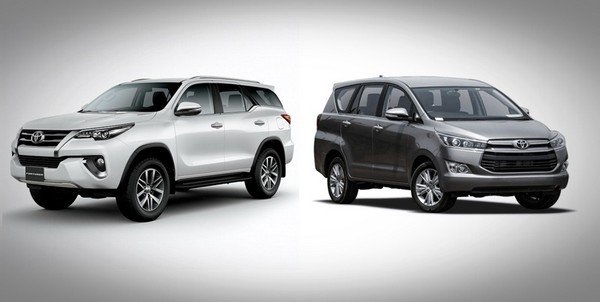 In India, Toyota is not as popular as the market-leading carmakers like Hyundai and Maruti Suzuki. However, the Japanese manufacturer remains a consistently strong presence in the SUV market. The entrance of the Toyota Rush would play a key role in expanding Toyota’s share in the SUV market, especially in the mid-size SUV segment. If launched, Toyota Rush will face competition against the like of Tata Harrier, Hyundai Creta, Jeep Compass and the currently launched MG Hector and the soon-to-launch Kia Seltos. The prospect of the mid-size segment is tempting enough for Toyota to consider introducing the Toyota Rush in our market. Plus, considering the success of the Toyota Fortuner and Toyota Innova Crysta, Toyota has a solid foundation in developing SUVs that could fulfil the needs of India customers.

Besides, Toyota is now in partnership with India’s largest carmaker Maruti Suzuki. The two car manufacturers have collaborated to introduce Toyota-rebadged Maruti Baleno (Toyota Glanza). Apart from this hatchback, Toyota and Maruti will also work together in various projects, including rebadging the Brezza SUV and Ertiga MPV.

Get more car news and reviews by visiting IndiaAuto