The Volkswagen T-Sport is VW’s latest upcoming vehicle. It is a coupe-styled sub-compact SUV based on the Polo hatchback, and will sit below the T-Cross.

Volkswagen is reportedly working on a sub-compact Coupe-SUV, or an “Urban Coupe” as VW calls it. The vehicle will be called the T-Sport, and will be sold in emerging markets like China and South America. There are talks of introducing the vehicle to Russian and European markets as well. With the rising global popularity of SUVs, especially compact SUVs and Crossovers, it makes sense for Volkswagen to make this decision. VW expects to appeal to the urban, style-conscious buyers with the T-Sport.

The upcoming coupe-SUV was teased by Jürgen Stackmann, a board member of VWAG, via a sketch on twitter. It was drawn by José Pavone, Head of Design SAM. The first teaser of the upcoming VW T-Sport

The T-Sport will be built on VW’s MQB A0 platform, which also underpins the Volkswagen T-Cross and Skoda Kamiq. In the powertrain department, the T-Sport is expected to offer a 1.0-litre turbo-petrol and a 1.6-litre naturally aspirated petrol. The transmission choices might include a 5-speed manual, a 6-speed torque convertor automatic, or even a DSG automatic. 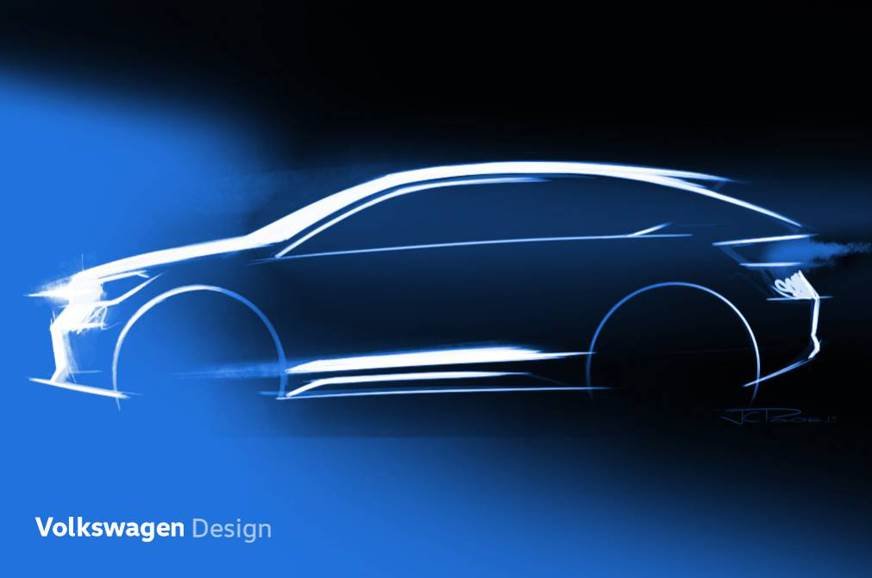 Volkswagen T-Sport will have a coupe-like sloping roofline

Also See: Volkswagen T-Roc Cabriolet is the T-Roc SUV with a Soft-top

There has been no word for an India launch, but seeing the popularity of sub-compact SUVs in India, like the Hyundai Venue, Maruti Suzuki Vitara Brezza, Mahindra XUV300, Ford EcoSport, etc, it would be safe to assume Volkswagen is considering it as a part of their India 2.0 scheme. As the vehicle is still in the initial phases of development, the global unveil would happen sometime around mid-2020.