What To Expect From The Upcoming Tesla Model 3?

The American automotive company specializing in electric cars has revealed that its Tesla Model 3 will reach India in late 2019.

The increasing resurgence of the electrified vehicles in the Indian market has made the country the fully potential playground for electric automotive companies, especially the American company, Tesla Motor. Indeed, the company has planned to join in the domestic market in September 2018 but it missed the date due to some issues related to policy clarity. The first Tesla vehicle will be the Model 3 which is anticipated to hit the shores by 2020 and get the starting price of approximately 35 Lakhs (before import). Built on the new platform, the Tesla Model 3 is packed with a modern design language with a sloping roofline and a low-hung bonnet along with a strip of chrome at the rear same as the Model X and Model S.

The Model 3 is developed on the new Tesla's platform

As an electric car, the Model 3 offers a rigid structure which is made of ultra-high-strength steel mixed with aluminium materials which enable reducing the overall weight of the car as well as increasing the occupant protection. With the low centre of gravity, the Model 3 shows to involve in a low rollover risk. The centre pillar and the impact-absorbing rails are reinforced while the battery pack are strengthened to provide better safety for an occupant from every direction. 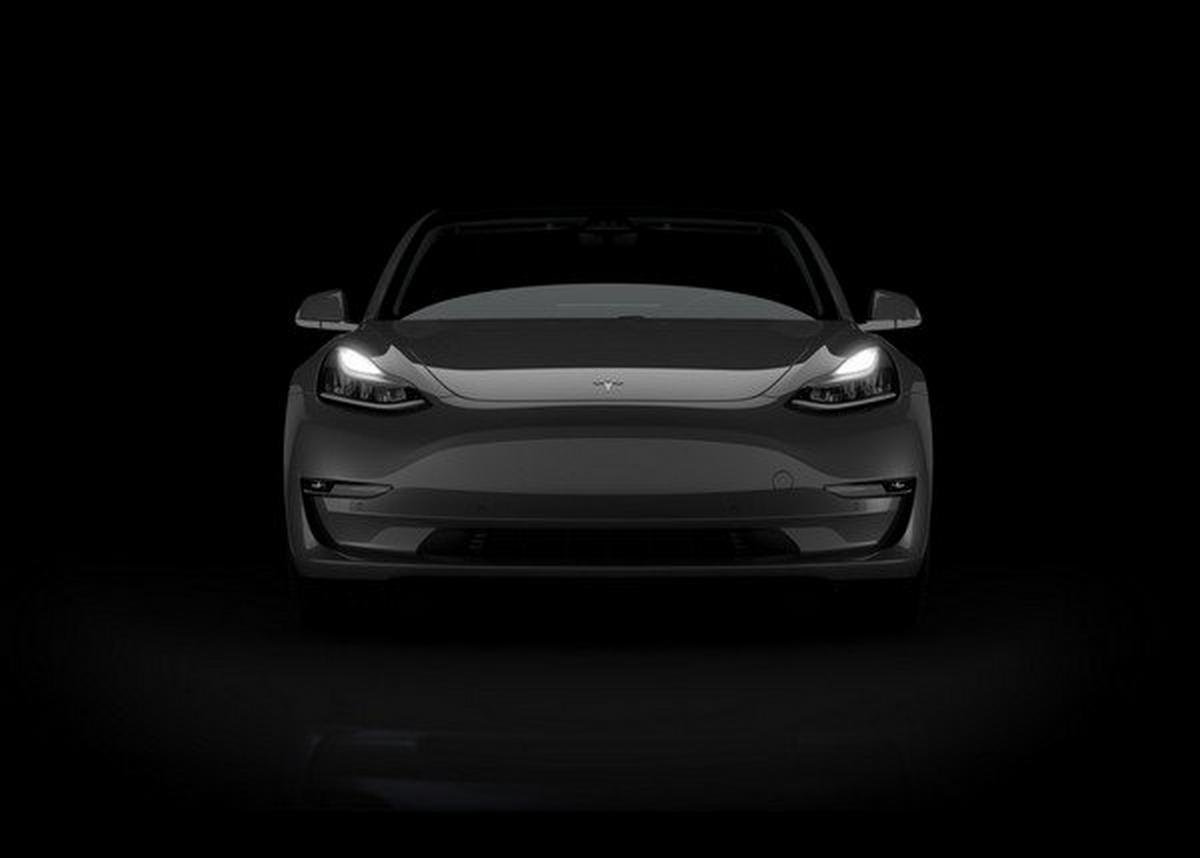 The entry-level electric sedan features a low centre of gravity

It comes with a spectacular performance

Coming as the 5-seaters electric luxury sedan, the Tesla Model 3 makes a strong impression in the auto enthusiasts by its dynamic performance for an electric car. The dual motor AWD system with 20-inch Performance Wheel and Brakes are available in the vehicle. Powered by a lithium-ion battery pack, the sedan uses advanced charging technology that is claimed to be denser than the outgoing model. The cooling system is also updated to protect the powertrain. The car offers 499 km range and the quickest acceleration of 3.3 seconds to sprint from 0-100 km/h. The performance version is capable of accelerating from 0-100 km/h in 3.3 seconds

The Ludicrous mode added to the vehicle makes the Model 3 enters the fastest car list. Besides, the carbon fibre spoiler is also supportive to enhance the aerodynamics and the driving stability of the car at the top speed of 250 kmph.

As mentioned above, the new Model 3 is available with the All-wheel Drive system that offers two different motors. What’s unique, these engines can control the torque digitally to the front wheels and rear wheels in order to get better handling and traction control. These motors can be alternatively used on the go so that drivers don’t need to care about getting stuck on the road.

The Model 3 gives you the range of 499 km on a single charge. The fully electric vehicle could be recharged for 273 km in 30 minutes at the Supercharger location. Tesla has developed over 10,000 Superchargers around the world with average 6 new opened locations each week.

The sedan appears masterfully as the model of advanced technology

It is not exaggerating to say that Tesla has succeeded in accessing to the future of driving. The autopilot safety and convenience features are designed in Model 3 to promote the most hassle-free driving experience. Equipped with standard advanced hardware which provides today convenient features with a vision to the future autonomous driving capabilities.

The Autopilot features include a 360-degree camera giving the full visibility, a 160m forward collision radar providing the view of the forward objects as well as 12 ultrasonic sensors preventing the driving hazards and collisions and offering the parking assistance. The interior displays exactly the sense of modernity and opulence

Inside the vehicle, it is incorporated with a 15-inch centre display along with the 19-inch alloy wheels on offer for additional costs and the performance pedals boasting the sophisticated interior styling. The instrument panel and the larger sunroof allows a spaciousness in the legroom and cabin

The Model 3 utilises your smartphone as the key to access to all driver controls with the over-the-air software in accordance with a variety of functions and features. Two smartphone chargers are available in the premium and efficient centre console with plenty of covered storage and two cup holders. Comfortable backseats with large legroom and all-glass roof with its seamless view help enhance the travelling pleasure for passengers in the Model 3.

The convenience of driving is also offered on

The 5-seater sedan has got five-star safety rating in the American regulations in all categories and offered full safety aids. With all these aforementioned special features, the upcoming sedan is claimed to be the first and foremost affordable fully electric sedan from the American carmaker to enter the Indian auto space. The renowned automotive company has figured out the production method to manufacture the Model 3 quickly while keeping the under-check cost. The US-spec version has the starting price of 35,000 US dollars whilst the India-spec vehicle could be costlier due to the Goods and Services Tax on CBUs. The car is likely to come with the price of Rs 70 Lakh to Rs 90 Lakh (ex-showroom, India) to rival with the likes of Mercedes-Benz CLS and Audi S5. In the global market, the Model 3 has been under the pipeline in June 2018 in San Francisco which has committed to producing 500,000 units every year. Tesla Motor has claimed that the company can release 20,000 units of the Model 3 each month from December 2017. However, the timeline for the coming of the Tesla Model 3 in the Indian auto space has been pushed back. Tesla is talking with the Indian government about its vehicle launch and the prospect of an India-spec electric Tesla car to ply on the Indian roads is very positive.

The obstacle on the launch is caused by the import duties structure lucidity and policies on the localized vehicle that has been discussing between the American carmaker and the authority. Tesla has figured the way out through single-brand retail route which commits to locally source 30% of the components instead of using the CBU format which raises 110% of import duty and makes the car become too expensive. The vehicle will hit the dealers in India by late 2019

Another hurdle for bringing the Tesla Model 3 to the Indian roads is the infrastructure. It is important for the automotive company to build charging stations across India. The advanced charging technology of the car also delivers the time waiting period to developing the charging facilities that take a long period of time to complete. Beyond the challenges, the Indian auto fans will have great chances to watch or real-time use the first electric Tesla models which have been globally celebrated in the world with a long awards list due to the striking points offered in the vehicle.