Here are the top10 highest fuel tank capacity cars in India that can run 1000km on one fill.

Having great mileage is a key selling point for an SUV in India. Moreover, an SUV which could go on a long long drive without a hiccup, or without pulling your car over for a fill, is exactly what's required. A gas station is not always available as per your convenience. Sometimes it is nowhere to be found when you need it the most, which is most likely to be the case when you hit the road for a long drive on an unfamiliar route.

For a car to drive a long way, say 1000km, in one tank filling, it has to have high mileage and a huge tank capacity. Here, IndianAuto provides the list of the top 10 highest fuel tank capacity cars in India that could live up to the expectation of going 1000km on one single tank fill.

Ford EcoSport is the trendsetter for the recent rise of the compact SUV segment. Being one of the first cars to venture into this segment, Ford EcoSport has established a solid recognition in this place. The latest updates back in 2017 have given the car a new appearance that makes it look fresher. 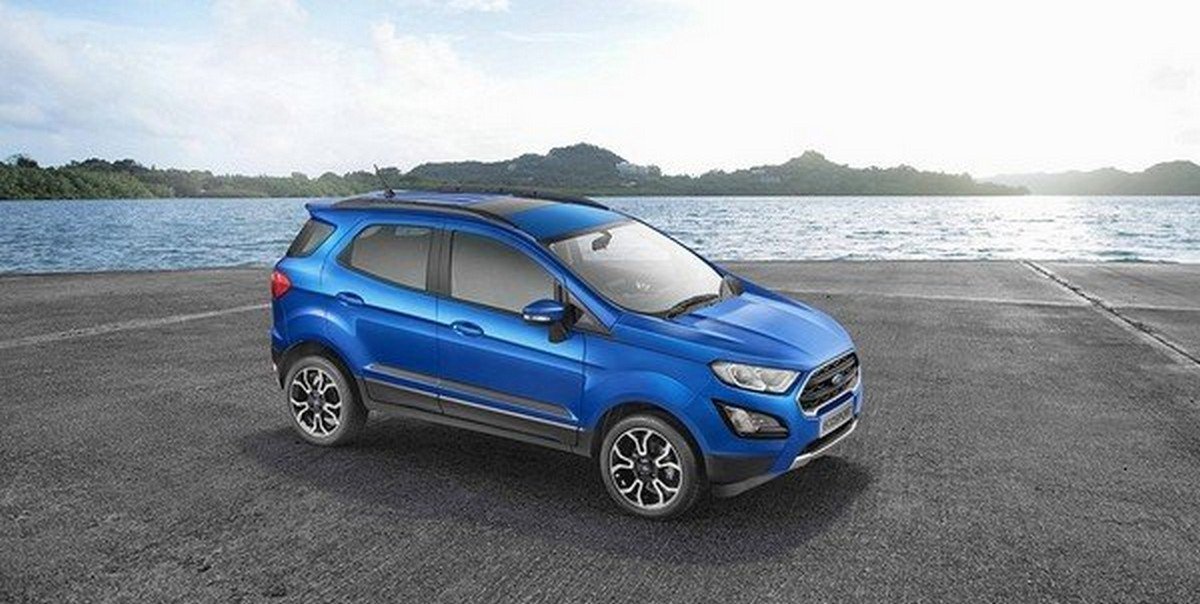 The Ford EcoSport is available with two engines, petrol and diesel. The diesel motor, as always, triumphs the petrol in terms of fuel efficiency. The 1.5-litre diesel on the EcoSport is able to make 99bhp and 205Nm while returning the mileage of 23kmpl. Plus, thanks to the huge fuel capacity of 52 litres, the EcoSport, at its best, could run 1,196km without refilling.

Hyundai Creta is an indisputable segment-leading compact. Without elaborating on how good Hyundai Creta is, it is better that we go straight on to how capable it is of delivering an incredible range. Maruti S-Cross is not, in the truest sense, an SUV, but rather a crossover. However, we should not underestimate its quality and resilience as an SUV. It is even on par with even the most capable SUV like Brezza or Creta in terms of fuel efficiency. The recent 1.3-litre diesel engine is packed with the SHVS mild-hybrid technology which in turn helps the S-Cross to boost its fuel economy. This unit is good for 88.5bhp and 200Nm. On top of that, this motor could return the mileage of 25.1kmpl, which is even better than the segment-leading Brezza or the Creta. Along with a 48-litre tank, the S-Cross could make a long drive of 1,204km on one single full fuel tank.

On the segment of subcompact SUVs, following the number one Maruti Brezza, Tata Nexon is the second most popular model. This SUV offers one of the most affordable options in the segment, not to mention its fully-loaded feature kit and sheer stylish look. One more reason to take this car seriously is its high fuel efficiency. The diesel model could drive its way up to 1000km on just one tank, which could be contributed to the high mileage of around 24kmpl and the 44-litre tank. In terms of power output, this engine could make 108 Bhp of maximum power and 260 Nm of maximum torque.

Jeep Compass is one of the most capable SUVs available in India. At a premium price range, the Compass doesn’t have the same popularity as its affordable counterpart. However, it is still considered one of the best SUVs in the market.

The Compass is offered in both diesel and petrol engines. However, the diesel engine finds itself more advantageous in terms of power and fuel efficiency. The 2.0-litre diesel four-cylinder engine is able to generate the peak power of 170bhp and 350Nm. The ARAI mileage of this engine rate at 18.42kmpl. With the tank capacity of 60 litres, it could manage to run 1,105km on one fuel tank.

Honda WR-V is among the lesser popular cars on the list. Even though it could not achieve the same success in sales as other models, Honda’s take on the subcompact segment is still a worth-considering option. Besides the good-looking design and the fulfilling equipment, it also does well in terms of fuel efficiency. Its 1.5-litre diesel engine could easily go beyond 1,000km until the fuel gauge reaches the red mark on just one tank. This engine produces 99bhp of power and 205Nm of torque. The ARAI fuel economy figure stays at 25.5kmpl. Coupled with the tank of 40 litres, this car is all good for a 1,020 km drive without refilling the tank.

Nissan Kicks is the latest arriver in the segment. It is just launched earlier this year. This new car comes fully-armed with various technologies. Added to the appealing package, the car also promises a highly fuel-saving performance. Coming in both diesel and petrol engine, the more economical diesel engine is missing on the XL Premium variant. This SUV from Mahindra’s range is capable to reach the 1,078km mark on one fuel tank fill. We must give a big applause for its 2.2-litre mHawk diesel engine which is not only powerful but also very resilient on a long drive. This engine could deliver the maximum power of 155Bhp of power and 360 Nm of peak torque while the fuel tank could save room for 70 litre, which is very impressive. With such a huge fuel capacity, even its fuel efficiency only stays at 15.4kmpl, it is still good for a 1,078km drive without the need to refill its tank. This subcompact SUV comes powered by a 1.5-litre diesel engine that churns out 100 Bhp of peak power and 240 Nm of peak torque. It scores a decent ARAI mileage of 18.4 kmpl, which is higher than the XUV300 above. Moreover, this model also sports a huge fuel tank of 60 litres underneath; as the result, it could drive its way to 1,110km dash on one fuel tank, which is also a quite impressive number compared with other cars on this list.

When it comes to fuel efficiency, right now, there is no compact SUV that could beat the Maruti Brezza. Hold the record of the highest mileage compact SUV, the Brezza's fuel economy recently rates at  24.3kmpl. Its tank is able to hold up to 48 litres, which means that the Brezza could go 1,166km in one full tank. With such an impressive performance, there is no wonder why it is the leader in its class. That concludes our list of the top 10 highest fuel tank capacity cars in India. Stay updated with the latest car news and stories in India by visiting our website.