Car companies' logos carry the family history, a tale of love, or sometimes, a lot of meanings. Here is the list of the top 10 famous car logos and names in the world.

We all know that every car brand has a unique car logo or emblem as a trademark, but have you ever wondered about the stories behind it? Before these iconic car logos are created, with careful market research, there is usually an inspiration from family crests or mythological deities. Let’s take a look at some of the 10 most famous car logos in the world and their history. 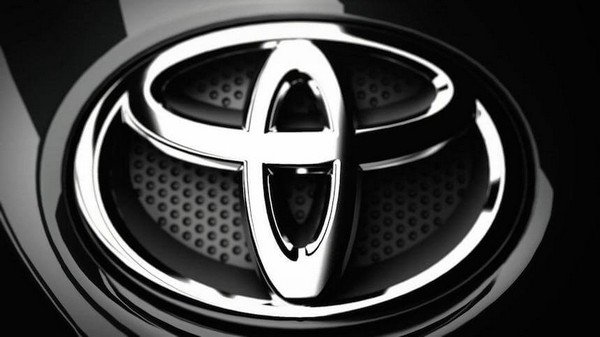 The first famous car logo is from Toyota. The current Toyota car logo dates back to 1989 when it was introduced to commemorate the 50th anniversary of the company. This distinctive logo includes three ovals overlapping each other, with the two inners representing the customer's expectation and the manufacturer's ideal, firmly interlocked to form the letter 'T' for Toyota, as well as a steering wheel. The outer oval symbolizes the global embracing of Toyota. Each oval is contoured with different stroke thicknesses, similar to the “brush” art known in Japanese culture.

Brands That Have Car Logos with Wings and Their Meanings Perhaps the most majestic of all car logos, Cadillac's, starts from a family crest

The Cadillac emblem began as the family crest of French explorer Antoine de la Mothe Cadillac, the man who founded the city of Detroit. The symbols included three coloured bands representing 'virtue - boldness - valour'. The older logos also had a wreath, a crown, and small Merganser ducks, which have been removed.

There are various versions regarding the origin of this famous car logo. A legend has it the father of this luxury car brand asserted that the lineage was tied to old French royalty, thus meaning the Cadillac coat of arms was designed long before Columbus made his sensational discovery of the New Land. However, many believe the crest was designed by Antoine de la Mothe Cadillac himself when he got married in 1687. 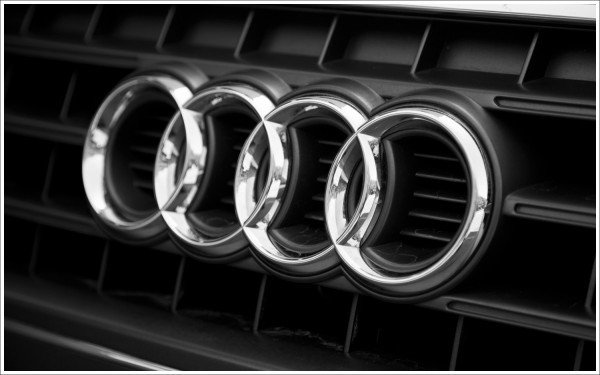 The four rings depicted on the Audi symbol are a reminder of the four car-makers in the Auto Union that merged together to found the company in 1932. The early logo had the four original company names (Audi, Horch, DKW, and Wanderer) each representing themselves. Around the time of World War II, Audi produced less than 1% of the cars represented by the Union. However, by the year 1980s, there was no Auto Union to speak of, and Audi was essentially by itself. The text in the logo disappeared, but the auto manufacturer maintains the interlocking rings in order to honour its history. 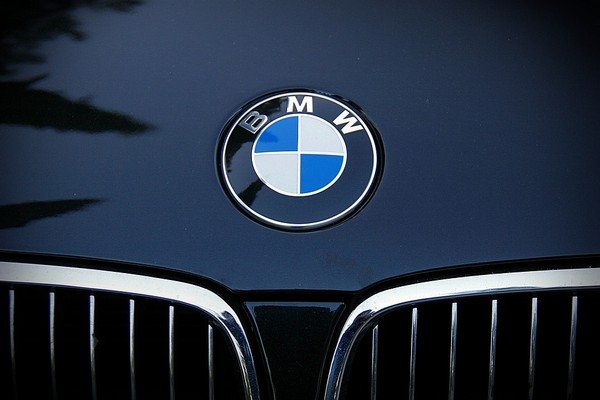 BMW's circle is a part of the Bavarian flag

A lot of people have theorised that the famous BMW car logo itself was a representation of airplane propeller. The myth is rooted in the company's origins as a manufacturer of aircraft engines and was unintentionally perpetuated by BMW in a 1929 magazine advertisement. The truth, however, is that BMW's logo was not inspired by spinning blades against a clear blue sky. In fact, the two colours are only used because they also appear on the Bavarian flag and BMW just wanted to honour the area in Germany that hosted its headquarters for years. Mercedes-Benz, the icon of premium and luxury, has been around for a long time, but the brand "Mercedes" was only registered in September 1902. The iconic three-pointed star logo was inspired by a symbol drawn by Gottleib Daimler, with the following text: "This star would one day shine over own factory to symbolise prosperity." It represented the hopes of Mercedes-Benz to establish domination in three places: The land, the sea, and the air.

7 Car Logos With Stars: What Are The Meanings? 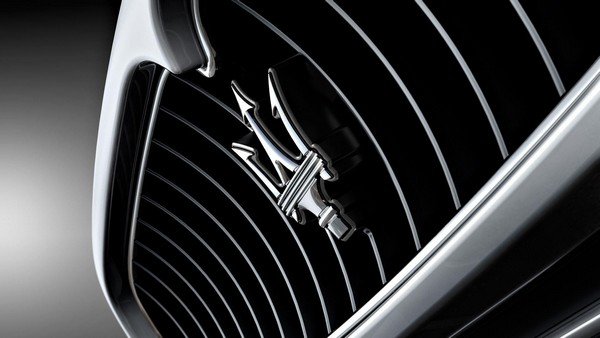 Maserati's logo is a symbol of their ambition and their history

The now-iconic Maserati logo was created by Mario, the only Maserati brother who was not interested in engineering or the automotive industry; apart from Carlo, a test pilot who died in 1910. His inspiration was the trident held by the Roman god Neptune in the Fontana de Nettuno statue in Bologna’s Piazza Maggiore. This city served as the hometown of the Maserati family and the location of the company’s first plant. The image represents Neptune’s command over the seven seas and Maserati’s command over the space between them. 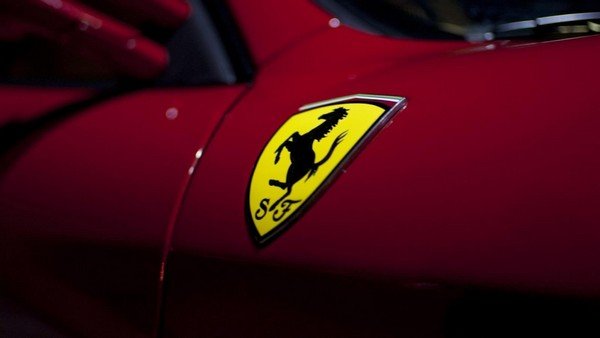 The famous Ferrari logo has a lot of speculation about them, some are quite chivalrous while some are not

Every car enthusiast recognizes the black prancing horse on the yellow background, but the story of the famous Ferrari car logo is related to multiple theories. Some believe that Enzo Ferrari used this symbol to honour World War I hero Count Francesco Baracca, who also painted a horse on his plane. Another theory claims that since Ferrari founder's family owned lots of horses, the new company adopted the prancing horse as a symbol of power. 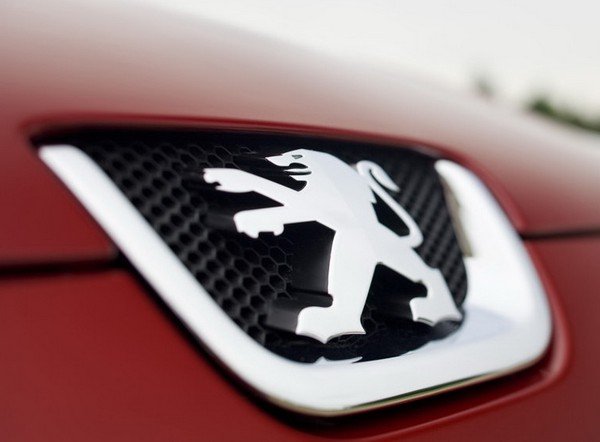 Like a lot of automobile manufacturers' logos, Peugeot's honours the place where the company is from

Peugeot badge is among the most enduring and recognisable car logos in the world’s automotive history. The French lion was officially created in 1847 when Peugeot had not even ventured into automobile manufacturing. It was based on the Region France-Comte flag, commissioned by brothers Jules and Emile Peugeot to be used on all of their products. The logo appeared on Peugeot cars years later, receiving a lot of modifications over the years. The last modifications occurred in 1998 and 2002 in an effort to better underline the car logo meanings: power and balance, as well as the company's view of the future.

Check Out These 7 Car Logos With Lion The real logo of Rolls-Royce is the Spirit of Ecstasy, the statue that is created in remembrance of a tragic love story

While many brands have attained global recognition, few enjoy a reputation for quality and luxury quite like Rolls-Royce. The official logo is a mildly seriffed typeface with two superimposed initials, but it is nowhere near as famous as the mascot, the “Spirit of Ecstasy”.

The bonnet ornament is thought to model on actress Eleanor Thornton. Lord John Montagu commissioned sculptor Charles Sykes to create a logo for his Rolls-Royce and supposedly urged Sykes to utilise Thornton (who might have been in a love affair with Montagu) as the muse. Then, Sykes was demanded to design a mascot which was used for all Rolls-Royces. It is thought to embody "the spirit of the Rolls-Royce, namely, speed with silence, the absence of vibration, the mysterious harnessing of great energy and a beautiful living organism of superb grace..." 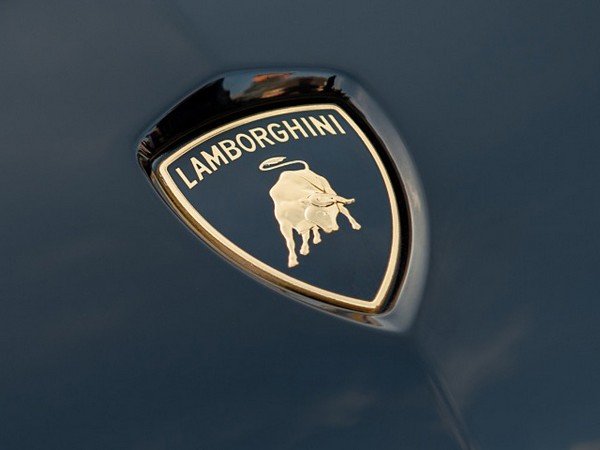 The Lamborghini logo symbolizes the founder Ferruccio Lamborghini’s zodiac sign, Taurus. His love of bullfighting was depicted in the logo, which also represents Lamborghini's powerful cars. It is usually pointed out that Lamborghini's logo is similar to Ferrari’s. This might not be accidental, since Ferruccio was rumoured to have bad blood with the other brand's founder, Enzo Ferrari, back when Ferrucio was a Tractor manufacturer.

That concludes our list of the top 10 famous car logos with names and their history behind them. Be updated with more interesting car stories of India by visiting our website at IndianAuto.com.