Take a look at this video to understand how capable is the new 2021 Tata Safari off the road. This video showcases that it certainly needs more ground clearance and a capable AWD system.

Tata Safari has just made its comeback in the Indian market after being off the shelf for almost 2 years. The new 2021 Tata Safari is basically a 7-seater iteration of the Harrier with a slew of distinctions. However, it continues to get a similar design treatment on the front and is underpinned by the same Omega Arch platform as the Harrier. This time around, Tata Motors is not offering the Safari with a 4x4 drivetrain. It comes with an FWD layout instead. But how well can it perform off the road? Here’s a video that showcases that the absence of a 4x4 drivetrain is certainly missed in the 2021 Tata Safari.

The above video was uploaded on YouTube by All in One Entertainment. In the video, the 2021 Safari can be seen attempting a steep climb. With an FWD layout, the Safari manages to climb the incline, but it scrapes its underbelly in the act. As a result, the driver had to reverse the car back. This scenario showcases the capabilities and restrictions that the new Safari possesses when the going gets tough. With a little more ground clearance and a potent 4x4 drivetrain at disposal, it would’ve managed to climb this uphill incline without breaking a sweat.

Sadly, Tata Motors has not revealed the ground clearance of the new-gen Safari. Talking of the dimensions, it is 4,661 mm long, 1,894 mm wide and 1,786 mm tall. It has a wheelbase of 2,741 mm. With all seats in place, Tata Safari has a trunk volume of 73 litres. Folding down the third and second row of seats increases the boot space of 447 litres and 910 litres, respectively. 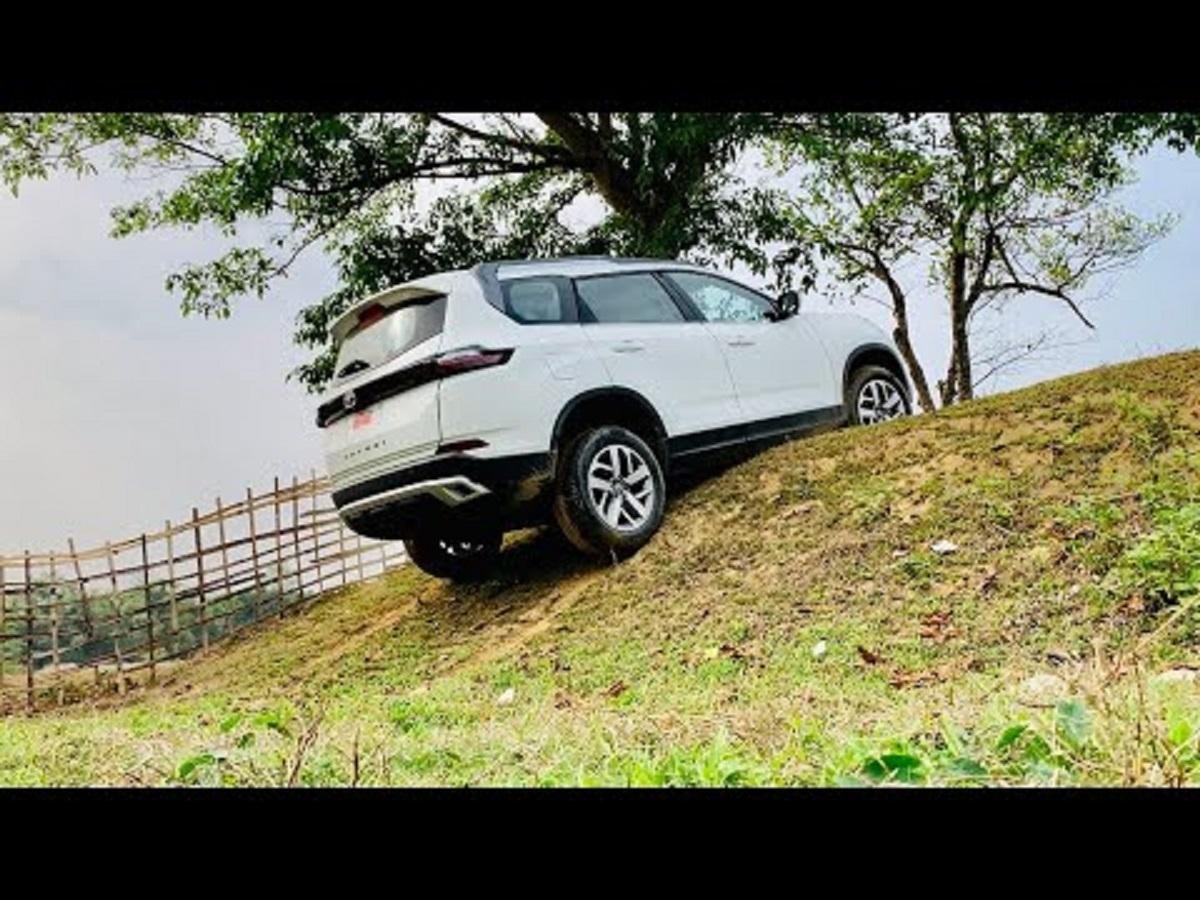 Tata Safari is currently available with a 2.0L FCA-sourced turbocharged diesel engine, which also does duties of a slew of other cars like Tata Harrier, MG Hector, and Jeep Compass. In the Safari, it develops 170 PS of peak power and 350 Nm of max torque. Transmission options on the Safari include a 6-speed MT and a 6-speed AT. With a starting price of Rs. 14.69 lakh, it rivals the likes of MG Hector Plus, Mahindra XUV500, and more.