16 0
The German Luxury Carmaker’s Head of Asia-Pacific Region has revealed the company’s campaign of its intensive penetration into the Indian market by 12 cars launches in the next year. This article will point out 7 seductive BMW’s cars in India in 2019.

Witnessing a successful year of BMW in the Indian market with the total sales of 9800 units on average across its products line-up, the German carmaker has announced its 12 launches of new vehicles of which 7 models will be the SUVs. It is said to be another busy year for the auto manufacturer with 12 vehicles are going in the pipeline, marking the further operation of the luxury car brand in the country. Of 12 soon-to-be-launched vehicles, there a 4 noticeable SUVs encompassing the all-new BMW X4, X7, X2 and the new generation of the BMW X5. Confirmed to be locally assembled at the manufacturer's Chennai Plant, the BMW X4 will be a mid-size SUV-coupé in its Sports Activity Coupe Line-up. The vehicle is likely to come by mid-2019 as a CKD model.

Available with two powertrain options, the flagship SUV will source its power from the X4 xDrive30i which offers a 2.0-litre 4-cylinder petrol engine tuned for 252hp/350 Nm of peak torque along with the xDrive30d employing a 3.0-litre, 6-cylinder diesel motor that churns out 265hp and 620 Nm units.

The xDrive30i is claimed to have a capability to sprint from 0-100 kph in 6.3 seconds whilst the 30d could be able to travel up from 0-100 kph in only 5.8 seconds. Both two engines are packed with AWD system as standard and an 8-speed automatic transmission. 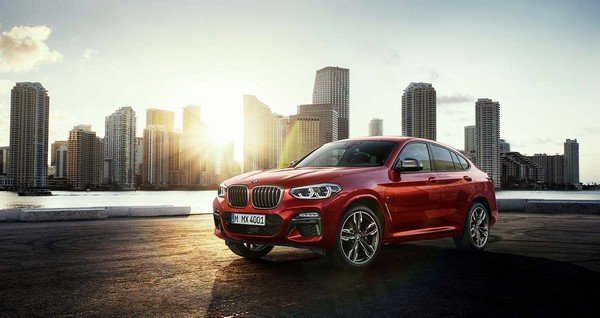 First premiered in 2014, the 2nd-gen BMW X4 came under the spotlight in the global market earlier this year. It is built on the CLAR (Cluster Architecture platform) that is 50 kg lighter than its predecessor. Besides, the all-new X4 features 88mm longer, 37mm wider and 54 mm longer in the wheelbase but it gets a marginal shorter height as compared to its sibling: BMW X3.

The variants of the 2019 BMW X4 will be available with the base M Sport suspension and Performance Control Function which offers exclusive functions such as torque vectoring or the BMW’s Driving Experience Control System to electronically adjust the driving mode to deliver the best sense of agility.

The estimated price of the BMW X4 will be around Rs 50 Lakh (onward, ex-showroom) to rival fiercely the Range Rover Evoque.

BMW has confirmed to drop the tops on the X-family in the Indian auto space with the BMW X7. The sport utility vehicle will also underpin the CLAR modular platform that is scheduled to take on the likes of the Mercedes-Benz GLS and Land Rover Discovery. Unveiled recently in the Los Angeles Motor show, the seventh generation BMW X7 is truly a product of innovation and comfort. It comes as an athlete with the combination of off-road power and modern versatility.

The big kidney grille, LED headlights with laser projectors as optional, a tall glasshouse, an electric tailgate and a contoured bonnet are the key highlights of the X7’s design. Additionally, the all-new model features a host of chrome accents in two different trim package: the standard and the M Sport. Appearing as the flagship SUV, the BMW X7 is expected to draw great attention in our country

On the outside, the flagship SUV comes with the dimensions of 5,151 mm in length, 1,990 mm in width and 1,805 mm in height along with 3,105 mm of the wheelbase. The elegantly accentuated front fascia will make you remember at the first glance.

Engine-wise, the model will be equipped with 3 engine options including the xDrive 4i which employs a 340 hp 3.0-litre straight-six turbocharged petrol engine and the xDrive30d that utilizes the 256 hp, 3-0 litre inline six-cylinder diesel engine. The former motor is claimed to travel up from 0-100 kph in 6.1 secs; meanwhile, the latter 30d is capable of performing that in 7 seconds at the peak speed of 250 km/h.

The leading-performance BMW X7 350d adopts a quad-turbo version of the 3.0-litre inline six-cylinder diesel engine that generates 400 hp and 760 Nm of max torque. All the mills are paired to an 8-speed automatic gearbox and come coupled with the xDrive four-wheel-drive system.

Considering the largest SUV of the German carmaker portfolio, the X7 will garner great attention from the enthusiasts when it hit the dealers in early 2019.

The India-bound BMW X2 will be next all-new vehicle in the X-family in the Indian market. Involved in the part of 19 models launches from the carmaker, the much-awaited X2 is expected to blow a fresh air in India’s SUV segment. Borrowing the design cues from the BMW X1, the upcoming India-spec BMW X2 will keep remaining the styling and fastback roofline from the outgoing models. On the aesthetical look, the new-gen BMW X2 is redesigned to offer an upright stance with the large front grille and sleeker-looking LED lighting system. The vehicle features larger air inlets up front along with the twin tailpipe and a diffuser on the rear. It will also be available with the 18-inch alloy wheels and another optional 19-inch version.

Inside the cabin, the X2 SUV will heavily borrow some functional and safety features from the older BMW X1 with an impressive list of advanced fitments:

The highly-acclaimed car brand will bring the 2.0-litre 4-cylinder petrol and diesel engine options that puts out 192 PS and 280 Nm of peak torque in the all-new BMW X2. Besides, the 1.5-litre turbo petrol engine is expected to come as well. Although the launch date of the BMX X2 has not been disclosed, it is expected to hit the Indian roads in 2019 with the price of around Rs 45 Lakh.

The 4th vehicle in the list of remarkable upcoming SUVs of BMW brand is the new generation of BMW X5. First unveiled in June this year in the international market, the next generation of BMW X5 will a premium luxury SUV projected to hit the Indian showrooms by mid-2019. Said to span the carmaker’s message of convenience, utility and usability, the next X5 comes with a bunch of interior and exterior updates.

The upcoming vehicle is slated to share the platform with not only the 5-series, 7-series sedans but with the new X6 and the forthcoming X7 as well. The stiffer body structure and more aluminium usage, the all-new BMW X5 gets an increase in the overall dimension consisting of 35 mm longer, 32 mm wider and 11 mm taller with 42 mm added in the wheelbase in comparison with the current generation. However, it still features the similar 645-litre boot capacity as the ongoing model. 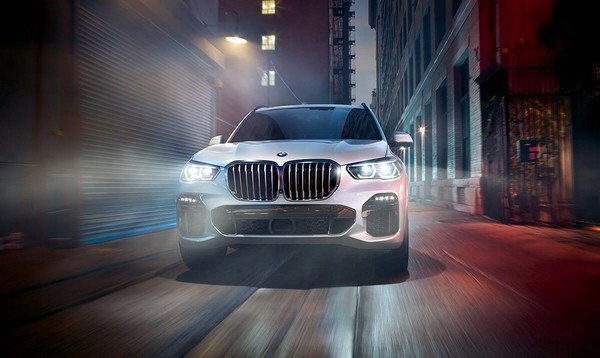 Having been developed to “make the world a little bigger”, the all-new BMW X5 comes with more added up-to-date features you can ever see in an X5 product, ready to meet any challenge. The latest driving tech from the carmaker could enable the entertainment, connection aligned with the highest sense of safety. Offering the comfortable spaciousness, a 12.3-inch digital instrument panel, a 12-inch infotainment screen, an option of a head-up display, a Bowers & Wilkins sound system, gesture control and many more, the next-gen BMW X5 comes masterfully as the most premium luxury SUV that boasts the most convenience, driving pleasure to the modern drivers. 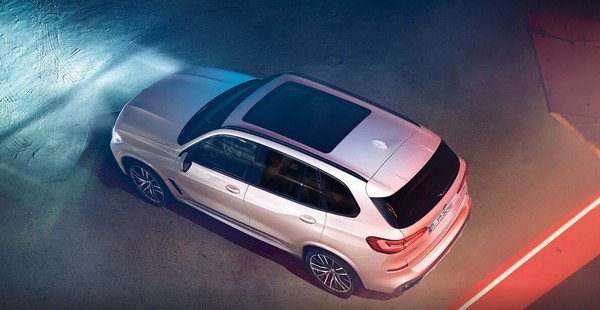 Powering the car with two engine options comes from the xDrive 30d which uses the 256 hp and 620 Nm, 3.0-litre, six-cylinder turbo-diesel engine and the xDrive40i that offers the 3.0-litre, in-line 6-cylinder turbo-petrol engine which is good for 340 horsepower and 500 Nm units. These engines will be mated to an 8-speed torque-converter automatic transmission delivering the power via BMW’s xDrive 4WD system.

The current-gen X5 is available at only diesel engine version that is priced at Rs 69.40 Lakh to Rs 82.90 Lakh. The fourth-gen vehicle is anticipated to get a marginally higher price of Rs 77.99 Lakh and take on the Mercedes-Benz GLE and the Audi’s Q7.