19 0
Sedans are the most popular body type in the country and most best-selling cars in 2018 are either compact or mid-size sedans. So what are the best midsize sedans on the market at the moment? Let’s find out.

A sedan, according to India’s laws, could either be a compact or sub-4 metre sedan or an above-4 metre sedan. The former type is subject to a tax rate of 29% for the petrol engine and 31% for the diesel engine, and the latter a tax bracket of 53%. As the tax rate is more favourable towards compact sedan, many car manufacturers have to distort and shorten the length of their sedans to fit into the compact category, which results in the majority of sub-4 metre sedans looking quite funny,  chubby, and unattractive to many car buyers. So we compile a list of top 5 “mid-size” sedans, whose length is above 3.8 metres and under 4.5 metres, and they have the best traits of both compact and above-4 metre sedans. The following 5 mid-size sedans will get the most bang for your buck.

It is not a “best” and “top” kind of list if there is no Maruti Suzuki candidate. Some people may not like the brand because its cars are affordable and not of top quality, but you cannot deny the fact that Maruti Suzuki cars are sold in galore and they are always in the best-selling lists. Actually, Maruti Suzuki Ciaz is the third best-selling car in India in 2018 and its good points are numerous.

First, Maruti Suzuki Ciaz is considered by many to be the best-looking sedan in its class. To be honest, it is not easy to pull off such a fancy SUV-like design for a sedan that costs less than 10 lakhs, so we should give major props to Maruti Suzuki for this model.

And the best part about owning a Maruti Suzuki car is that you do not need to worry about repair and maintenance as spare parts are literally everywhere. Honda City is one of the first names that would come to your mind when you think of a good sedan. While it is a bit more expensive as the price can exceed the 10-lakh mark, there are good reasons why it is the second best-selling sedan in 2018. The latest Honda City, which was released in 2018, retains the design from previous generations but the interior is updated, having a new touchscreen system and much more legroom as well as headroom. This version is also the very first time that Honda offers the City with a diesel engine option and adds a luxurious sunroof as a brand new feature. Honda did a fantastic job with Honda City, packing a ton of great features and comfort in a mid-size sedan and priced it around 10 lakhs.

One small minus of Honda car is that repair and maintenance are not as easy and quick as Maruti Suzuki because parts are not very readily available. So if you want to purchase a Honda car, you would want to factor this in, too. Honda Amaze is another Honda car that is just simply great. Honda Amaze is more affordable than its sibling Honda City, and partly because of the attractive price, it allowed Honda to double in market share when it was first introduced to the Indian market. That fact alone is more than sufficient to make you see how attractive of a sedan Honda Amaze is.

The outer design of Honda Amaze is not really amazing because, like most compact sedans, the car has to downside and shorten to meet the length requirement. Do not get us wrong. It is not an ugly car, in fact, more pretty than an average sub-4 metre sedan, but it is not so pretty that a passerby has to stop to marvel at its beauty. However, the interior is what makes Honda Amaze super attractive. A bunch of features that come with the car cover most of your entertainment and safety needs. Some of the features include touchscreen car computer that has Bluetooth and navigation integrated, as well as a driving wheel that can simultaneously control the music system and connection to your mobile phone, Anti-Lock Braking System, rear parking sensors, and dual airbags. Maruti Suzuki Dzire is an actual legend in the car market as it has been a continuous success for almost a decade, and since the latest update in 2018, it is looking better than ever. No joke, Maruti Suzuki Dzire is the second best-selling car regardless of segments in 2018 and this car is good from the outside to the inside. Most compact sedans are said to be disproportionate, but it is not the case for Dzire. The design is actually pretty, sleek, and modern.

Like any great sedans that make into this list, Maruti Suzuki Dzire has more than a couple of amazing features, some of which include excellent legroom, wooden dashboard, reversing camera, LED headlamps, and Apple CarPlay. Safety features are also provided with dual airbags, rear parking sensors, and Anti-Lock Braking System. All of these great things about Maruti Suzuki Dzire are available for under 9 lakhs (what!). There is hardly a better deal than this. No wonder why Maruti Suzuki Dzire is so popular. 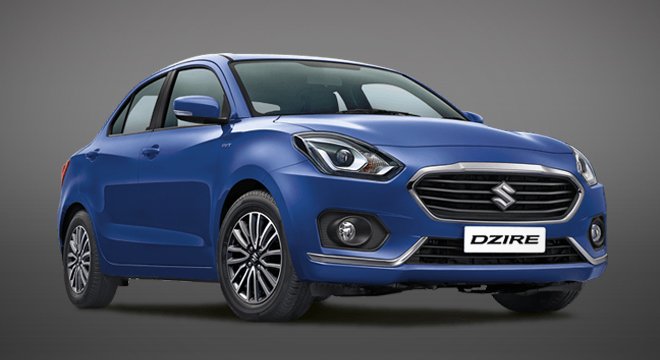 Volkswagen Vento is the only German candidate that makes into the list of best mid-size sedans, and you will see the reasons in a second. While German cars are known for their durability and great quality, they are not really popular with Indian car buyers because the mileage is not really great and the price is less competitive than other Asian offers. In fact, Volkswagen Vento is the car that has the highest price among all the cars in this list as the ex-showroom price can go up to 14.03 lakhs.

Exterior wise, it is such an epitome of European car with the well-built frame and robust look. And the interior also screams “Europe” in a way. The inside of the car is so no-nonsense and function-focused that there is no curving or any "wow" factor. However, the quality of the interior is super great throughout, and you can actually feel that this car can handle some serious abuse even from the inside. While the features are not as jam-packed as other sedan offers, Volkswagen Vento does provide some pretty great ones including height adjustable driver seat, electric mirrors, keyless entry with security alarm and immobiliser, rear air-conditioner, Anti-Lock Braking System, and dual airbags.

One not-so-great thing about Volkswagen Vento is that the network of Volkswagen showrooms, as well as spare parts, is not in great numbers, so maintenance and repair will be quite a problem. Volkswagen Vento is a sedan that stresses durability, safety, and function