This article is going to provide you with a list of the most fuel-efficient cars in India. Read on to discover.

In such a price-conscious market as India, price is usually the top priority of people who are looking for a car. Apart from price, fuel mileage is also another factor that car customers often take into consideration. Several auto manufacturers such as Maruti Suzuki has made it to the top of some segments, thanks to its cars’ decent fuel mileage. Read on to discover a list of best mileage cars in India within INR 5 lakh which come up to the customers’ expectations in terms of both the budget and the fuel mileage. 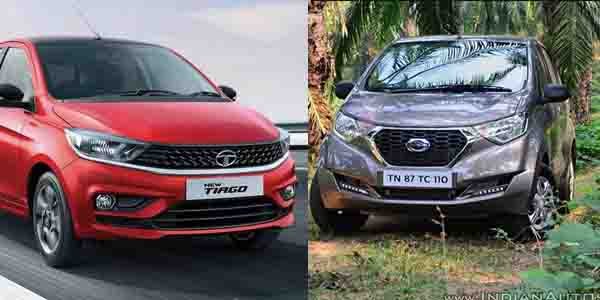 The Datsun redi-GO is the most affordable model in the Japanese auto brand’s portfolio in India. The hatchback shares the CMF platform with the Renault Kwid but apart from this, the two cars have nothing in common. As regards the appearance, the Datsun redi-GO looks more fashionable than the Kwid, thanks to the bold character lines running across the car.

The redi-GO gets its power from two gasoline burners: 0.8 litre (54 PS/72 Nm) and 1.0-litre (68 PS/91 Nm). Both of the motors come with a 5-speed MT while the 1.0-litre unit is also offered with a 5-speed AMT. The claimed fuel mileage of the 0.8-litre petrol MT version is 22.7 kmp; that of the 1.0-litre MT is 22.5 kmpl and that of the 1.0-litre AMT is 23 kmpl. With these impressive fuel mileage figures, the Datsun redi-GO deserves to be included in the list of best mileage cars in India. The redi-GO has never recorded a decent sales number; nevertheless, thanks to its compact proportions, high stance, contemporary design and good fuel mileage, it proves to be an ideal option for city usage. The next car in the list of best mileage cars in India under Rs 5 lakh is the Renault Kwid, which was the first mass-market car in the Indian auto market. Launched in 2015 as the production version of the Kwid Concept which was showcased in the 2014 Auto Expo, the Renault Kwid received positive response from Indian auto users despite the fierce competition from very formidable competitors like the Maruti Alto.

The Renault Kwid focuses quite a lot on comfort features and design. Despite its compact size, it comes with an SUV-ish appearance. The Kwid is also very well-equipped and is the only car to be packed with a touchscreen play in its segment. Currently, the Renault Kwid is offered in 12 variants; however, the top-spec variant Climber Opt should be excluded from the list of this list since it is priced at Rs 5.01 lakh. The Kwid keeps under its hood two BS6 petrol motors: 0.8-litre (54 PS/ 72 Nm) and 1.0-litre (68 PS/91 Nm). While the former is coupled with a 5-speed MT, the latter is paired with a 5-speed AMT. The fuel efficiency for the manual versions are 22.7 kmpl for the 0.8-litre engine and 21.7 kmpl for the 1.0-litre unit. In the meanwhile, the AMT version is claimed to have a fuel mileage of 22.5 kmpl. With such decent fuel mileage figures, the Renault Kwid deserves to be listed as one of the best mileage cars under Rs 5 lakh in India. The Alto is such a popular car with the Indian auto users that it needs no introduction. Launched in 1998, not until 2012 did the small hatchback receive a major update. Recently, in 2019, the Alto 800 got an update with some cosmetic upgrades and a BS6-compliant petrol motor which can deliver 48 PS against 69 Nm and is mated to a 5-speed MT. In the BS6 version, the ARAI-certified fuel mileage of the Alto 800 has been reduced from 24.7 kmpl to 20.05 kmpl. A CNG variant is also on offer with a mileage of 31.59 km/kg. The Maruti Alto 800 is just a simple car with nothing special both in terms of the exterior and interior. Nevertheless, its decent fuel mileage, affordable price and easy-to-drive engine are what make it such a popular car.

Launched in 2014, the Maruti Celerio soon came into the spotlight for being the first affordable car to come with an AMT gearbox. Thanks to the hatchback, the AMT unit has been equipped in a wide array of entry-level cars. Nevertheless, due to the limit on the price of this list, only the manual version of the Maruti Celerio Petrol should be mentioned here. The Maruti Celerio Petrol MT is powered by a 1.0-litre petrol engine which can generate 68 PS against 90 Nm and is mated to a 5-speed MT. The claimed fuel mileage of the car is 21.63 kmpl, which makes it one of the best mileage cars below INR 5 lakh in India. Besides, the Celerio is also a well-equipped car which has a neat design and an amber cabin space. The Tata Tiago is the final in our list of best mileage cars under INR 5 lakh in India. At its launch, the Tiago is considered to be a revolutionary product of the home-grown automaker as it is equipped with numerous features at an affordable price. It looks appealing when viewed from any angle. Despite being available in five variants, only the XE one satisfy the criterion of being priced under INR 5 lakh. The Tata Tiago XE is currently available with only a BS6-compliant 1.2-litre gasoline burner which can deliver 86 PS against 113 Nm and is mated to a 5-speed MT.. The claimed fuel mileage of the car is 23.84 kmpl, which is really impressive. Above is a list of five best mileage cars less than INR 5 lakh in India. If you are looking for a highly fuel-efficient car but is on a tight budget, we hope that this article will be helpful for you.

* All prices are ex-showroom, New Delhi