Fuel economy is always among the major factors in the car buying process. Here is the list of the best mileage petrol sedans in India for you to pick from.

Recently, Maruti Suzuki has revealed the facelifted version of the Maruti Dzire, its best selling model in the sedan segment. After receiving the new BSVI engine setting, the facelift Maruti Dzire has seen a boost in terms of fuel mileage. Maruti Dzire features the highest mileage in the sedan segment

With the discontinuation of the diesel engine variants, Maruti Dzire now comes exclusively with a BSVI-compliant 1.2-litre Dualjet petrol engine. The same engine is used on the BSVI Baleno as well. It can deliver a top power of 90 PS and a maximum torque of 113 Nm, which is more powerful than previous K-series engine. Despite the increase in power output, Maruti Dzire manages to keep their performance highly efficient by employing the idle stop-start feature. The new function has boosted the fuel mileage from 21.21 kmpl on the previous model to 23.26 kmpl (manual) and 24.12 kmpl (automatic) on the current model.

While Maruti Dzire is Maruti’s key product in the small sedan segment, the Ciaz is its trump card in the premium sedan space. Similarly to the Dzire, the Ciaz also gets rid of its diesel range after launching the new BSVI version. The old BSIV diesel units continue to be on sale alongside the new BSVI-ready line-up until the stocks run out. 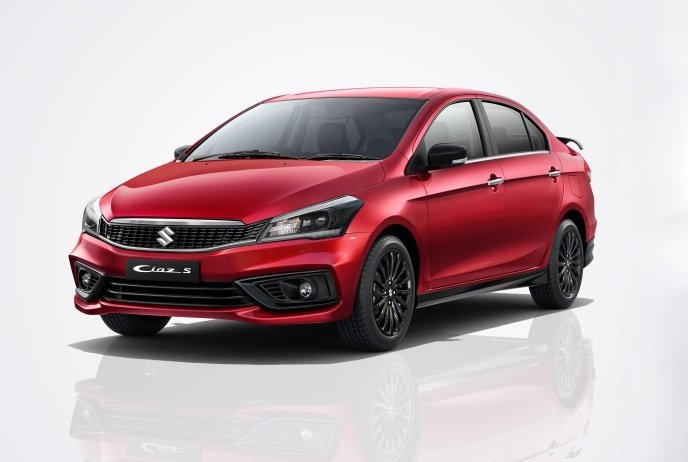 The BSVI version of the Ciaz derives power from a 1.5-litre petrol engine that generates maximum power and torque of 105 PS and 138 Nm, respectively. It comes with either a 5-speed manual gearbox or a 4-speed automatic transmission. With the mild-hybrid system, the mileage of the Ciaz is rated around 20 kmpl for both manual and automatic version.

Earlier this year, Hyundai has introduced the Aura to compete in the compact sedan segment against the likes of Maruti Dzire and Honda Amaze. Hyundai Aura comes with BSVI-compliant engine choices from the get-go. Unlike Maruti’s sedan, Hyundai Aura is offered in both diesel and petrol version. Moreover, the Aura is on sales with not one but two petrol options including a 1.2-litre MPI motor and a 1.0-litre turbocharged GDi petrol unit These engines are good for 83 PS/114 N and 100PS/172 Nm respectively. While the 1.2-litre engine is offered with either a 5-speed manual gearbox or an automatic transmission, the turbo petrol engine is exclusively mated to a 5-speed manual unit. Providing various engine-transmission combinations gives the Aura an edge over other competitors in the segment.

Guide On Improving Mileage Of Petrol Car In India

With regards to fuel efficiency, the petrol engines on the Hyundai Aura is claimed to return the mileage of 20.5 kmph, making it one of the most efficient petrol sedan cars in India.

Tata Tigor is not as popular as other leading models like Maruti Dzire or Honda Amaze. However, this sedan has its own silver lining. Earlier this year, the Tigor sedan along with its hatchback sibling, the Tiago, has gained four-star rating at the Global NCAP crash test. It is the first car in the segment to receive such high-rating for car safety. Tata Tigor is powered by a 1.2-litre petrol engine that puts out 85 PS and 114 Nm. It is offered with either a standard 5-speed manual gearbox or an optional 5-speed AMT unit. These powertrains also deliver a decent fuel mileage of 20.3 kmpl.

Honda Amaze and Maruti Ciaz are the two leading models in the compact sedan space. The Amaze can gain a good share in this market thanks to its well-rounded quality. This sedan delivers an outstanding driving experience as well as provides exquisite comfort for the occupants. The BSVI version of the Honda Amaze comes with two engines 1.2-litre petrol and a 1.5-litre diesel engine unit. The petrol is capable of making 90 PS/110 Nm and gets two choices of gearbox, 5-speed MT or a CVT. The petrol version returns a decent fuel mileage of 18.6 kmpl.

Ford Aspire is among the less popular options in the sedan space. Despite the not-so-impressive sales performance, the Ford Aspire is still a decent offering in the space with good riding quality and well-equipped interior. On the petrol variants, the BSVI-compliant Figo is powered by a 1.2-litre engine that produces 96 PS and 119 Nm. The bad news is, after receiving its BSVI updates, the fuel mileage of the Aspire has gone downhill. It is now rated at 18.5 kmpl against the previous 20.4 kmpl fuel-efficiency figure.