Best Cars Between 10 to 15 Lakhs in India With Prices, Specs

Here are the 7 most exciting cars that you can buy in India for Rs 10 -15 lakhs rupees budget, complete with prices, specifications, features, and more.

The Indian car market has experienced a really tough time in the last few months. Finally, with the new year kicking in and the new emission standards arriving soon, the Indian car market has started showing some signs of recovery in recent days as the buyers are going through with their purchase, after having put their buying decision on hold for a short period. Catching the growing sentiments of the customers, various automakers are playing the discount-game as well as preparing for the new model launches in India.

At present, the segment of cars under Rs 15 lakhs mark are in great demand with models like Kia Seltos, MG Hector, Hyundai Creta, and Mahindra XUV500 taking the leads of the sales chart month by month. If you are out to buy a new vehicle with a budget of less than Rs 15 lakhs, take a look at our list of best cars between Rs 10 lakh to 15 lakh to make your pick a breeze.

First up in the list of best cars within Rs 10 to 15 lakh in India is the Hyundai Creta. The Creta has been the hottest-selling model for Hyundai for quite a while, but the SUV is now facing the heat from some new aggressive and well-equipped models like MG Hector or its cousin Kia Seltos. In a bid to catch up with the growing competition as well as make space for the introduction of the 2020 Hyundai Creta next year, Hyundai is offering massive discounts for the current-gen Creta in recent months. * Check out some good used Hyundai Creta for sale in Mumbai with prices, specs.

First launched in 2011, the Mahindra XUV500 came as the home-grown company’s flagship SUV which has become a choice of many SUV car buyers for a long time now. If you are in the market for a big, bold, and luxurious 7 seater car, the Mahindra XUV500 is really a good deal. The Mahindra car is currently priced from Rs 12.3 lakh to Rs 18.62 lakh in India, so some of its variants would be a perfect set of wheels under Rs 15 lakhs price point. The Mahindra XUV500 makes use of a 2.2-litre mHawk diesel engine that generates 155 PS of power and 360 Nm of torque. Transmission options of the SUV comprise of a 6-speed manual transmission and a 6-speed automatic gearbox.

Although the Renault Duster is no longer popular as it used to be some years ago, it is still one of the capable SUV that falls in the price range of Rs 10 to 15 Lakh, suitable for someone who is on a tight budget. The attractively-priced Duster SUV has received a facelift in July this year with some aesthetic changes inside-out and extended features package. The new Renault Duster also meets the stricter crash test norm with the introduction of the facelift model, sales of the new Duster has increased massively by 61 per cent in July 2019. The new Renault Duster employs the same 1.5-litre petrol and diesel engines in its heart. While the petrol engine is tuned to produce 105 PS of power and 142 Nm of torque and comes linked to a 5-speed MT or an optional CVT unit, the 1.5-litre oil burner delivers two state of tune – 85 PS/20 0Nm and 110PS/245 Nm. The lower version comes mated to a 5-speed manual gearbox as standard while the 110 PS model is paired with a 6-speed MT and an optional AMT unit. The Renault Duster is the only SUV to come with an AWD system in its segment.

The Toyota Innova Crysta should be the most expensive offering of the list but it scores highly in terms of convenience, comfort, power and reliability. The Innova Crysta is the brand’s best-selling large MPV cars in India even though it is not really a cheap affair. However, you can still buy a base variant of the Innova Crysta which provides you with almost everything you need for a 7-seater family MPV for an ex-showroom price of under Rs 15 Lakh. 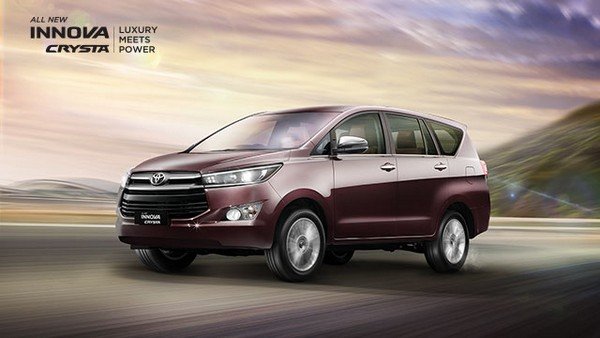 The Toyota Innova Crysta gets three engine options under the bonnet – a 2.4-litre and a 2.8-litre diesel mills along with a 2.7-litre petrol option on offer. The 2.4-litre diesel motor can belt out 150 PS and 343 Nm and comes with a 5-speed manual transmission as standard while the bigger 2.8-litre diesel burner is good for 174 PS/ 360 Nm of torque and gets the support from a 6-speed automatic gearbox. The 2.7-litre petrol engine churns out 166 PS of power and 245 Nm of torque. Transmission choices for the petrol-powered MPV are either a 5-speed MT or a 6-speed AT.

The only sedan car in our list of best cars between 10 to 15 lakhs in India is the long-running yet extremely popular Honda City. Turning at the age of over 20, the Honda City is still going strong in the competition and remains one of the most sought-after models in the C2-sedan segment. 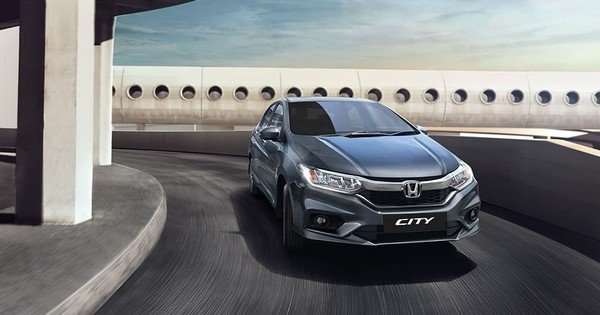 Honda is in the run-up to prepare for the launch of the fifth-gen Honda City that is due to happen in 2020 but the BSVI-compliant petrol Honda City has been launched in the country on December 10, 2019. Note that the City is the only mid-size sedan right now that complies with BSVI norms.

Since it’s launched in 1998, the Honda City has carved out a niche for itself as a sporty, comfortable and spacious mid-size sedan in India. It comes with 1.5-litre petrol and diesel engines on board. The 1.5-litre VTEC petrol mill is capable of making 119 PS of power and 145 Nm of torque while the 1.5-litre i-DTEC diesel motor churns out 100 PS of max power and 200 Nm of peak torque. Honda is a highly respected brand in India that offers good resale value for its products hence the used Honda City is also a good option for those who couldn’t afford a new one.

We hope that the aforementioned best cars in India between Rs 10 and 15 lakhs price range will help you to find your perfect next vehicle. For more such interesting car lists, stay tuned to Indianauto.com.