Amitabh Bachchan and his family owns a lavish car collection that includes many famous luxury models. Let’s take a look at all these beautiful vehicles on Bachman’s garage.

The Bachchan family, headed by the famous actor Amitabh Bachchan, is among the most powerful clans in Bollywood. Amitabh Bachchan is not the only movie star in the family. His wife, son and daughter-in-law are also among the most influential people in the industry. And the wealth of this big family of movie stars is enormous. One thing that always goes with the fortune is the luxury symbol status, and one of the much-loved accessories for the ultra-rich is obviously cars. The Bachchan is not an exception. Members of this family all own very luxury cars that we would wonder what a scene it could be when the family meeting occurs. Let’s take a look at Amitabh Bachchan car collection with many famous luxury models.

SUV is Amitabh Bachchan’s favourite type of vehicles and there is no wonder why he has a host of SUVs on his garage. One of his favourite SUV is the LC200, which is the flagship vehicle of the Land Cruiser brand. The popular sub is powered by a 4.7-litre V8 diesel engine that could make the peak power of 262PS and 650Nm. This LC200 SUV has been seen in the various occasion with Amitabh himself driving the car. LC200 is undoubtedly a tough looking and reliable car for the megastar. Recently joint the collection of the Bachchan is the Range Rover. This vehicle is also well-loved by many Bollywood stars and Bachchan will not stand outside of this craving. His Range Rover tops on the Autobiography Long Wheelbase line. Under the hood, it holds a 4.4-litre diesel engine that produces 345Bhp and 740Nm. To get this iconic car, you must spend around 2.8 crore, which is not something the average people could afford. If you are quite impressed with the first two luxury names, the third will surely blow your mind. One of the stars on Amitabh’s collection is this Rolls Royce Phantom. It is more shocking to know that Amitabh didn’t actually buy the car. This Rs. 3.5 crore property is a gift from director Vidhu Vinod Chopra, who had worked with Bachchan on Wazir and Eklavya. The two has formed a close relationship and this lavish gif is the solid evidence for this friendship. His Rolls Royce is powered by a 6/8-litre petrol engine that churns out 460PS and 720Nm. 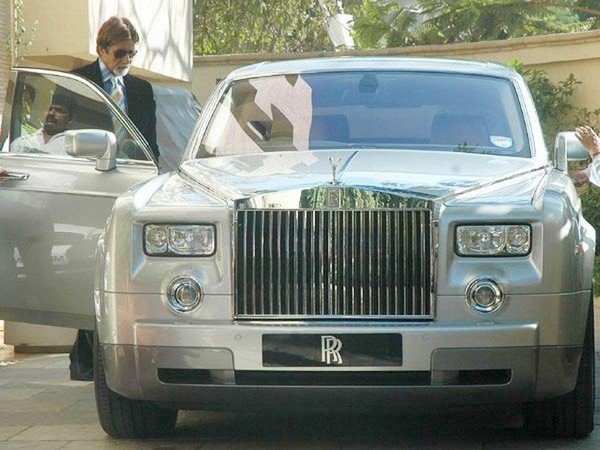 This is also another lavish gift that Amitabh receive. His Continental is the sporty version of the car. This luxury car is recently available with two engine options including a 6.0-litre W12 engine (626 Bhp/820 Nm) and a V8 engine (521 Bhp/680 Bhp). The 76-year-old star is seen occasionally on this car, but his son and his daughter-in-law are seen more in this car. His Bentley Continental GT belongs to the sport version

The Bachchan’s daughter in law, Aishwarya Rai, is also a big collector of luxury cars. The Miss World pageant winner is often seen driving around with beautiful and expensive cars. Aishwarya Rai is more often seen driving the W222 S-Class Mercedes, it is not the only S-Class on the family’s collection. She also has a white S500 which is the top-of-the-range model. This car gets a 4.7-litre V8 petrol engine under the hood and this unit could develop the maximum power 453 Bhp and 700 Nm. The engine is mated with a 7-speed automatic transmission. Mercedes GL63 AMG is the recent purchase of the Bachchan family. The AMG is the flagship SUV on Mercedes’ product portfolio and the GL63 is the most powerful version on the AMG range. It is powered by a 5.5 twin turbo V8 that could develop 549bhp and 760 torque. Mercedes GL63 AMG is the flagship SUV of Mercedes

Amitabh Bachchan’s car collection also includes a white Cayman S. This two-door sports car is wide-known for its impressive styling and the powerful performance. This sports car is powered by a 3.4-litre engine. The purchase of this car could easily cost you around Rs 2 crore. This vehicle is the gift from his son Abhishek for his birthday. One thing special about this car is its memorable place license of 2882. For some people, this number doesn’t denote anything special, but for Amitabh, this number hold close to his hear. He said that this number reminds of the day when he engaged in a horrific accident on the set but he survived. This event has a powerful impact on him. It is the day that he is reborn. His Cooper is the third generation of the iconic car. It has the engine of a 1.6-litre four-cylinder turbocharged engine. 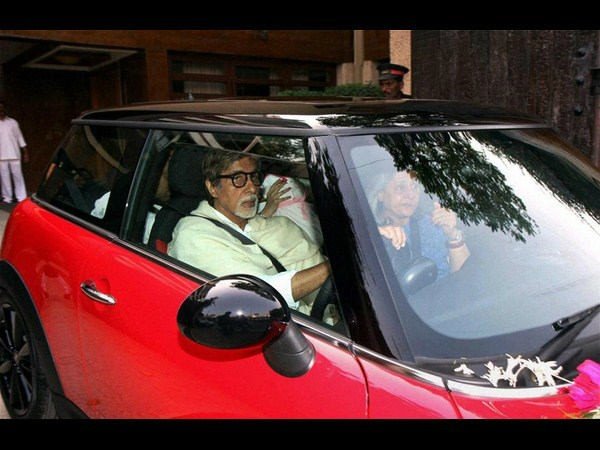 Mini Cooper is the gift of Abhishek  to his father

The head women of the family, Jaya is frequently seen with her white Camry. As a member of the Parliament, she often travels around on this Camry. This car is a good choice for a political public figure like her. It has ample space, the high reliability and matured grand-looking car.

Audi A8L is the flagship model on the German carmaker’s products line. It is not the only Audi of the clan but is the most expensive and luxury vehicle. Aishwarya Rai Bachchan usually chauffeurs around on this luxury car. The Bachchan’s A8L is from the previous generation. And this version receives power from a 4.2-litre V8 engine that is able to release 345Bhp and 440Nm of torque. This vehicle is paired with a 6-speed automatic gearbox.