While Fast & Furious presents: Hobbs & Shaw is just a spin-off of the main Fast franchise, expect plenty of car action and a healthy dose of humour from the two funniest characters of films It has been 18 years since the first movie in the immensely successful Fast & Furious franchise was launched. The kind of response that the film got, the kind of following it now has and the millions of boy racers it has inspired all over the world, could not have been even remotely imagined. I am guilty of being a Fast & Furious addict as well, chomping through every single movie in the franchise one after the other, and then repeating the whole process all over again until a brand new movie releases. If you’ve been an avid fan of the Fast & Furious, you too will be chomping at the bits, counting down the days until Fast & Furious 9 hits theatres in 2020. However, in order to give fans something to nibble on while they wait, Universal studios will releasing a new spin-off of the F & F cinematic universe. This one will be called Fast & Furious presents: Hobbs and Shaw, featuring Dwayne ‘The Rock’ Johnson and Jason Statham in the lead roles. Unlike how the first few movies of the franchise have shaped up in terms of their story line, this and other successive films of the franchise have slowly gravitated towards action-packed non-car storylines with plenty of car chases and explosions thrown into the mix. In the new movie, a twist of fate brings Hobbs & Shaw together to unite against a common enemy. While the previous Fast & Furious movies showed the two brute forces squaring off, the new spin-off will see them actually warming up to each other, albeit with plenty of cursing and low-balling involved. The enemy in question is a super-villain which is hell-bent on causing disaster on epic proportions with the use of single virus, portrayed by Idris Elba and refers to himself as the ‘Black Superman’. While there will be plenty of guns, fights, explosions and laughter, another thing that will be guaranteed will be plenty of car action. While the film won’t be gravitating towards being an out-an-out car film, there will be plenty of automobile action. From big, 6-wheel customs trucks to a three-seater McLaren 720S and even a military-grade helicopter and jet fighter in between, the movie is set have petrolheads on the edge of their seats through out the way. Other notable vehicles which feature in the newly-released trailed is a custom-built rat rod with a Peterbilt truck cab, a heavily-modded Jeep Wrangler Unlimited with an exoskeleton, a brand-new 2020 Jeep Gladiator, a classic MINI and a timeless MGB GT. The villains, on other hand, will be using a wide variety of customised jeeps and a whole convoy of heavily-reinforced Range Rover’s. While there is a definite guarantee of jaw-dropping automobile cinematography, what isn’t clear is how many and what all cars will be blown up in the process. There will be plenty of thrills, mixed in with a healthy dose of sarcastic humour from The Rock and Jason Statham (both are pretty famous for it actually) thrown in for good measure.

However, with all the excitement that this new films brings to car lovers the world over, there also two unfortunate details that this installment brings along. The first one should already be clear from the new trailer, that Vin Diesel makes no appearance in this movie whatsoever. The second is that due to the filming of this movie and all the time constraints that it brings with it, Dwayne Johnson and Jason Statham will not be appearing in Fast & Furious 9. And as sad as that is, Dwayne Johnson has answered the cries of wailing fans and exclaimed that that will not be the case for Fast & Furious 10, which will be released in 2021. Also, along with Hobbs & Shaw, there is another spin-off of the Fast installment planned for the future and this one will be a completely female-centric movie. 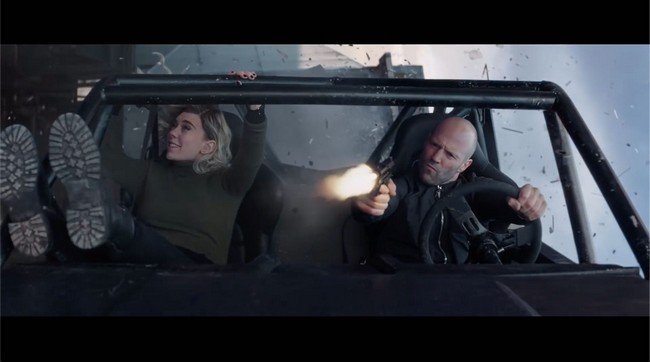