Among the greatest auto shows in the world, Los Angeles Auto Show is a much-awaited event at the year-end time. Let’s take a look at five highlights of this year’s show.

Los Angeles Auto Show is the giant show in the global automobile industry. What is displayed in this Auto Show always reflect the latest movement and predict the trend for the future? The 2018 LA Auto Show held last month is no exception. The biggest trend that took the spotlight of this year’s show is the Electric Vehicles (EVs). Besides the futuristic EVs, the SUVs could also at awe with many plush conventional fuel-run models. Here, IndianAuto will sum up the show with five cars that stole the show.

Autoblog team has voted the Jeep Gladiator has picked this Jeep as the brightest stars of the show. It has an irresistible appeal with the tough look and an admirable driving competence. We have been waiting for Jeep to bring their new iconic pick-up for a long time and the Gladiator is their response. And we couldn’t wish for anything more.

This pick-up is stunning from the outside and incredible performer in its own right. Based on the Wrangler, the Gladiator is indeed Wrangler’s sibling with a bed on the back. The 3.6-litre V6 engine of the Gladiator delivers the power of 285PS and packed with a standard six-speed manual and an optional eight-speed automatic gearbox. This powertrain would make a beast out of the first pick-up Jeep for the last 25 years.

The iconic Porsche 911, as usual, takes the spotlight of the auto show. The 2020 Porsche 911 inherits distinctive look of the last generation while gets some minor twists and hit exactly what we need. However, the most impressive changes lie in the way the car run. From how its car door hand opens to how fast and powerful it performs, all of that would tell you the true value that the 2020 911 could return. As far as we can see, the Porsche 911 will continue to take the prime place in the world of sport cars. 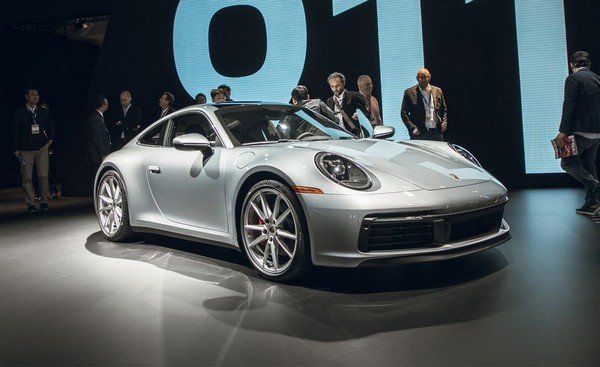 Audi’s EV is surely ready for its future stardom. Even at the shape of a concept car, we could already feel the heat built up around it everywhere it goes. Gorgeous and elegant, that’s how it looks like. Besides Tesla, Audi will be the next car brand to prove that EV doesn’t have to always look dull.

The platform underpinned the E-Tron Concept is brought from the Porsche Taycan while the features are shared with the e-Tron SUV. However, as Audi promised, it will be “steered toward performance”. 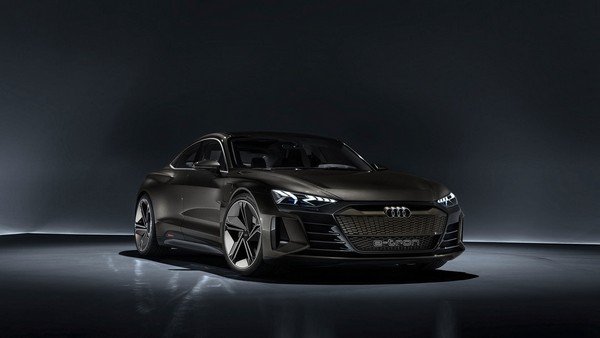 Here is another electric that took the show by storm. This truck is a stunner with all the boxy, classic design elements. It also has an incredible range of 400 miles and takes just three seconds to run from 0 to 60kmph. All these amazing figures come at a high-sky price. The R1S is expected to be launched at $69,000 in 2020. It will head straight to the high-end mark of the electric vehicle range when it arrives. Rivian R1S has a boxy, classy and elegant look

Earlier this year, at the 2018 New York International Auto Show, the Lincoln Aviator has made in the first appearance as a concept car. At the LA Auto Show, we can now see the full form of the car.

Lincoln Aviator will run on the new hybrid powertrain. The powertrain makes of a V6 engine and an electric motor, all of these could pull out the total output of 450bhp. Besides the hybrid engine, another all-electric will be soon introduced.

The Aviator is powered by a hybrid powertrain, the all-electric will come later

Based on the GT3 and GT4, the new GT R Pro will take the game to a new level. Powered by a twin-turbo 4.0-litre V-8 engine which is good for 577bhp and 670Nm. It will be the most aggressive AMG GT ever. What’s more, the aerodynamics of the GT R Pro is twisted for a better outcome with reworked suspension and lighter weight. It has improved with a 6-second-quicker run at the Nürburgring track.

BMW has a long list of models to come next year. Among all these new cars, the BMW M340i xDrive is the most important car to launch. It runs on a 3.0-litre turbocharged engine that makes 382bhp and 500Nm. This new generation is going to pose the most aggressive look, interiorly and exteriorly. It beats its predecessor in 0-60 kmpl sprint with 0.5-second faster performance.

At the 2018 LA Auto Show, the German manufacturers also introduced a new car concept car named BMW Vision iNext Concept. The new model will be armed with a stack of new technologies. With the iNext, BMW displays a new level of autonomous level.

iNext will come into two modes: Boost Mode and Ease Mode. While the Boost Mode delivers an energetic performance, the Ease mode will run the car with high-level comfort and excellent riding quality.