Ford EcoSport VS Kia Seltos in a Drag Race

Here a recent drag race between Ford EcoSport and Kia Seltos. Watch the video embedded below to know surprising results.

Back in 2012, the American carmaker launched its first-ever sub-4-meter SUV in the Indian market namely- EcoSport. The SUV is quite popular in the Indian market for its aggressive looks, feature-loaded cabin and reliable powertrain. On the other hand, Kia launched its first-ever product in  India- Seltos in 2019. It is one of the top-selling cars in its segment. Both SUVs are quite capable and are dominating their respective segments. Here’s a recent drag race of diesel model of both SUVs. Watch the video embedded below to know amazing results.

This video has been uploaded by a YouTube channel named as AutoWheels India- Cars & Road Trips. Ford EcoSport you see here is powered by a 1.5-litre diesel engine, which develops power and torque outputs of 99bhp and 215 Nm. The engine comes paired with a 5-speed MT. On the other hand, the Kia SUV gets propelled by a 1.5-litre diesel mill, which is capable of shredding out 113bhp of peak power and 250 Nm of twisting force. Transmission duties are done by a 6-speed torque converter automatic gearbox. On paper, Kia Seltos is more powerful than Ford EcoSport. In total, the Youtuber conducted three rounds of a drag race. This is a rolling drag race in which both SUVs will starts rolling at the same speed (for example- 20kmph) and will speed up at one point, and the car that finishes the race first will be the winner. The rolling speed in the first round was 30kmph, 35kmph in the second race and 40kmph in the last round. 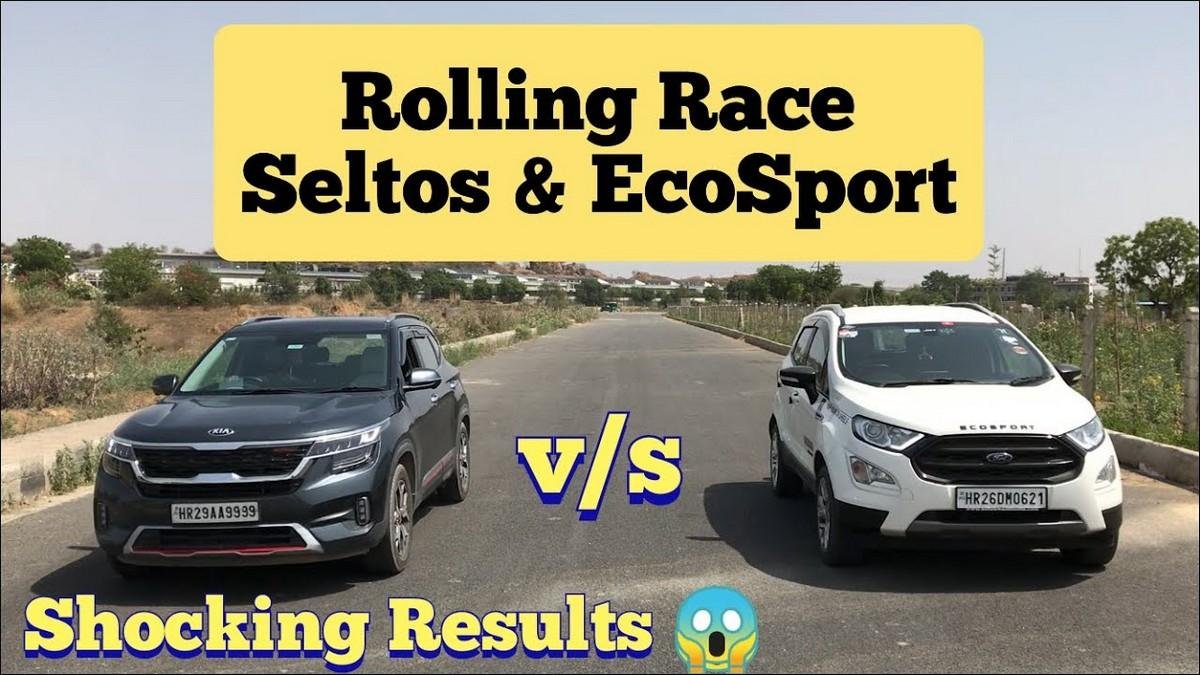