The Tata Sumo, which was launched way back in 1995, is one of the most successful cars in the Indian automobile market history. While the Tata Sumo is an MUV, Xenon is a pickup truck from the Indian brand. Both of these cars have received some really tasteful modifications

While the Tata Sumo became the first ever domestically designed 4x4 vehicle, its ladder-on frame construction has become older now as new designs and vehicles are emerging in our car market. Here are some of the customized Tata Sumo MUVs which can give the fresher cars a run for their money. 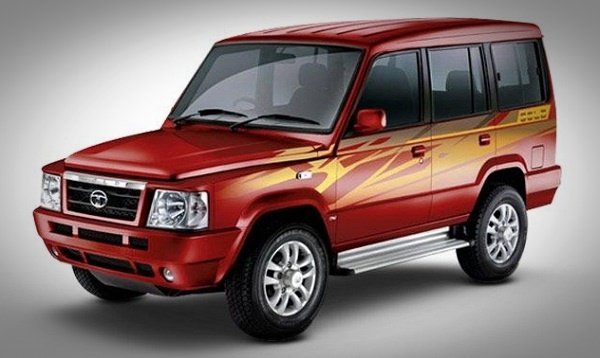 Tata Sumo was one of best MUVs for almost a decade While the MUV was released as an on-road model, this Tata Sumo extreme is an off-road concept with a dual tone colour scheme and upgraded masculinity. Showcased at the 2014 Auto Expo at Delhi, this is a concept model for those who want “best-in-class style, technology and performance”. The exterior had given a major refinement with black cladding for both front and rear wheel arches, all-terrain rims and tires, black grilles, sump guard and roof rails. Tata motors told that the model is in the concept stage and not a production-ready. Those twin rings on this Sumo gets attracted seen from anywhere

While the above model was a rugged one and looks like a complete off-roader, this is a neatly customized car with off-road tires fitted in black alloy wheels. Headlamps are replaced with a BMW-inspired twin ring angel eyes accompanied with LED headlights. The front bumper gets an additional bull bar with auxiliary lamps fitted on it. There are no major updates either physically or mechanically but there is a simple and neat “star” decal has been pasted on either side of the front doors of the car. This version of Tata Sumo is extremely safe for Militant Purposes

This version of customized Sumo is specially made by the original brand and exclusively fit army personnel rather than the civilians. This 4x4 model gets a revamped long travel suspension, custom-made wheel arches and a wider and bigger 33*12.5*15 inch tires. It also features a complete set of steel bumpers as an added protection for both front and rear. The army spec model also employs LED headlights and carries a 5 AMP power socket, a snorkel, a 0.5KVa inverter, a 14-litre Tropicool fridge and rock sliders. This model is painted in a light khaki colour in the exterior with a matching coloured leather upholstery in the interior. While the other models are based on Tata Sumo, this one is made on the company’s second-generation Sumo Grande and customized by Big Daddy Customs. The model gets a completely new blue coloured paint scheme with a refreshed front grille which adds a more premium look to the vehicle. Although the vehicle’s design hadn’t changed much, both the front and rear bumpers are upgraded with LED lamps, all-black alloy wheels and there is also a set of side steps on both sides. Tata Sumo is not only for urban use. It's a rally champion winning vehicle

This rally spec model was also made by the Tata Motors for the purpose of competing in the 10th edition of Desert Storm rally championship in which the same model has bagged the first prize in its category. This rally spec vehicle does come with some minor exterior updates such as a sump guard, a new set of alloy wheels with wider tires. It is also featured with a re-tuned engine and race-spec bucket seats. While the Tata Sumo is an MUV, Xenon is a pickup truck from the Indian brand. While the former had sold more than 100,000 units within a period of 2 years from its launch, the latter has a low sale volume in the passenger car segment. That said, some owners have given it a distinct identity. Details of some of the uniquely-modified Xenon are provided below. This viciously remodelled Xenon is a 2014 version from the brand’s line-up and it is modified only in the aesthetic appearance. The car is equipped with an all-new bonnet design with a purposeful scoop, roof-mounted LED light bar and hazard lamps. There is also another two LED bars on the grille, placed above and below the registration plates with embedded fog lamps placed under both sides of the headlamps respectively. The Xenon also features a customized suspension kit to accommodate long travel and so the wider wheel tracks that run on wider off-road rubbers along with bolder wheel arches. Both the front and rear bumper gets a complete redefinition along with the bull bar and large tire carrier. And finally, this Xenon is also equipped with twin exhaust systems. While the above-mentioned Xenon got numerous styling updates, this one is neatly remodelled with selective exterior parts. This Xenon gets a reworked suspension kit with steel rims fitted on the broader all-terrain tires. On the front, it features a blacked-out grille along with a pair of massive fog lamps that are fixed on the front bumper. 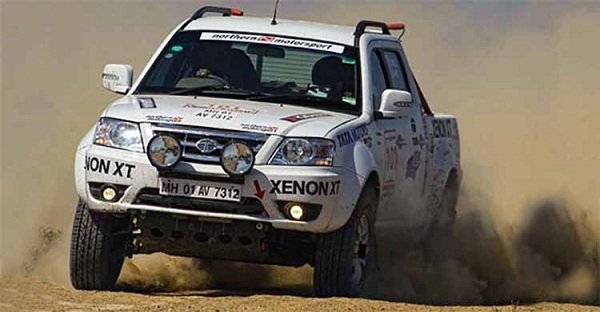 Tata Xenon is also designed to be driven hard

Just like the Sumo Grande rally, this one is also customized in a similar way with a reworked suspension, tuned engine and race-spec bucket seats. This rally spec Xenon is also one of the contestants that had participated in the 10th edition of Desert Storm. This double cab pick-up truck is also appointed with an exterior roll cage and runs on 4x4 hardware. This outrageously modified Xenon is a complete monster on its looks only with no mechanical updates. The single cab variant has its own suspension unit with a massive truck like wheels and all-terrain tires fitted in it. It also features a scoop on the bonnet and along with a snorkel mounted in the front side of the vehicle. The prestigious owner of this Monster Xenon has painted his vehicle in a burnt-orange or Mars orange paint scheme. When an Indian Car drew inspiration from the German, the final looks get deceiving

This completely refurbished conceptually looking Tata Xenon is really a production variant, not the prototype or show model. This Xenon wholly drew the design inspiration from the Mercedes Benz Ener-G-Force so its front face mimics almost the same design with a humped hood along with the stylish fenders, alloy wheels, off-road tires and a robust-looking paint scheme. A loading bay cover also aesthetically adds a more premium look to this off-road machine.