There was a time not too long ago when luxury was defined not by three-point stars or four rings, but rather a simple, but outdated, rear-wheel-drive sedan- the Hindustan Ambassador.

The Ambassador was not a car for people who wanted to drive, but rather who wanted to be driven around. Most of the Ambassadors on the road back then were chauffeur-driven, and thus quickly became a status symbol. Politicians preferred to travel in one, and so did many celebrities. Here, we shall go through a brief history of the Hindustan Ambassador, right from its inception till its demise.

The story of Hindustan Ambassador doesn’t start with the car itself, but a little before that. Hindustan Motors was established by Mr. B.M. Birla in 1942, when India was still a British Colony. In 1954, the company collaborated with Morris Motors of England (the predecessor to MG) to assemble their vehicles in India, thus reducing costs and increasing profits. A plant was set up in Port Okha, Gujarat.

After India’s Independence in 1947, Hindustan Motors decided to expand operations. In 1948, the company shifted production to Uttarapara, West Bengal. Instead of assembling Morris cars, the company decided to manufacture them under a licence agreement. The first car to be born under this new venture was the Hindustan 10, a rebadged Morris 10. Hindustan Landmaster - Precursor to the Ambassador

In 1958, Hindustan Motors introduced the predecessor to the Ambassador, the Landmaster. Based on the Morris Oxford Series II saloon, the Landmaster was quite a majestic looking car with a typical European charm. There was also an estate version of the car, but it wasn't very popular and was quickly discontinued.

Technically speaking, there was only one generation of the Hindustan Ambassador. During its entire production run, there was never any major update or overhaul for the car. There were, however, several changes over the years, which we have discussed below. In 1958, Hindustan Motors discontinued the Landmaster and introduced the Ambassador. The new car was based on the Morris Oxford Series III saloon. The car offered change styling, although the engine remained the same. The car was simply called the Ambassador. In 1960, the engine was upgraded from a side-valve design unit to overhead-valve design. The car was never called the ‘Mk I’ though, that name arose in retrospect of the later models. The HM Ambassador Mk II sported different styling than the Mk I, which was the only change in the new model. The exterior was redesigned with a new front grille and new taillamps. The interior was also upgraded with a new dashboard design and wood embellishments. There was no change to the engine and drivetrain of the car. It was still powered by a 1.5-litre petrol engine, paired to a 4-speed manual transmission and a rear-wheel-drive system. In 1975, Hindustan Motors introduced another facelift for the new Ambassador. The front grille got a fresh design, and the indicator lights on the front were also round now. In 1977, a new 1.8-litre petrol motor was also added to the lineup, mainly to provide adequate power to run the AC system as well. 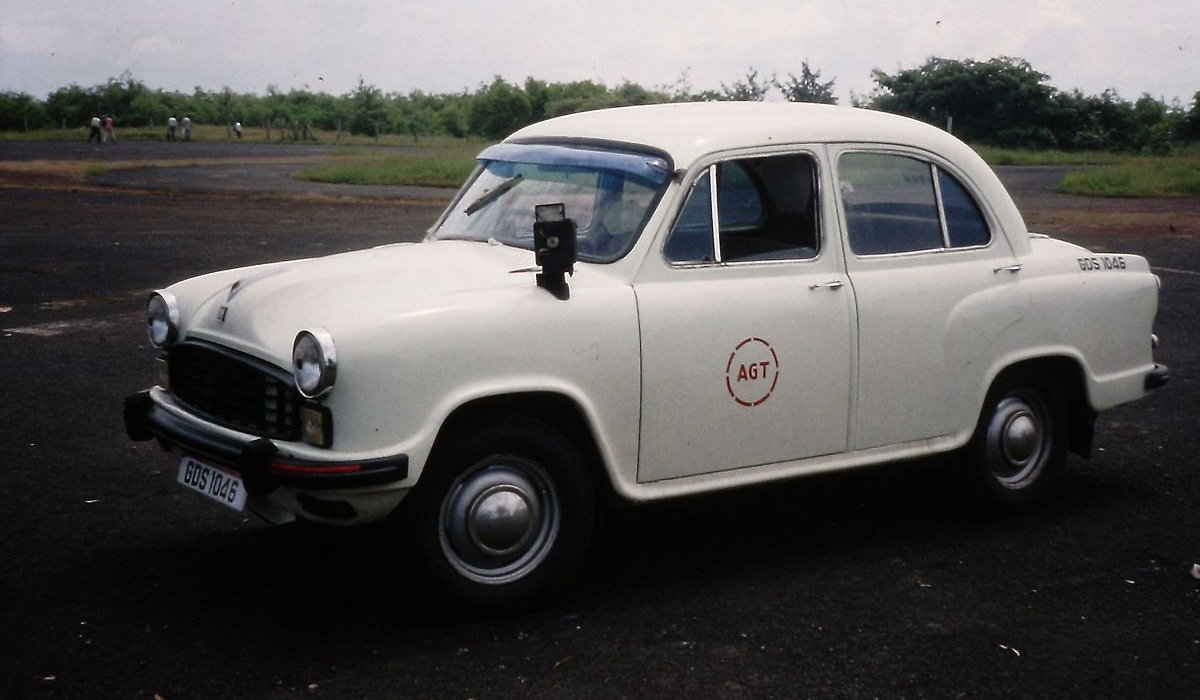 With yet another minor facelift, the Hindustan Ambassador soldiered on in the Indian market. A new diesel engine was added to the line-up in 1980, but was only available for government officials and taxis, as private ownership of diesel vehicles was restricted at the time.

In 1991, the liberalisation of the Indian economy allowed other major car manufacturers to enter the market. Soon, the Ambassador started to feel extremely outdated compared to some of its then-modern competitors. To fight off the competition, Hindustan motors gave the Ambassador a touch of modern technology, along with a new nameplate, Ambassador Nova. Everything inside the car was upgraded, including the steering, brakes, and even the electrical systems. The dashboard design was also changed. The engines on offer were now the 1.5-petrol and the 1.5-diesel. 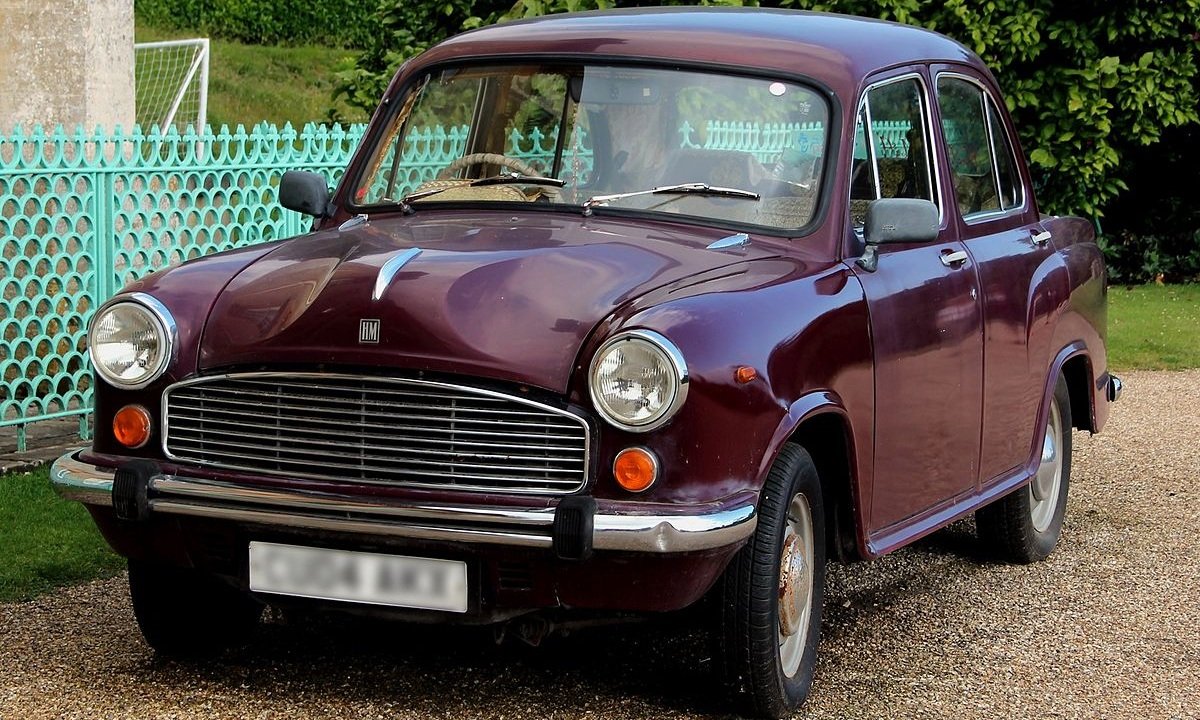 To improve sales, the company added a new model to the lineup, which was sold alongside the Nova. Dubbed the Classic, this car was the ‘upmarket’ trim of the Nova. The original 1.5-litre BMC petrol and diesel remained, and two new Isuzu engines were also introduced – a 1.8-litre petrol and a 2.0-litre diesel. The car was previously showcased at the 1998 Delhi Motor Show (Auto Expo). Hindustan Motors further added plenty of new features in the Ambassador and introduced it as a new model in 2003 as Ambassador Grand. The Grand was only available with the Isuzu-sourced 1.8 petrol and 2.0 diesel. Another version of the Ambassador, called the Avigo, was also introduced in the Indian market alongside the other models. This model featured a heavy redesign, as a part of the brand’s revitalisation strategy. The car’s styling was much more rounded than before, almost feeling like a modern-retro vehicle. The luxury factor was also improved, with a new HVAC system, premium Kenwood audio system, and a new instrument console. The dashboard design was once again changed, with new wood embellishments. The seats were also new, with a dual-tone colour scheme. Hindustan Ambassador Encore was the last model to be introduced by the company. It was based on the Ambassador Grand, but with BS-IV compliant engines. Sadly, there weren’t many takers as, by this point, the Indian market had largely been dominated by front-wheel-drive hatchbacks. Compact crossover SUVs were also slowly gaining popularity, which made the market even more competitive.

On 24th May 2014, the production line of the Hindustan Ambassador was finally shut down, bringing an end to the car’s run after more than five decades.