Recently, a video fo a Hindustan Contessa that has been comprehensively modified to look like a Ford Mustang has surfaced online. Read on to discover what are the changes that have been done to the vehicle.

During its operation in India as an auto manufacturer, Hindustan Motors produced quite a few memorable vehicles, among which the Ambassador may be the most popular and nostalgia-provoking model. Moreover, there is also another less well-known car, the Contessa, which has also won the heart of many car enthusiasts in India. The sedan was quite popular and costly while it was still available in the Indian auto market. The Contessa is not just known for its comfortable cabin and the muscular appearance which had witnessed little precedent for sedans in India at that time but also the great potentialities for modifications.

These are the reasons why the Contessa is still one of the favourite sedans of the Indian auto buyers and often looked for in the used cars market. There have been various cases in which the HM Contessa is stunningly customized to look like other vehicles which take customers aback. Ford Mustang was considered to the first muscular car in India because of its special design which was sourced from Vauxhall VX under license. Therefore, the car is perfectly suitable to be modified into a Ford Mustang at a reasonable price. Firstly, let’s have a look at the video which shows a Ford Mustang which is actually a customized HM Contessa, then we will discuss the changes done to the car in details.

From the video, we can see that the Contessa has been thoroughly customized with almost all-new bodywork to resemble the Mustang. In the front end, it comes with a typical Mustang grill, a Pony symbol positioned between the two lamps and a thin metal bumper. On the side profile, the two-door layout has replaced the four-door one on the original model. The rear is equipped with three circular pods on each side to function as taillights with another reverse pods, indicators and brake. The polishing boot further enhances its overall appearance. 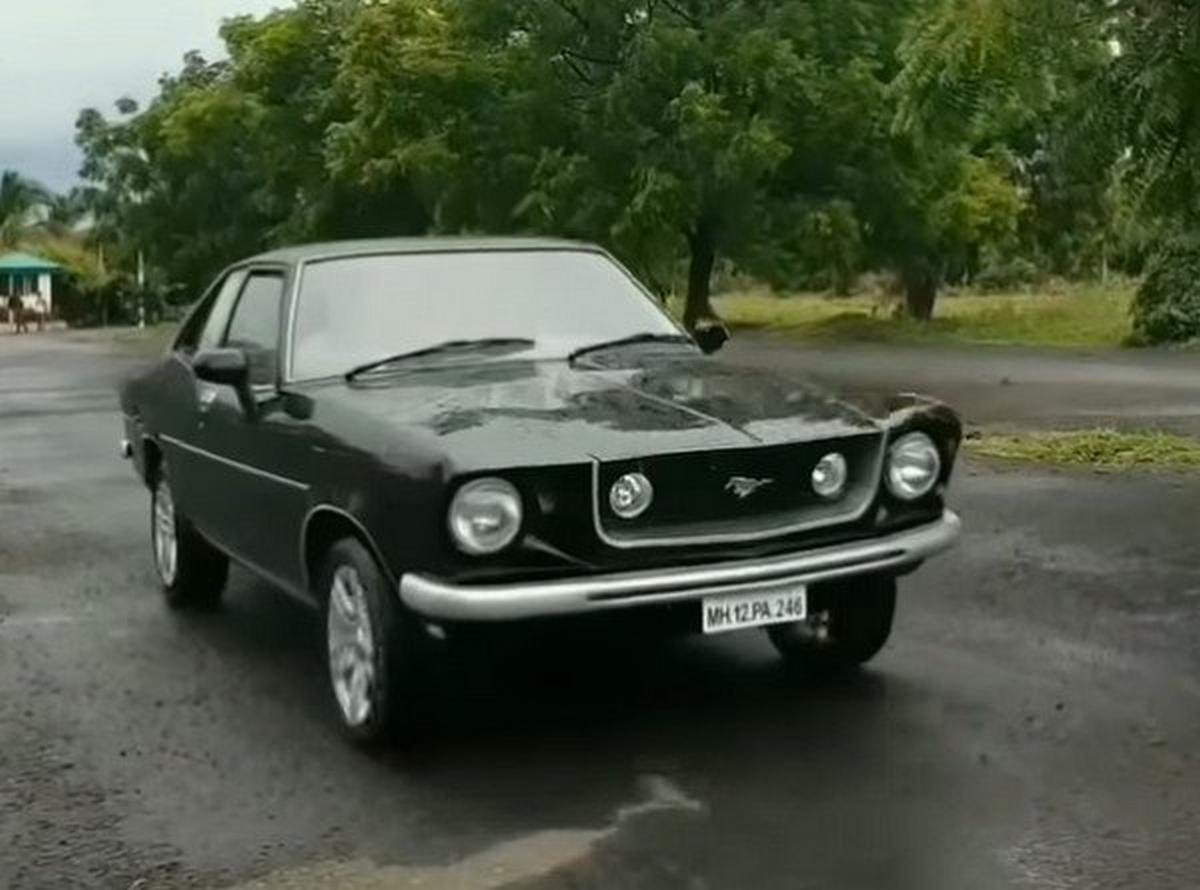 Not only the exterior but also the interior of the HM Contessa has also been heavily customized. The overall cabin and even the dashboard comes with a dual-tone red-and-beige paint scheme. The sporty Momo driving wheel also receives a combination of red, black and silver colours. The door pads and the gearstick have also been covered with new materials which go well with each other. The car is replete with customized seats and seat coverings, which adds to the high quality of the cabin. These features show that the people who did the mod job have paid great attention to details. The interior of the HM Contessa has also been heavily customized

The modified Contessa Mustang gets the power from a 1.8L water-cooled petrol motor which is good for a maximum power of 85 hp at 5,000 rpm and a peak torque of 135 Nm at 3000 rpm. It is equipped with disk brakes in the front wheels and drum brakes in the rear.

Under the hood of the customized HM Contessa is powered by a 1.8L water-cooled petrol motor

The only drawback of this customized Contessa is the lack of a new powerful motor and new exhaust pipes. Nevertheless, it is one of the best-modified products which have been made and deserves to receive a big round of applause from the car community.