Indian cricketers earn massive incomes by competing in matches, taking part in product endorsements, and participating in events. So when they happen to own some uber luxury cars, no one would be surprised.

Cricket is the sport that is loved by almost every Indian, and Indian cricketers receive the recognition and hoorah of A-list celebrities. Therefore, beyond the money cricketers get from playing in the Indian Premier League, they amass a ton of cash from endorsements and match fees among other things. The incomes cricketers, even the new-generation ones, receive allow them to enjoy a few luxury sets of wheels. Let’s check out some over-the-top cars that young Indian cricketers are flashing on the streets.

Shikhar Dhawan is a young Indian cricketer who has created quite a name for himself since his first appearance in mainstream cricket 2004. As the opening batsman of the Indian cricket team on multiple occasions, Shikhar Dhawan has his reputation well-established. It is only normal that he would treat himself to at least one luxury car and the one that he chooses is a Mercedes-Benz GL350 CDI SUV.

Mercedes-Benz GL350 CDI SUV is the German automaker’s flagship car in the market, and though the GLS class has replaced by the GL class, the former still holds a special place in any car lover’s heart as a high-performing luxury car.

The price of Shikhar Dhawan’s Mercedes-Benz GL350 CDI SUV is approximately 80 lakh. While the price tag is not as crazy as some other cars’ in this list, that is definitely a price to aspire to for a lot of folks. Rohit Sharma is the captain of Mumbai Indian, and he is one of the rare people who do not go crazy about cars and collect super luxury vehicles like people collect stamps. With that being said, Rohit Sharma does own 2 expensive cars, one is a BMW M5 and the other one, a bit more modest, is a Skoda Laura.

Rohit Sharma really loves his BMW M5 to bits as he is frequently seen driving this car around town. This powerful sedan is probably one of the cars that is the most fun to drive because it is equipped with a 4.4-litre Turbocharged V8 Petrol engine that is mated to a 7-Speed Automatic M Double Clutch Transmission With Drivelogic. This monstrous combination allows the car to produce 592 bhp at 5600-6700 rpm and 750 Nm at 1800-5600 rpm and reach 100 km/h in merely 3.4 seconds.

The ex-showroom price of BMW M5 is 1.4 crore. But if you are a speed lover and you have 1.4 crore in your pocket, purchasing a BMW M5 is definitely not a bad choice. 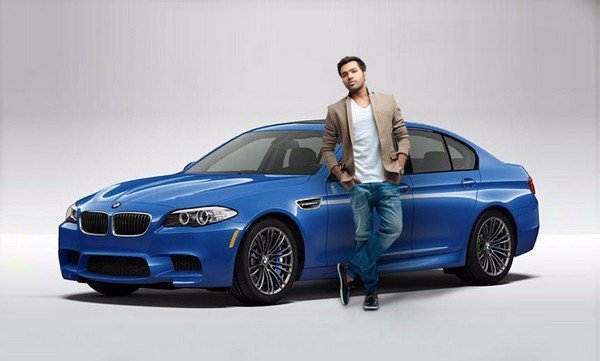 Mumbai Indian’s captain, Rohit Sharma has one luxury car in his garage, a BMW M5, but he drives it often

Ravindra Jadeja is a well-rounded cricketer of the Indian team and all kinds of hearts got broken when he tied the knot in 2016. But his heart was definitely intact because his in-laws gave him a wonderful wedding present, a flipping Audi Q7. He was so happy with this extravagant present that he said: “What a great gift from my parents-in-law. Everyone should get such parents-in-law. Love you.”

Even though Ravindra already owned an Audi Q3 before that, he takes a great liking to his in-law’s present and usually takes it out for a ride.

The car is reported to have cost Ravindra’s father-in-law 95 lakh. While not many people have that much money to put into a car, we could at least dream about having some rich in-law to give us such an expensive wedding present. 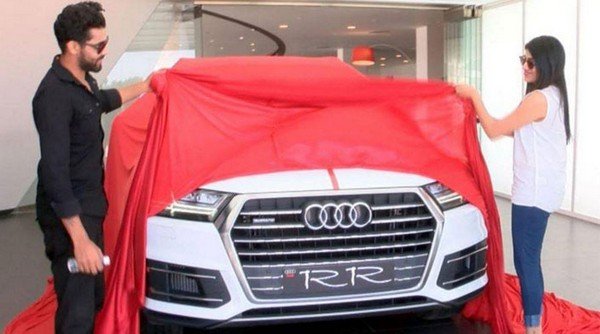 Dinesh Karthik is a young wicketkeeper-batsman who has even made an international debut in his cricket career in 2004. Since that event, he has been playing as a wicket-keeper and an opening batsman, and though he is still young, he has accomplished a lot and the future is indeed bright for Dinesh.

As we might expect, what grows together with Dinesh’s cricket career is his bank account, and to treat himself to a car worth his time, money, and value, he chooses a Porsche Cayman S.

Porsche Cayman S is an inside-out exceptional artwork. The bodywork is sleek and futuristic, the upholstery is beautifully crafted, and every little detail is well taken care of. This mobile piece of art is powered by a 3.4-litre petrol engine that produces 275 PS at 7400 rpm and 340 Nm at 4400 rpm. The beasty engine is mated to a 6-Speed Manual Transmission.

It is reported that the Porsche Cayman S took 1.78 crore out of Dinesh Karthik’s pocket, but when he has such a car to drive, we bet that he does not care. 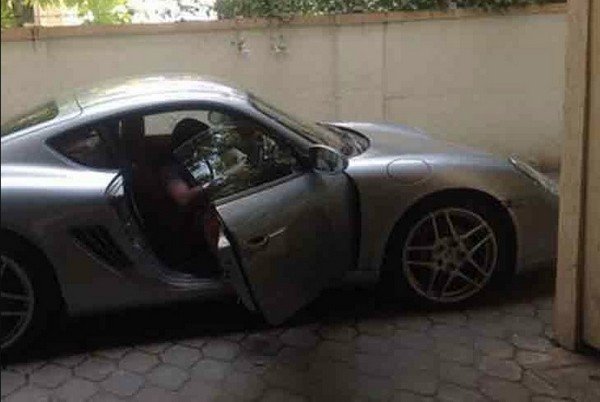 To save the best for last, we now look at the garage of Virat Kohli - the captain of India national team. And you had better trust us when we tell you that the cars in his garage probably exceed the number of items in your shopping list.

Being the brand ambassador for Audi in India, Virat Kohli had quite an envy-worthy collection of Audi in his possession. From an Audi Q7, to an Audi R8 LMX Limited Edition, to Audi V10 LMX - he has got them all. And it is speculated that Virat Kohli’s Audi collection alone is worth 10 crore.

And oh boy does Virat love his Bentley! He has been spotted driving his white Bentley on the streets of Delhi, and he even took it to the airport with him.