Will You Have to Link Aadhaar to PUC?

MoRTH has recently asked the state transport departments to iLink PUC to Adhaar or Vahan, However, wouldn't it be a better move by linking the PUC certificate with only Adhaar?

Digitization is the way forward for the future authentication process. The Indian government on this note is trying hard to digitize the documentation associated with vehicles plying on roads. Since, it is mandatory to carry the driving license, vehicle registration certificate, vehicle insurance policy and PUC certificate while driving a vehicle and carrying around physical copies of the same at all the time is a bit cumbersome. To fight this issue, the Ministry of Electronics and Information Technology released an app ‘DigiLocker’, which could store one’s driving license and vehicle registration certificate. But, this isn’t all that is required to be carried around. The Insurance policy and a PUC certificate were left unattended by this app-based document saver. Although the insurance policy was taken care of by the insurer itself, by providing a digitized deed, the PUC certificate remained foundling a digital platform for itself, forcing the drivers to present one physically, whenever asked to. The PUC certificate is an important document, as it proves the vehicle is not polluting machinery and is emitting exhaust gases that confine to the prescribed limit. However, failing to produce it when asked, scores a penalty of Rupees 2000 as fine, as per the new MVA 2019. The PUC certificates issued by the centres are fragile since most of them are offered on a piece of paper, jeopardizing the driver about preserving them for a year.

On 23 September 2019, the Ministry of Road Transport and highways has issued a letter to all the states apprising them to Link Aadhaar to PUC at their earliest. Some state transport department followed the guidelines and went on with the suit while some didn’t. Though, this isn’t the very time the government had planned this step. The deadline for this plan to come in action was April 1, 2019, but none paid heed, and now Morth has again issued a letter to follow the process of linking PUC certificates to the online directory.

According to Morth, if car owners link Aadhaar to PUC, it will help them as the authorities can retrieve the documents in digitized form on the e-challan or m-parivahan app when needed. The process does sound beneficial but has a much larger issue associated with it. The cops in general issue challan to road users in a bid to fulfill a certain target figure that is issued to them, thus checking the PUC certificate through their e-challan app is at their wish and will. 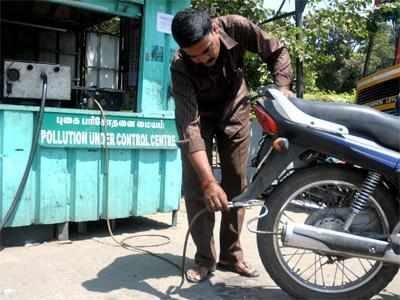 Ultimately, it will be beneficial for vehicles owners to link Aadhaar to PUC

If car owners Link Aadhaar to PUC, it will digitize the process firmly. As the DigiLocker app works on the grounds of Adhaar credentials and any document that is not in convergence with your Adhaar details can not be accessed through the app-based safe. Linking the PUC with Vahan will certainly help the government and law enforcing authorities, but the citizens will have another app to do the tasks with. While the adhaar based DigiLocker app is stated equivalent to the original documents, the mParivahan is still a platform unheard of.