Here is a video of a tug of war match between the Mahindra Bolero and Scorpio. Both the SUVs are quite capable and are pretty popular among the enthusiasts.

In spite of being dated and less powerful, Mahindra Bolero has a huge fan following around the country and even among some off-road enthusiasts. The SUV is quite loved by the people for its raw appeal and boxy styling. The enthusiasts like to customize the SUV by adding new alloys, off-road-spec bumpers and much more. Talking about the Mahindra Scorpio, the SUV is still loved by many people. The car was first introduced back in 2002 and has received several updates ever since. It's another favourite of the SUV-buying lot. Compared to Mahindra Scorpio, Bolero is more affordable and made its first debut back in the year 2000. Here is a tug of war challenge between both these SUVs.

In this challenge, the frame of two cars (just below the boot lid) is attached through ropes. Afterwards, both the cars have to accelerate, and the more capable vehicle drags the car towards itself to win. Another way to do this challenge,is where one accelerates while the other one applies the brake. The car which manages to pull its rival is the clear winner.

In this video, one can easily spot the clear winner. The Mahindra Scorpio is facing a heavy wheel spin and is really trying hard to win this competition, but as soon as the Bolero starts to pull, the Scorpio is easily dragged. Mahindra Bolero could have possibly won because of the dual-purpose tyres it employs. These tyres must have helped the car to gain good traction. 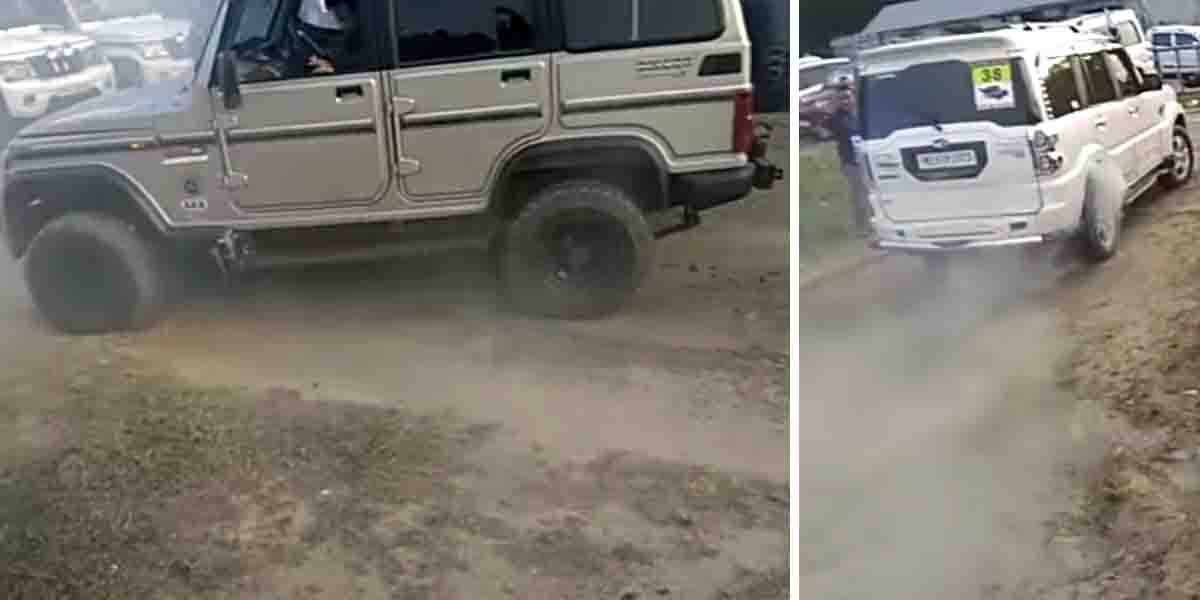 Mahindra Bolero was first introduced back in year 2000

We are pretty sure that the Scorpio SUV would have been a clear winner if this competition was conducted on normal roads. The Mahindra Bolero derives power from a 1.5-litre turbo-diesel unit that produces power and torque outputs of 76 PS and 210 Nm, respectively. The engine comes paired with a 5-speed manual transmission. On the other hand, the Scorpio is propelled by a 2.2-litre four-pot turbo-diesel engine which puts out 140bhp of peak power and 320 Nm of twisting force. Transmission duties are done by a 6-speed manual transmission.