This Ford Endeavour has been modified with a wide body kit, which makes the SUV look really stunning. Read on for more details.

Being one of the most popular SUVs in India, the Ford Endeavour competes against the Mahindra Alturas G4, Toyota Fortuner and the recently-launched MG Gloster. The Endeavour is the flagship product of the American automaker in the Indian auto market. It is offered with both 2WD and 4WD configurations. As the BS6 emission standards started to take effect in April, the SUV received an update with the old 3.2-litre and 2.2-litre turbo diesel motors being replaced by a 2.0-litre turbocharged oil burner which is mated with a 10-speed AT. The Ford Endeavour is also well-known for its modification potentialities. Below is a modified Ford Endeavour which comes with a custom wide body kit, which makes the SUV look quite impressive. 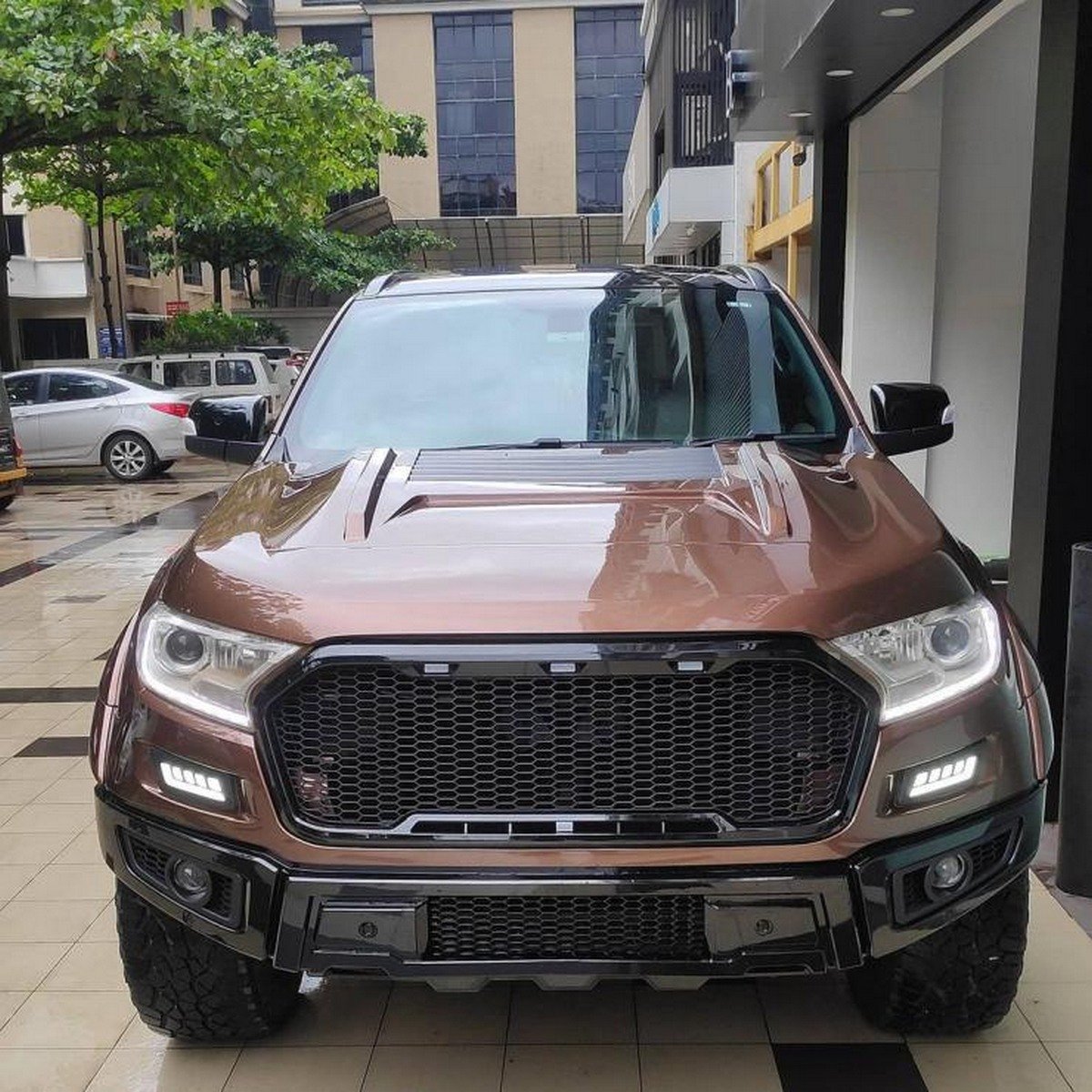 Shared by Carmax on their Instagram page, the images show that the Ford Endeavour has received quite a few alterations. The SUV already comes with an aggressive stance which has been further enhanced by this modification job. The car gets a new Bronze paint scheme, which looks attractive. All the chrome components on the SUV have been either removed or blacked out.

In the front, the stock grille on the SUV has been substituted with a Raptor-style gloss-black grille with LED lights which gets a honeycomb mesh but misses out on the Ford logo. The bumper also comes with a glossy black finish, which helps enhance the SUV’s approach angle. A set of aftermarket LED DRLs is positioned below the headlights. The SUV also receives a custom bonnet scoop. On the side profile, the coloured body cladding on the wheel arches contributes to the robust appearance of the SUV. The door handles and ORVMs have now been painted in black. The roof has also got a black treatment. One of the most outstanding features on the side profile is the new alloy wheels with thick and heavy off-road tyres. An automatic footstep has also been added and it can automatically come out when the doors are open.

This Is A Ford Endeavour Limousine Which Is “Made In India” In the rear, the roof spoiler and the chrome applique with Endeavour logo have also been blackened. While the taillights have been kept intact, the bumper gets a dual-tone scheme with LED reflector lights. Inside the cabin, the SUV features several upgrades as well. The wooden inserts on the dashboard and the door pads now receive a carbon fibre finish. All these alterations have improved the appearance of the SUV, making it look much more aggressive than before.