Tata has recently revealed a new witty ad which showcases the upgraded safety features of their entry-hatchback, Tiago.

The Indian carmaker Tata has recently revealed a new TVC for the Tiago, company's best-selling hatchback. The advertisement shows a girl sitting in a garden, finding her a perfect match on Tinder and it ends with Tata Motors showing Tiago’s safety levels. The company has recently added some standard safety features like driver and passenger airbags, and ABS across all its variants. Tata Tiago is the most safety loaded car in its segment. Moreover, the hatchback also features reverse parking sensors (only for the top of the line variants), seat belt reminder, speed alerts and ISOFIX child seat mounting points. Check out the TVC embedded below.

Tata Tiago rivals against the Hyundai Santro, Maruti Suzuki WagonR and Hyundai Grand i10. The hatchback costs around Rs 4,39,990 to 6,61,990 (ex-showroom, Delhi). The company sells over 5,000-6,000 units of Tiago every month, which makes it the most successful entry-level hatchback, made by an Indian carmaker in recent years. For now, Tiago derives power from a petrol and diesel mill but, Tata has plans to discontinue the diesel powertrain by April 2020. Tiago is powered by a 1.2-litre, 3 cylinder naturally aspirated petrol mill which develops 84 Bhp of power and 115 Nm of peak torque. Transmission duties are done by a 5-speed manual and a 5 speed AMT. The hatch is also powered by a 1.1-litre, 3 cylinder turbocharged motor which churns out respective power and torque outputs of 70 Bhp and 140 Nm. The engine comes paired with a 5-speed MT as standard. 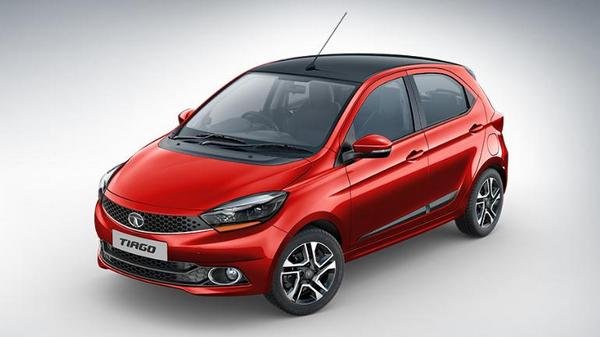 The company has recently added some standard safety features like driver and passenger airbags, and ABS across all its variants.

Another engine options which is specially built for the performance freaks. The car named as Tiago JTP, it gets propelled by a 1.2-litre turbo petrol motor which cranks out 114 Bhp of power and 150 Nm of twisting force. The engine comes mated to a 5-speed MT. The car can accelerate from 0-100 in just 10 seconds. Tiago JTP is priced at Rs 6.39 (ex-showroom, Delhi). Moreover, Tata also retails a crossover version of Tiago named as Tiago NRG.