The Art Of Naming A New Car Model: How Famous Car Brand Their Cars

11 0
Toyota Camry, BMW 750i, Ford Everest, etc are names you've heard so much, but do you know or do you ever wonder what their meaning is? And how car makers come up with those names in the first place?

Vehicle naming is also an important part of the car sales strategy. Manufacturers like Mercedes, BMW choose letters and numbers to name their car while brands such as Toyota, Hyundai prefer to use phrases with special meaning. German car giant BMW always chooses easy-to-remember names which also include the cylinder capacity of cars. Initially, BMW used odd numbers in car names, the higher value cars would be marked with higher numbers (3 series, 5 series, 7 series). Later on, the company developed lines of 1 series, 6 series and most recently 4 series, so the principle of odd number is no longer applied. BMW's name is based on the following structure: Series + capacity + type of vehicle + fuel used. With the diesel model, there is letter "d" in the name. For example, the BMW 325i, which belongs to 3 series with a 2.5-litre engine and runs on gasoline. Literally, the letter “i” means "injection" of gasoline. If the letter "L" is added, the car has great length, 750L. However, there are several versions that do not correspond to this principle, for instance, the BMW 535i uses a 3.0L turbocharged engine or the X-series of X3, X5 or X6. 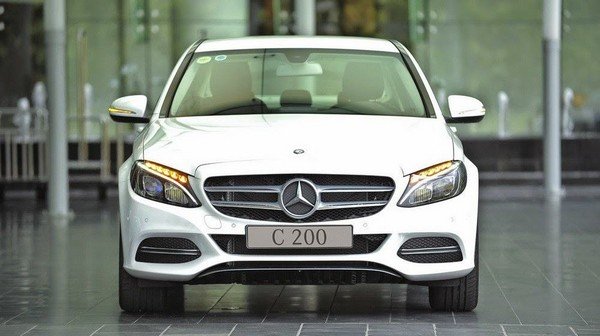 Mercedes names cars in the alphabetical order. Two models of high-class are E-Class and S-Class, while models of the lower class are C-Class from 1994 and A-Class from 1997. Mercedes A-class, C-class derived from the E-Class. The "E" is originated from the German term "Einspritz", meaning "gasoline". E-class is the first model to use electronic fuel injection technology.

Besides, the name of the car also represents the target customers of the company.

In the beginning, Mercedes followed the naming rule of BMW. However, due to engine changes and other causes, the number in car name was no longer the same as their engine capacity. For example C240 - sedan class C but using 2.0-liter turbocharger. In addition, Mercedes convertible models are named after luxury terms such as SLK, CLK and SL, and three numbers behind display the engine capacity, such as E320 - class E sedan cylinder capacity 3.2L. Lexus name is usually the following structure Series + type of car + capacity. For instance, LS460, L is the series (the further the letter goes in the alphabet, the more expensive the car is), S is Sedan, 460 is 4.6 litres. RX350: X is often referred as Sport/Utility (SUV). The way Toyota and Honda naming their cars is different. Honda uses expensive words with deep meaning to name its car. For example: with Honda Civic (Civilization), Honda hopes the Civic will help modernize the villages in the urbanization process of the world. Toyota often likes words meaning crown, which honours beauty. Models like Corolla, Crown or Camry all come from there. In addition, the Japanese car company also choose the characters which are easy to read and to remember. Vios in Vietnam, for example, is derived from the German word Vitz, meaning "witty, funny".

Ford cars are named after easy-to-memorize words, such as the Ford Laser, the Ford Escape (the escape that demonstrates flexibility and power), the Ford Ranger (with "Ranger" means cavalry, showing manoeuvrability of this pickup truck). Chevrolet has a popular model, Gentra, which is associated with the image of a gentleman. Gentra is composed of two words in Latin: Gentleman - Gentleman and Transport - Transport.

>>> Do You Know The Fascinating Hiden Meaning Behind Indian Car Logos?