Things To Expect From The Upcoming Toyota Innova Crysta Facelift

60 0
Toyota will launch the Innova Crysta facelift in the Indian market next year. Here are five important features you can expect from the car.

Toyota Innova Crysta is the top-selling car in the company’s line-up for the past few years. Being a premium and practical product in its segment, Toyota Innova Crysta has a very loyal fanbase. Keeping an eye on the rising competition in the mid-size SUV segment, the Japanese carmaker is now planning to launch the facelifted version of the MPV next year. Here are five things you can expect from the upcoming Toyota Innova Crysta facelift. 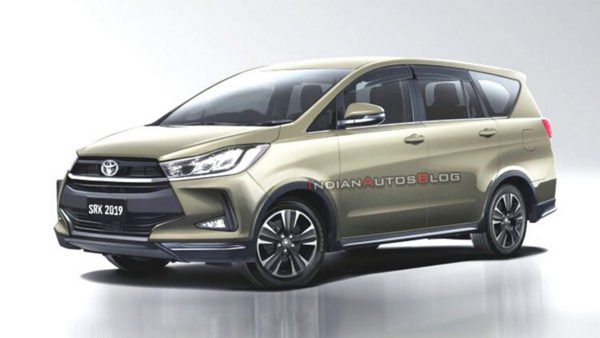 Toyota Innova Crysta is the top-selling car in the company’s line-up for the past few years.

Currently, Toyota Innova Crysta is powered by three engine options: 2.7-litre petrol, 2.4-litre diesel and 2.8-litre diesel engines. These motors are expected to get updated to meet BSVI emission norms when it comes into effect by April 2020.

The Customers can also expect the upcoming facelifted model of Toyota Innova Crysta to sport automatic transmission with the existing 2.8-litre engine under VX grade. Currently, the AT is only available with the base GX and top-spec ZX variant. The interior of the MPV is also expected to employ some subtle updates to increase the premium quotient of the car. The touchscreen infotainment system will likely to get updated with Apple Carplay and Android Auto along with some added technology-based features.

Upfront, the Toyota Innova Crysta facelift is likely to get major updates. One can expect the front end of the MPV to feature a restyled grille, bumper, headlamps along with newly designed alloy wheels on the side. Moreover, the car will also receive some subtle visual changes at the rear end too. As the mid-size SUVs are getting updated with some advanced technologies, you can also expect the facelifted top-of-the-line Toyota Innova Crysta model to feature wireless charging, atleast as an optional extra if not as standard equipment.