Top 16 Weirdest And Ridiculous Traffic Laws All Around The World

Think of the weirdest laws you know in India before reading this article, and you will soon find that they are not as strange as the following bizarre driving rules across the world.

Have you ever heard of always-switched-on lights, handsfree eating, or a law forbidding bad-breath people in your area? As a matter of fact, they really exist in real life in countries outside India. Although there are reasonable laws, most of the rules you will read below are still somehow out of the norms.

Remember to put on your top (and your pants) while driving in Thailand. To be specific, it is illegal to be shirtless in the country and the wrongdoers will be fined! Be it driving a bus, a motorbike, a tuk-tuk (a common kind of ‘taxi’ in Thailand), or any vehicle, the drivers still have to follow the law. Tuk-tuk and a 'dressed-up' driver in Thailand

A muddy car will give any driver in Russia a penalty as the government enacted a law which charges 38$ fine for individuals letting their cars dirty. Therefore, remember to perfectly clean your car while in Russia.

Could you eat without using a hand? Definitely not! However, people in Cyprus have to put both their hands on the steering wheel while driving no matter what. If someone is caught by the police due to driving with one hand just for a second in Cyprus, he or she will face the hefty fine. The law was enacted because there has been a lot of accidents on the island. A view of Cyprus

Finland considers the matter of copyright one of the most important factors. It is so important that cab drivers must possess a license to play recorded music when carrying passengers. In India, taxi drivers will offer you a wide range of music for you to play according to your favourites; nevertheless, it is a requirement for drivers in Finland to pay an annual license fee which costs 45$ per year to play music in their cars.

When you have an accident involving a quite big animal, you must report it or else you are considered doing an illegal action. What makes this matter one of the weirdest traffic laws is how the fine is estimated; the more you earn, the more money you pay. However, you will not face this seem-to-be-unfair law if you report the accident properly. 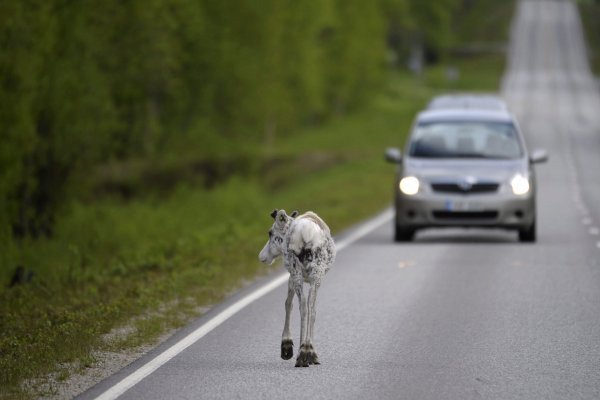 If you see an animal on the road in Finland, better not hit it!

No. 6 Manila, the Philippines

The desire to reduce pollution which has been made by humans, Manila decided to establish (and they did establish) a law. Its motive is really inspiring, but the execution is somehow a little bit strange. The law states that a limited number of days you can drive each week is calculated according to the last digit of your license plate. For example, license plates ending in 1 and 2 are prohibited from driving in Manila on Mondays between the hours of 7 to 10 am and 3 to 7 pm. 3 and 4 cannot drive Tuesday in Manila, during the same hours. 5 and 6 Wednesday, 7 and 8 Thursday, 9 and 0 Friday. Surprisingly, the system has not changed for 10 years. Additionally, the fine is 500 pesos (11$). Though it may be weird, this could be a hopeful solution for other countries to reduce the amount of pollution.

Wearing flip-flops, backless shoes, barefooted, high-heels, or open-front shoes is illegal in Spain. This is one among the weirdest traffic laws to be known by now. The reason is inappropriate footwear can definitely impede you while driving. The money you must pay for the fine is up to what you wear. Therefore, choose your footwear wisely!

In the United Kingdom, honking in a residential area between 11.30pm-7am is considered illegal. It can be an exception for giving a warning of another road user who may face or poses a danger. If you cannot be patient during nighttime, your impatience will cost you up to £1,000. 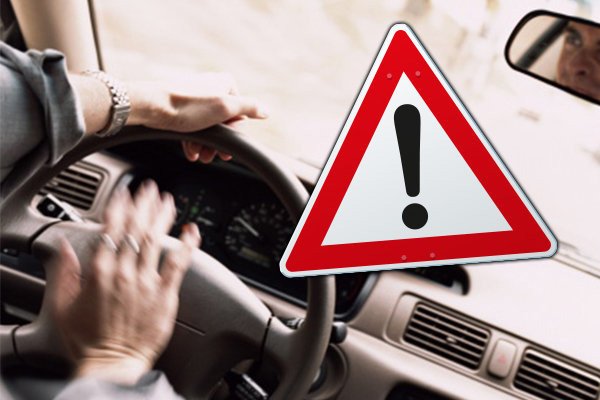 You will be caught if you stop on the Autobahn even if your petrol runs out. The Autobahn is another name of German highway which does not have an official speed limit. Therefore, it is reasonable that the government does not want people to stop in the highway because other drivers could drive up to 200mph. If you really need to stop in the Autobahn due to force majeure, you can wait to get to a rest stop (Raststätten) which has gas stations, shops, picnic tables, restaurants and toilets (with a 70 euro cents of entrance fee). Keep in mind to have your car full of fuel before entering into the Autobahn.

No. 10 United Kingdom and Japan

There is a law in both countries that punishes people who splash others (specifically, pedestrians) on the road. This may be the least weird traffic laws across the world as anyone can reasonably explain it. Of course, it is an impolite behaviour that no one can like. If a person splashing a pedestrian in the United Kingdom, he or she may have to pay £1000 if the case goes to court.

Drivers must let animals like ostriches pass the road even they move so slow. That’s because of a law in South Africa that make animals become the ruler of the road and whoever disrespect them will pay an amount of $600. You must show your respect toward animals in Africa no matter how rude they are to you!

Drivers will not let you get into their cabs if you have bad breath and this should be a motivation for people to check their dental health regularly which is a good thing by the way.

People must turn on headlights 24 hours per day or else they will have to pay a fine. Their power cost must be very high! Or they put their safety in priority as there may be accidents in the day due to the low-light environment; additionally, this may also help the road users of the opposite direction notice there are other drivers by observing the light. What is more, people who feel asleep might be woken up by the headlights!

Drivers must stop at least 50 meters away from the pedestrian crossings. If a driver does not follow the rule, he or she will receive an immediate fixed penalty charge. A pedestrian crossing in Singapore

Police officers have a special ability to determine whether someone is speeding in zones of 30km/h or less by mere eyes. How fascinating! The police in Austria can be compared to the X-men!

it is not right to drive a black automobile on Sunday. According to research conducted by Carwow, the reasons for this unusual law is unclear. This makes the rule more bizarre. Perhaps, not so many people buy black cars in this area?

This is the end of the weirdest traffic laws across the world. We hope that this article will not only bring to you insights about places all around the globe but also provide you with smile and laugh. Moreover, after reading these fun facts, you should be aware of the traffic laws wherever you go to in order not to face any problem.

>>> Also Read: Unwritten driving rules in India you should know