Top 5 Cars That Can Help You Survive Any Disaster

Earthquakes, tsunamis, typhoons, and active volcanoes - those are few of the direst situations that anyone can fall into, and there is at least a car designed to protect you no matter what magnitude Apocalypse takes.

The 21st century is the era of zombies on screen. While they provide a certain kind of thrill and adrenaline rush for some people who seek excitement, zombie movies do create a sense of urgency and raise the question: “What would we do if some sort of apocalypse does strike?” In reality, occurrences that bring about colossal damages on a large scale are not that rare. Avalanche, volcanic eruption, earthquake, dust storm, landslide, or war are some of the disasters that can happen at any moment. To prepare for such unfortunate events, what you need is not just money. Well, actually, it is doubted that if having money on your side is of any use when nobody has anything to trade for cash. Some people have an idea of owning monstrous trucks to keep themselves safe or to run to somewhere safer, and it sounds like a good idea. That being said, without the context of Apocalypse, those trucks are prettily impressive works of engineers on their own.

When modern warfare has made military machines more sophisticated and complex, the creator of Partisan One clearly does not think so. To Dr Juri E Postnikov, a Russian engineer, the ability of a car to have in itself a crazy load of modern functions is not as important as the speed at which it can carry multiple innovative gadgets. Then, he created a car that lives by the motto: “best car for the world's worst roads”, and the Partisan One was born. The design of the car is original at best and crude at worst; Partisan One looks as if being built by a child out of Lego play blocks. The whole body is a moss green rectangular frame with no curve whatsoever. Partisan One is an exemplary case of function over fashion, and it is believed that curves would only meddle with the ability to carry loads of machinery. Moreover, the holes alongside the frame allow some extra stuff to be attached to the car. Underneath the vehicle is specially designed to carry armour, which will protect people in the car in case of landmines or small bombs. Partisan One is an ultimate example of function-over-fashion

The Partisan is so confident in this creation that they say this car will have a century warranty on the entire car, including all of its parts. No one knows for s when Apocalypse will come, but if there is a car that can function well for 100 years, maybe it may help us through dire situations too. Fingers-crossed. If you live in the mountainous snowy area, you may want to buy yourself a Nissan 370Zki before it is too late. Nissan 370Zki is an incredible snowmobile that was introduced earlier this year in the Chicago Auto Show. If you are a shrewd car lover and you realise that the name 370Zki is a tad bit familiar, well you are not wrong, because the snowmobile from Nissan is actually built from the sports car Nissan 370Z. 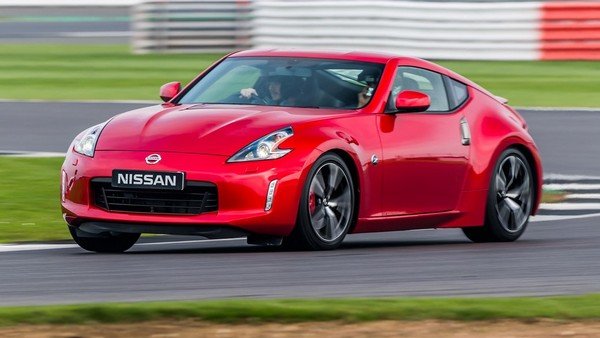 To build the snowmobile, the whole driveline of the 370Z is removed. A lift kit is fitted on the car to raise it 3 inches (7.62 centimetres) off the ground. However, the tracks that Nissan got from American Track Truck are 4 inches (10.16 centimetres) tall, so the guys at Nissan have to build custom mounts for the rear wheels. Nissan 370Zki retains a 3.7-litre V6 engine that is identical to the 370Z. So, in case you see an avalanche coming, hop on a 370Zki, and you will certainly get out of the danger zone. Jeep is the brand that brings us the impression of the tall, big, bulky, badass, and gaudy customised car, especially the name Jeep Wrangler. And in case Jeep Wrangler and anti-Apocalypse ever come together, you know the car will be one tough tank-like vehicle. And indeed, it is. The car tuner Geiger Cars from Germany customised a Jeep Wrangler and made it a perfect escape car in case of Apocalypse.

Jeep Wrangler Willys by Geiger Cars is an intimidating-looking car

The name “Willys” is inspired by the legendary Willys-Overland Jeep that was released in 1943, served in the Second World War, and was the first mass-produced SUV in the world. The inspiration from Willys-Overland Jeep is more than just a name: Wrangler Willys is painted in the same shade of green and the letterings on its body are no different from the original. 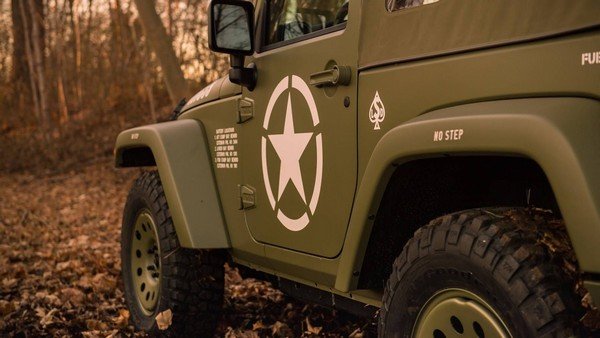 Despite the retro look, the Jeep Wrangler Willys maintains the modern 3.6-litre Pentastar V6 engine of the Wrangler, which allows it to function and run like a beast away from the disaster. If the danger that you are trying to escape is manmade (aka war), you should put a Rezvani Tank in your garage. And when an SUV is named Tank, you know it is not your average 7-seater. The Rezvani Tank will protect you from all sorts of artificial threats with some of the newest military-technology functions such as level 7 ballistics protection, B7-rated glass armour, thermal night vision, a firewall, and a smoke screen. Bullets, bombs, and trails will not be your concern anymore. Despite its rugged body, the inside is super comfortable for any driver and passenger possible. The seats are made from luxury leather, and you can customise the interior as much as you want from a variety of options provided by the car manufacturer. Running on rocky roads? Don’t worry. Comfy seats got you covered. The SUV has a powerful 6.4-litre V8 engine or a supercharged 6.2-litre Hellcat V8 engine, depending on your preference. With the starting price of USD 2,95,000 (approximately Rs. 2.1 crores), the Rezvani Tank is not a bad deal for being an “extreme tactical urban vehicle equipped to handle it all", as the CEO of the manufacturer puts it. If you want to protect yourself from human warfare, Rezvani Tank is not an overly expensive option

This is a vehicle that is extremely suitable for Apocalypse since it can move on land and, guess what, on air too! A flying car has been a dream of humankind and it seems like at the 2018 Geneva Motor Show, that dream finally came true. Different from most other ideas of flying cars in which the cars have a space-engulfing pair of wings of both sides like an aeroplane, the Pal-V Liberty is able to transform from a 3-wheeled car to a helicopter and vice versa. 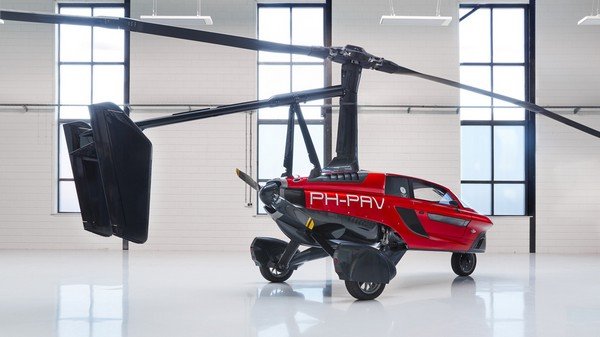 When the Liberty is in car mode, the helicopter blades are folded neatly and rest at the top of the car, while the wheels retract and keep the vehicle close to the ground. Each transformation from car to helicopter or otherwise requires some labour work and it takes from 5 to 10 minutes to finish.

Pal-V, the manufacturer, claims that the Liberty can move at the top speed of 112 mph (180 km/h) in helicopter mode and it runs like a full-fledged sports car in its car mode. Well, about the latter part of their claim, we will give it the benefit of the doubt, because to compare a 3-wheeled car to a Lamborghini just does not feel right. >>>The Most Questionable Car Modifications In The History

>>>Timeless Cars That Is Still Going Strong Until These Days