Here is a list of 10 upcoming SUVs in India that will launch in 2019 and 2020; our list includes the likes of MG Hector, Kia Seltos, next-gen Hyundai Creta and more

We are almost crossing the first half of 2019. In the first six months of the year, there are plenty of debuts and launches in the automobile market, especially in the SUV segment. Tata Harrier, Hyundai Venue or Mahindra XUV300 were some of the most awaited launches in the SUV market in the last six months. The second half of 2019 will also hold some promising and up-and-coming SUVs. Here is the list of the best SUVs that you should look forward to now.

We have been talking about the SUV since the year begins. However, it will not launch until the festive season of this year. It has been introduced at the Geneva Motor Show. The car is introduced as the seven-seater version of the Tata Harrier which was launched earlier this year. This is, no doubt, one of the most anticipated upcoming SUVs of the year. The car will be built with greater dimensions to accommodate the larger seat capacity. However, the interior and exterior will be greatly influenced by its sibling. After launch, Tata Gravitas will compete directly with the Mahindra XUV500. Mechanically, the Gravitas will receive power from a BSVI-compliant 2.0-litre diesel motor. It is expected to pair with a manual and automatic gearbox. Around the time of this seven-seater Harrier's launch, Tata Motors will also introduce the automatic version of the regular Harrier.

Another big launch of the second half of 2019 is the Tata Hornbill. Unlike the compact SUV Tata Harrier or the seven-seater Tata Buzzard, the Hornbill will be a micro SUV. Showcased as the H2X concept at Geneva Motor Show earlier this year, Tata Hornbill is expected to appear under the production form at the Auto Expo 2020. 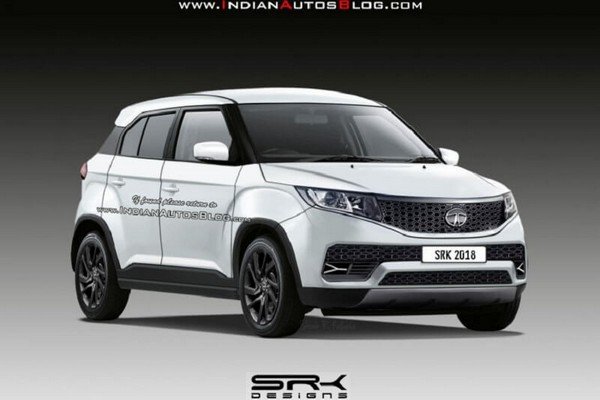 Tata Hornbill will be underpinned by the ALFA platform. Its powertrain will be brought from the Tiago. However, expect to see some minor updates on the engine option to meet the new BSVI regulation. It is unlikely that Tata will launch Hornbill with a diesel engine. 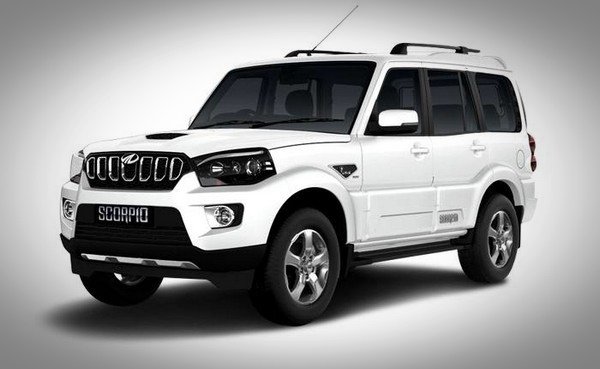 Mahindra is developing the new version of the Scorpio. The upcoming SUV model is expected to diverge far from the current version. Mahindra Scorpio 2020 has been spied for a couple of times. Under the camouflage, the new Scorpio appears to be more accentuated and aggressive. About the mechanical work, the Mahindra Scorpio gets an all-new 2.0-litre diesel engine that churns out around 160 – 170 Nm. At launch, it will directly lock horns with the Tata Harrier and MG Hector. Mahindra Thar is going to update to the next generation next year. The new Mahindra Thar will comply with the upcoming crash test and emission standard. It is expected that Mahindra Thar will grow in size. Plus, some engineering updates will be given to boost the off-roading ability. The same platform will be carried toward the new-generation but with some modifications. This is one of the most exciting upcoming SUVs in India, especially for off-road enthusiasts, as the Thar is known for its ruggedness and go-anywhere ability. After Maruti and Toyota announced their alliance, Mahindra and Ford also confirmed their future collaboration in developing new models. Reportedly, the two giant car brands will work together on a new SUV which is expected to be the new XUV500. Ford will also launch their version of this SUV. The co-developed SUV will receive the structure and engine from Mahindra while Ford will be responsible for the telematics system of this SUV. Both Ford and Mahindra’s SUVs will be launched by the end of 2020, and we expect Ford to make a good comeback with this new compact crossover. MG’s first India-spec vehicle has taken the market by storm, and MG motors is planning to update its line-up with a new product to maintain their momentum. The upcoming MG car is currently slated to be a bigger 6- or 7-seater version of the MG Hector SUV. Based on the Baojun 530 crossover SUV, the 7-seater MG Hector will go on sale sometime in 2020. The upcoming SUV will rival against Mahindra XUV500 and the upcoming Tata Gravitas, and will be offered with two engine options, 1.5-litre turbocharged petrol and 2.0-litre turbocharged diesel engine option. This upcoming SUV will surely be a success, just like its 5-seater counterpart.

The segment-leading Hyundai Creta is going to get mid-life updates next year. Recently Hyundai has launched the Venue which is expected to overtake the sub-4-meter segment soon. After the success of the new SUV model, the South Korean manufacturer will get back to one of its main staple for India market, the Hyundai Creta. The new-generation Creta is expected to load with many advanced features, for instance, full digital instrument cluster and even head-up display. It is likely that the next-gen Creta will carry some connectivity features from the Venue. Besides, the new Hyundai Creta is likely to sport bigger knee room thanks to the extended wheelbase. Reportedly, new-gen Hyundai Creta will be powered by a new 1.5-litre diesel and 1.5-litre petrol engine. Both will surely comply with the new BSVI norms. The current only engine, the Fiat-sourced 1.3-litre diesel engine, is confirmed to be called off from production. In place of the diesel engine, it is likely that Maruti will bring the 1.5-litre K15 Smart Hybrid petrol engine to the new Maruti Brezza. This engine with 103 bhp and 138 Nm is currently serving on the Maruti Ciaz and Ertiga. Besides, the chance of 1.2-litre DualJet BSVI engine on the new Brezza is left open for possibility. Maruti believes that the switch from diesel to petrol-power will not affect sales by a significant, although that will only be known after the launch.