7 Upcoming Cars To Be Produced By Mahindra-Ford Joint Venture

This article is going to inform you of seven upcoming cars which are expected to be produced by Mahindra-Ford joint venture in the foreseeable future.

American car giant Ford and homegrown carmaker Mahindra recently formed a new joint venture between the two auto manufacturers have been established to co-develop, advertise and retail of vehicles in local and certain emerging auto markets all over the world. The joint venture is anticipated to operate by mid-2020 and has a value of INR 1,925 crore. On one hand, the home-grown Indian automaker owns 51% of the controlling stake, and on other, the American car manufacturer owns 49%. Seven new cars consisting of EVs, SUVs and MPVs are expected to be launched under the new partnership. Read on to discover. 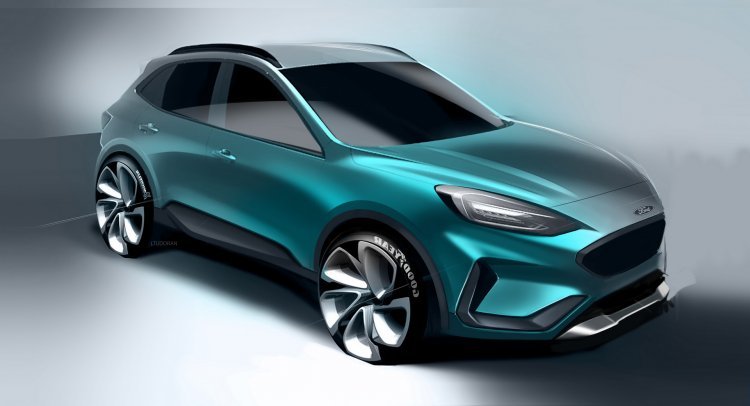 The first model to be manufactured under the joint venture between Mahindra and Ford is likely a Mahindra XUV500-based Ford C-SUV.

The first model, in all likelihood, is the new-gen XUV500. The new-gen Mahindra XUV500 is being developed and a Ford’s SUV which is based on the XUV500 is expected to be introduced to the Indian market. However, it won’t be just a rebadged version of the Mahindra XUV500; the platform and driving dynamics will be enhanced so that it could ‘drive like a Ford’

The next model is likely to be a Ford SUV which is going to compete against the Hyundai Creta and be based on the S204 compact SUV, which is the seven-seater version of the Mahindra XUV300 and currently developed by Mahindra. The vehicle will be available with a seven-seat layout, which offers it a clear advantage over its Korean competitor. To further improve its competitiveness in the compact SUV segment, especially when Hyundai will launch the new-gen Creta next year, another compact SUV will also be introduced under Mahindra-Ford joint venture.

Besides the compact SUV segment, the sub-4-metre SUV is also one of the best-selling and most fiercely-competed segments in India. To increase its competitiveness in this segment, another SUV by Ford is expected to be launched to serve as a substitute for the popular Ford EcoSport. Although it is expected to share the platform with the Ford Fiesta, not much information about this vehicle is available; therefore, by now, we cannot say for sure whether a new EcoSport will be launched in India or not. A new compact SUV named Puma has already been disclosed in the global market and it is likely to serve as an EcoSport substitute. However, it remains unknown whether the vehicle will come to Indian shores.

Two other models from Ford are likely to be an MPV which is based on the Mahindra Marazzo and an electric sedan which is based on the Ford Aspire. The former will experience quite a few alterations against its donor vehicle and could be presented as a more premium model. The latter will measure more than four metres in length and likely get a Mahindra badge in India. This EV will help both Ford and Mahindra strengthen their presence in the electric car segment which has great potentialities for development in India. EVs are also being planned to be manufactured under the JV with the start of a Ford Aspire-based EV.

All these models are expected to be launched in the Indian auto market post mid-2020, among which the first launch is probably the new XUV500. The launches will be completed by around 2025, by when 7 new models have been launched under the new venture.

With these seven new models being aggressively priced, Mahindra and Ford expect that their market share in the Indian auto market can be increased. Besides co-developing new models, the joint venture will also make use of the Ford brand distribution network in emerging markets to export Mahindra along with Ford vehicles. This JV is also anticipated to establish operations of both two auto manufacturers in over 100 potential emerging markets like the ASEAN, Middle-east regions, Russia, Africa and Australia.