What are the differences between Drum brakes vs Disc Brakes?

Drum brakes and disc brakes are the two most common brake types. But do you know the differences as well as the pros and cons of each brake type?

Throughout years, engineers have applied various innovative technologies to update the braking system. However, drum brakes and disc brakes still remain as one the most popular mechanism for braking. But do you know the differences between a disc brake and a drum brake? And what are the pros and cons of each one? Let's find out the answer to this question with IndianAuto. 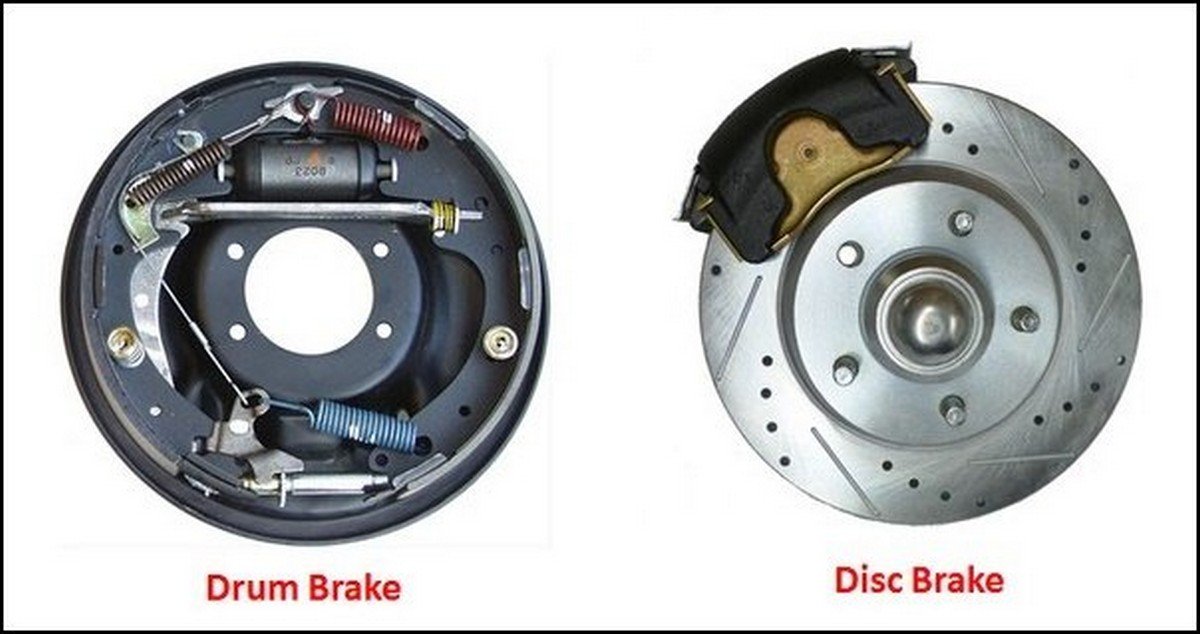 The name "drum brake" comes from the shape of a brake component. Drum brake was developed about one century ago. It still manages to stay relevant until these days despite the ever-growing braking technology development. However, it is not as prominent as before and starts to lose its prime status to the disc brake. In the modern cars, drum brake is mostly used for the rear wheels of heavy vehicles.

The operating system of a drum brake

The main components of a drum brake system are wheel cylinders, brake shoes, and brake drums. When you press the brake pedal, the force is transferred through the brake fluid in the brake line into the hydraulic wheel cylinder. The cylinder will push the two brake shoes against the rotating brake drums. As the result, the friction will be generated to stop the wheel. The video below will explain and illustrate how the drum brake system work:

How the drum brake works

Pros and cons of drum brakes: The drum brake was the number one choice till the appearance of the disc brake. Drum brake’s effectiveness declines as new car models are getting faster and faster. To keep up with the faster speed, disc brakes are invented to generate a better stopping power. The main components of a disc brake system

See this clip below to see the animation of how the disc brake work:

How the disc brake works

Pros and cons of disc brakes:

Visit our site - IndianAuto for more information about the braking system as well as other car tips and advice: