9 0
The new BSVI-compliant Maruti Ciaz petrol has been spied while undergoing trial runs on the Indian roads. Other models in the carmaker's lineup are also expected to receive mechanical upgrades to attain compliance with stricter emission norms.

With the stringent BSVI emission norms are around the corner, Maruti Suzuki is preparing for the launch of the updated Ciaz which has been spotted undergoing testing on the roads recently. The car was spotted wearing a “Smart Hybrid” badge on the boot lid, implying that it will inherit the mild-hybrid system including a dual-battery setup along with an integrated starter generator from the BSIV-compliant version. 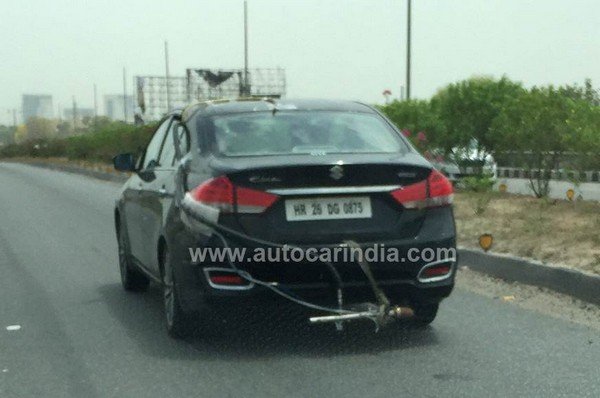 The facelifted Maruti Ciaz has been caught testing on the roads giving us a brief idea of how it could look like.

Back in August 2018, Maruti Suzuki launched a facelifted version of its executive mid-size sedan, the Maruti Ciaz in the Indian market. The updated Ciaz sports a host of cosmetic changes, a new 1.5-litre K15B gasoline engine featuring a new-gen Smart Hybrid tech. This mill is capable of outputting a maximum power of 105 HP and a peak torque of 138 Nm. Besides, the mild hybrid system facilitates brake energy recuperation as well as torque assist. It also enables idle start-stop function which helps deliver a staggering ARAI-rated fuel efficiency of 21.56 kmpl. Transmission duties are done by a 5-speed MT or a 4-speed AT unit. For now, it remains unknown if these power and torque figures and the transmission package could make their ways to the BSVI version. 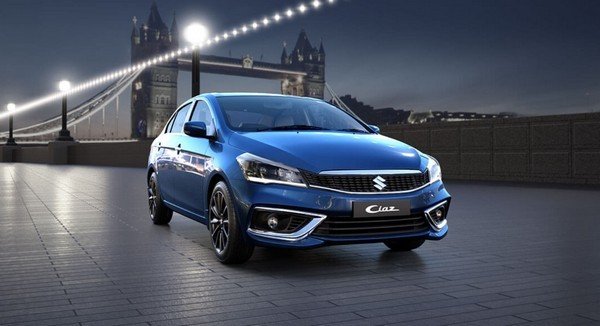 With the BSVI updates, the new Ciaz is expected to get a marginal increase in the prices over the older one.

Maruti Suzuki takes the lead among various carmakers to roll out the first BSVI-petrol engines in the market ahead of the April 2020 deadline. Particularly, two of Maruti Suzuki’s most popular hatchbacks, namely the Maruti Alto and the Baleno have already complied with the tougher emission norms followed by many other models in the pipeline. Aside from the new Ciaz, Maruti Suzuki will also introduce the same BSVI compliant 1.5-litre petrol engine for some of its future models including the Maruti Ertiga, Vitara Brezza and S-Cross.