Bugatti Sedan Canceled At Last Minute Because Of Awful Design

Bugatti is known for its great design and powerful performance. Every car made by Bugatti has to uphold a standard, otherwise, it shouldn't go into production. Bugatti Galibier is one example. Bugatti is among the top esteemed and famed carmakers of luxury and high-performance vehicles. Starting as a successful French race car manufacturer, Bugatti has enjoyed its past heyday as a world-leader in racing. In the modern-day, after many changes in the ownership, in 1998, Bugatti had become a member of the Volkswagen family. The first cars to be produced after Volkswagen's acquisition was the Veyron. This car has marked the phenomenal revival of the French car brand, becoming the world's fastest production car, a crown it held for more than decade! This lead to tremendous success for Bugatti in terms of both branding and sales.

Following its overwhelming start with the Veyron, Bugatti was eyeing to introduce a powerful sedan. Known as the Galibier, the car had almost gone through the development stage, but was then cancelled. The disruption, as revealed by Achim Ascheidt, Bugatti’s Head of Design, is because of the awful design.

According to Anscheidt, the Bugatti Galibier is one meeting away from reaching the final decision for launching. The concept version of the Galibier was fascinating and good-looking enough to get the first approval for development. However, along the way, things turn sour because the company has added too many ideas into this concept car, all at the price of beauty and style of the original design. 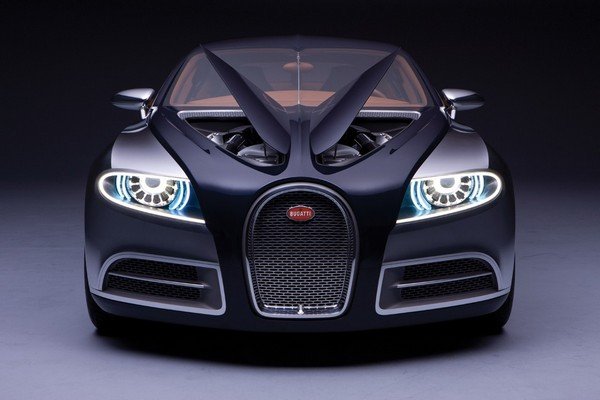 Bugatti Galibier had entered development before it was cancelled

In his words, Bugatti wanted to make a luxury car on par with the Roll Royce Phantom with equivalent or an even more comfortable package, while still holding on to the highest standard in terms of performance. These conflicting requirements have ended up confusing the original idea of making a sporty and elegant sedan. The final result was loss of all the charm os the initial concept.

“Viewed from the side, the car looked like a dachshund. From the back, it was like looking at a bowler hat on wheels,” he described. The ill-fated Galibier was axed on May 10, 2012, on the day of meeting with a “powerful and influential gentleman from Salzburg.”

Also Read - When A Bugatti Is Made Out Of Lego

After the end of the Galibier, Bugatti has soon embarked on a new project which is the Chiron. Bugatti Chiron has finally entered the market in 2016, four years after the Galibier was dropped. The closure of the Bugatti Galibier is a reminder for other car manufacturers to be aware of its limit and not to pushing too hard or else, it will end up a messy design. For more such interesting car news and stories, visit IndianAuto.com.