Ford Freestyle Flair Edition has arrived at dealerships. Here is a walk-around video of the new special edition that highlights the key features of the vehicle

Ford has recently added a new special variant to the Ford Freestyle line-up. Called Ford Freestyle Flair Edition, the new variant is the enhanced version of the regular model with some new cosmetic elements.

The Flair Edition is based on the top-spec Titanium Plus of the Freestyle. The new model is launched at the initial price of Rs 7.69 lakh and Rs 8.79 lakh for the petrol and the diesel version, respectively. Compared to the Titanium+, the Flair Edition commands an extra amount of Rs 30,000. 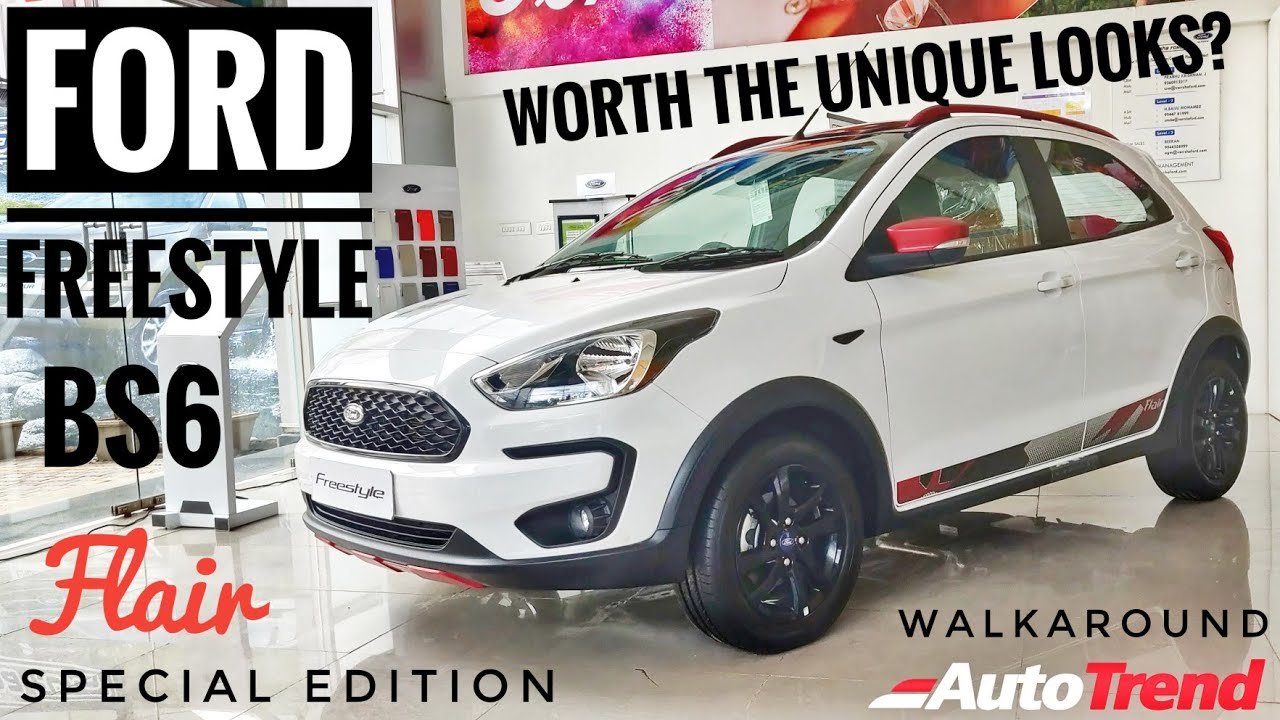 Ford Freestyle Flair Edition inherits the design elements from the top-spec Titanium+. However, to make it distinguished from the regular model, Ford has added a couple of cosmetic highlights for the exterior and the interior. With the Flair Edition, Ford wants to highlight the sporty appeal of the cross hatchback. Therefore, the exterior of the Freestyle is added with sleek black alloy wheels, blacked-out roof with red roof rails, red skid plates, red wing mirrors and body graphics. However, these are all the new features that the Freestyle Flair Edition gets by far. The new edition would have done better with LED DRLs and projector headlights. Considering that these features might push the price up significantly, Ford has decided not to adopt these features on the new Flair Edition.

As for the interior, the Flair Edition keeps the same arrangement but with some subtle aesthetic updates like black theme with red accents across the cabin, red contrast-stitching on black-grey seats and stitched Flair badge as well. Ford Freestyle interior is enhanced by some new aesthetic updates

About the features, the interior of the Flair Edition remains unchanged. It comes with the same interior features offered on the top-spec Titanium+. The new edition comes with a similar 7-inch touchscreen infotainment system, automatic climate control, auto-wiper and Ford Pass in-car connectivity system. In addition, there are other safety features like 6 airbags, rear parking camera, ABS with EBD, Active Rollover Protection.

Earlier this year, Ford has upgraded the engines of the Ford Freestyle along with other vehicles on its range to meet the new BSVI emission norms. Ford Freestyle is now available with two BSVI engines, 1.2-litre petrol (96PS/120Nm) and 1.5-litre diesel (100PS/215Nm). These two engines come with a standard 5-speed manual gearbox. The addition of the Ford Freestyle Flair Edition is expected to improve the sales of the Freestyle.