63,493 Units of Maruti Suzuki Ciaz, XL6 and Ertiga To Be Recalled For Inspection

0 0
Maruti Suzuki has recalled hybrid units of Maruti Ciaz, XL6 and Ertiga for inspection of a potential defects with the MGUs.

Recently, Maruti Suzuki India has recalled a total number of 63,493 units of Maruti Ciaz, XL6 and Ertiga produced from the beginning of January 2019 to 21st November 2019. The recall will be applied to only Smart Hybrid petrol variants of these models. It is announced that the recalled units will go under inspection regarding the issues related to Motor Generator Units. 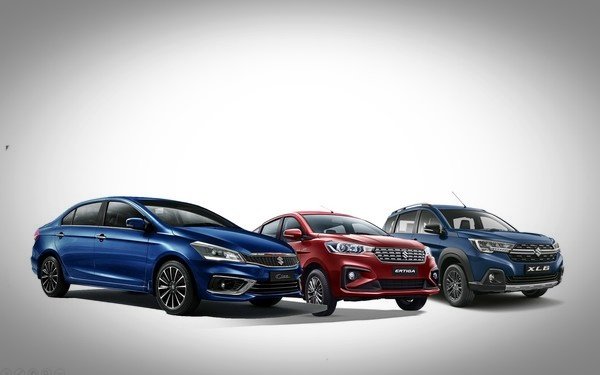 There is a total of 63,493 Units of Ciaz, XL6 and Ertiga under the recall campaigns

The hybrid engine shared among the three mentioned models is the 1.5-litre K15B Smart Hybrid petrol engine which can deliver a maximum power of 105 PS and 138 Nm. This engine comes with either a 5-speed manual transmission or a 4-speed automatic gearbox.

In its recent announcement about the recall of hybrid Ciaz, XL6 and Ertiga, Maruti claimed the inspection will be carried out on 63,493 units to detect a possible issue with the MGU which is deemed to occur during “manufacturing by an overseas global part supplier.” Vehicles detected with faulty issues will be replaced at zero cost

As a part of the recalling scheme, Maruti has started to proactively approach the owners of the suspected vehicles. After the examination, the vehicles without any defects will be released while those detected with faulty car parts can get a replacement. The company will deliver car parts at free cost. Besides, to make it convenient for the customers, the company will arrange alternative means of transport for owners of vehicles requiring replacement.

If your vehicles are of the suspected area, you can follow the instruction given by Maruti.

The website will tell you if your vehicle is among the affected units. The recall campaign was launched since December 6. Visit IndiaAuto to get the latest car news and reviews.