Hyundai and Geneva Motor Show Latest Victims of Coronavirus, Will it Lead to Delay in Launch of All-new i20?

A Hyundai's worker tested positive with coronavirus recently has made Hyundai shut down the factory in South Korea. Read on for the details.

Hyundai Motor on Friday shut down a factory based in Ulsan, South Korea after a worker infected with the new coronavirus, causing the suspension of the production of the popular Hyundai cars such as the Hyundai Palisade, Hyundai Tucson, Hyundai Santa Fe or the Genesis GV80. A direct impact of Coronovirus in the company's Indian operations, however, could be due to a possible delay in the launch of the all-new i20. The third generation of the South Korean supermini was earlier slated to debut at the Geneva Motor Show. However, one of the biggest motor shows of the world stands cancelled due to the virus scare. The delay in the official debut, along with the shutting down of a factory at the company's home market, just might end up impacting the introduction of the supermini in the Indian market. It may be noted here that Hyundai had earlier scheduled three world debuts at the auto show on 3 March 2020, viz. next-gen i20, i30 facelift and Prophecy EV concept. However, because of the Coronavirus outbreak, these vehicles could face delays in their debuts. Also, as per some recent reports, shares of the South Korean carmaker have reduced over 5% after the news of shutting down of the plant. Another factor that has dealt a setback to Hyundai is the shortage of some components from Chinese OEMs.

Currently, Hyundai operates five factories in Ulsan which has a capacity to produce around 1.4 million vehicles on an annual basis, accounting for nearly 30 per cent of the company’s global production. The number of workers in those factories is at 34,000. 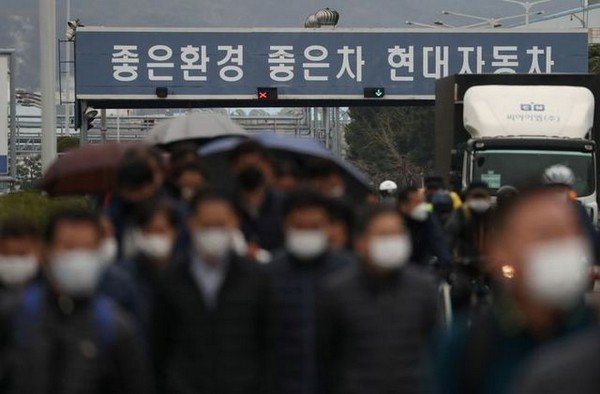 Ulsan is about an hour far from Daegu which is the epicentre of the coronavirus outbreak in South Korea. A factory run by Seojin, a supplier of Hyundai, had been shut down as well after the death of a worker infected with the virus. The factory then was opened again on Wednesday.

Speaking on the case of a worker tested positive with coronavirus, Hyundai’s spokesman said

"The company has also placed colleagues who came in close contact with the infected employee in self-quarantine and taken steps to have them tested for possible infection."

In India, the Coronavirus spread has takes a toll on the country’s automotive component industry. While China accounts for about 27% of our auto component imports, the coronavirus outbreak has started affecting the industry adversely. The vehicle demand in India is also expected to decline by 8.3%. Luckily, the virus cases in India don't seem to be on a rise.