22 0
After the launch of the Hyundai Kona, an all-electric SUV, Hyundai now plans to launch a more unconventional vehicle – the hydrogen-powered Hyundai Nexo SUV

Hyundai India just launched the Kona EV at the price from Rs. 25.3 lakh to Rs 25.5 lakh. This EV SUV is Hyundai’s first electric for our market as well as India’s first all-electric SUV. But Hyundai will not settle with just one EV. As confirmed earlier, Hyundai will put a Rs 1,400 crore investment into manufacturing affordable EVs. Moreover, after the Kona, Hyundai will launch the Hyundai Nexo, a hydrogen-powered vehicle. This new vehicle is expected to launch in 2021.

Just like electric vehicles, Hyundai Nexo will not be powered by either petrol or diesel engine. Instead, Hyundai Nexo, which is currently on sale in its home market in South Korea and America market, will use the Hydrogen fuel cells. Last year, Hyundai has introduced the Nexo to the Indian audience at the India-Korea Business Summit.

The powertrain of this hydrogen-powered vehicle includes an electric motor with the maximum power of 161 Bhp and the torque of 395 Nm. This electric motor allows the car to reach 100 kmh in 9.5 seconds from standstill. The power output range is efficient enough for city driving.

Apparently, a hydrogen fuel cell takes less time to refill than the conventional electric vehicle which usually requires hours of charging. 5 minutes are all it takes to fill up the hydrogen cell. The hydrogen-powered models also have a higher range than the fully-electric cars. The international-spec Nexo features the range of around 800 km. When entering the India market, this model could offer the range of up to 1,000 km for each charge. 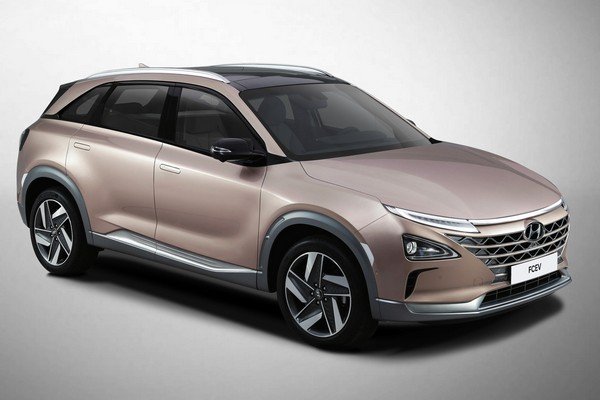 Hyundai Nexo could return the range of 1,000 km when entering the India market

Hyundai Nexo’s platform is likely to be deployed in various new models with the same hydrogen-powering system. With a huge tank capacity of 156 litres, Hyundai Nexo could return a longer range.

Generally, a hydrogen-power vehicle would take longer than usual to launch than the regular model. It is also noteworthy that Hyundai Nexo takes even more time to warm up than other hydrogen-powered vehicles.

For customers who are wondering if the hydrogen vehicles require special fuel-filling infrastructure, the answer is yes. A hydrogen-powered vehicle, unlike petrol and diesel cars, needs a dispenser with special nozzles. Hyundai also claims that its hydrogen-powered Nexo could offer the same reliability as in the conventional internal combustion engine.

In the national market, there are only several modes using the same fuel technology including Toyota Mirai and Honda Clarity. Hyundai Nexo will be the first one of its kind to launch in India. For more news about cars, visit IndiaAuto.com.