Hyundai Venue has clocked over 50,000 bookings within two months after launch.

Hyundai Venue was launched on May 21. Two months after launch, the South Korean carmaker announced that the sub-four-meter SUV has garnered over 50,000 bookings. Since the beginning, the Venue has been receiving strong positive signals from the market. The rise of the Venue is getting on the segment-leading Maruti Brezza’s nerves. It is likely that Hyundai Venue will overthrow the Brezza if it keeps its current growth rate. Hyundai Venue became an instant hit owing to its competitive pricing and a fully-loaded feature package. At launch, Hyundai Venue is sold at the starting price of Rs 6.5 lakh. Another factor that contributes to the success of the Venue is its long list of features. Besides some familiar upmarket features like automatic climate control, electric sunroof, air purifier and automatic headlights and wipers, the SUV also presents a high level of connectivity that allows easy control of the vehicle.

Unlike the Brezza which is only available in diesel version, Hyundai Venue offers both diesel and petrol engine. There are three engine options for the Venue, 1.2-litre four-cylinder petrol, a 1-litre three-cylinder turbocharged petrol and a 1.4-litre turbocharged unit. The first petrol option provides the maximum power of 82 Bhp and 114 Nm while the latter is good for 118 Bhp and 172 Nm. The only diesel engine generates the power of 89 bhp and the torque of 220 Nm. Each engine is available with different transmission options. The 1.2-litre petrol engine gets a 5-speed manual gearbox and the 1.4-litre turbocharged unit is paired with either a 6-speed manual gearbox or a 7-speed dual-clutch unit. The diesel engine comes with a six-speed manual gearbox. According to Vikas Jain, Hyundai’s National Sales Head confirms the sales of the dual-clutch transmission version contributes to 35 per cent of the total bookings. And 55 per cent of the bookings are loaded with Blue Link system. 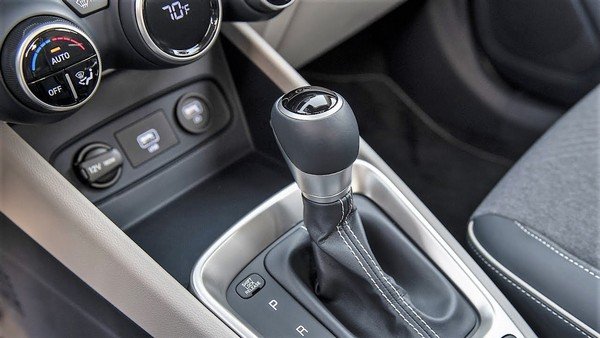 Hyundai Venue has an upper hand in the competition against the Brezza thanks to the availability of both diesel and petrol engine. Right now, Brezza only provides diesel option. It is expected that petrol Brezza will go on sale but the launch of the petrol variant will not be ready any time soon. For more news, visit IndianAuto.com