Hyundai Venue Disclosed Ahead Of Its Launch On May 21

Hyundai Venue, the 'first connected SUV in India', has just been revealed in India in parallel with its international debut at the 2019 New York Auto Show. The new model will launch on 21 May.

The place where Hyundai Motor India Ltd (HMIL) unveiled its upcoming premium SUV in India is very special- The new model was revealed on a vessel which sailed through the Arabian Sea. Meanwhile, the Venue also made its global debut the New York International Auto Show. The South Korean automaker has also stated that it is gearing up to launch new SUV on May 21. India will become the first mrket to receive the new model.

Aimed to satisfy the demands of the youngsters in India who desire for a cutting-edge affordable SUV, the Hyundai Venue has been carefully tailored for the local audience. It boasts a contemporary and aggressive look while also offering top-notch features inside its cabin. Specifically, the front reminds us of the Hyundai Kona with a similar composite light system and a cascading grille. On the sides, we can observe similarities with the Hyundai Creta in the daylight opening area and the straight lines. The rear comes with squarish LED taillights and a nicely-sculpted tailgate, which makes it look more dynamic than both the Creta. 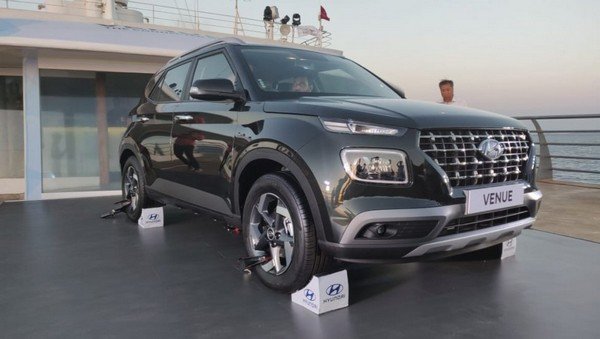 The Hyundai Venue appearance bears resemblance to both of the Kona and the Creta.

The cabin of the Hyundai Venue is made up of upmarket materials. It comes with a grey colour theme. Also, the new SUV marks the introduction of the ‘Blue Link’ system, which includes 33 connectivity car features, 10 of which are specifically developed for India. Besides the impressive Blue Link system, the cabin of the SUV also comes with a floating touchscreen infotainment setup. Squarish air vents with rounded corners are positioned at the two sides of the infotainment unit. The other noteworthy interior features include a wireless charger, a cooled glove box and an Arkamys sound system. The vehicle is also equipped with a wide list of safety features that include 6 airbags, anti-lock braking system with electronic brakeforce distribution, electronic stability program with vehicle stability management and ISOFIX child-seat tethers, etc. 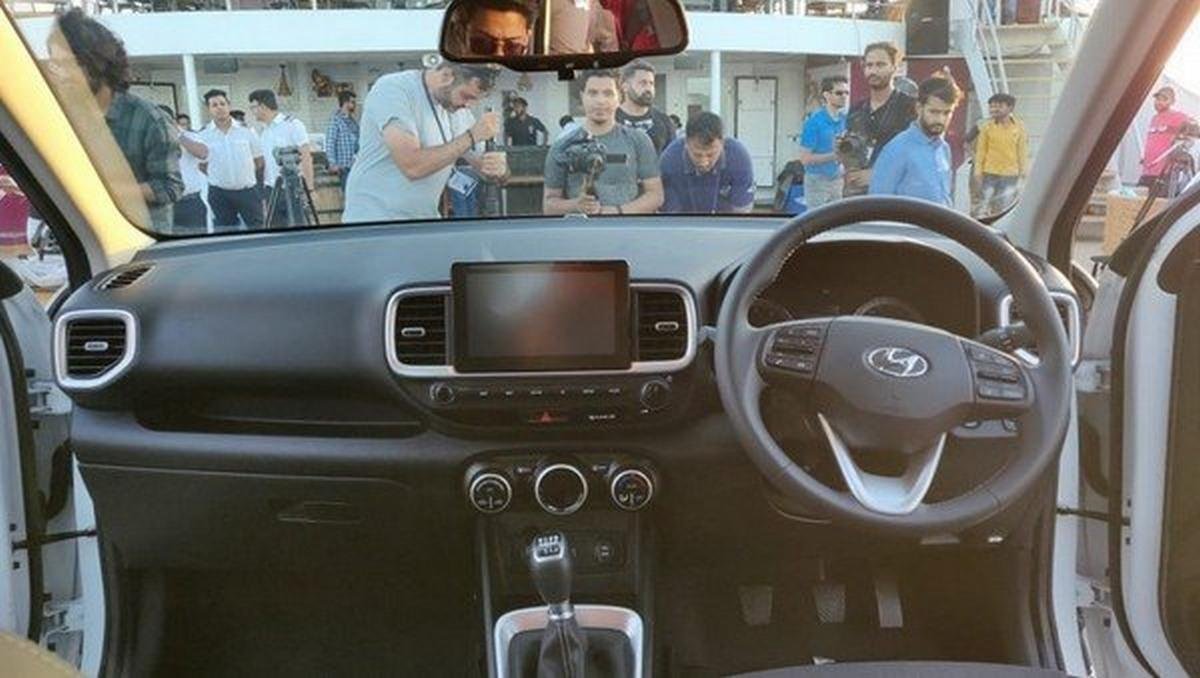 The cabin of the Hyundai Venue is equipped with a wide range of technologically-advanced features.

Once launched, the Hyundai Venue is expected to be powered by three motor options- a 1.0-litre Kappa T-GDI turbo direct-injection petrol motor which can produce 120 PS against 175 Nm and is paired with either a 7-speed DCT or a 6-speed MT gearbox, a 1.4-litre CRDI turbo diesel engine which can deliver a maximum power/torque output of 90 PS/224 Nm and comes mated to either a 6-speed MT unit, and a 1.2-litre Kappa petrol unit that can generate 83 PS against 90 Nm and is coupled with a 5-speed manual transmission.

“Today we are glad to unveil the Hyundai Venue- India's First Connected SUV at the most unique venue. Hyundai Motor India is committed to lead the Indian auto industry by introducing world-class products. Hyundai Venue will create quality time for customers, making their life a Happy Life. Being India's first connected SUV not only makes Hyundai Venue a new benchmark in the segment but also demonstrates Hyundai's unwavering emphasis on offering the highest quality and feature-rich products to the customers.”

The Hyundai Venue SUV should launch in a price range of Rs 8 to 12 lakh. It is expected to directly compete with Tata Nexon, Ford EcoSport, Maruti Vitara Brezza and the recently launched Mahindra XUV300.